Expired News - Tax havens exposed for rainforest and fishery destruction - The Weather Network
We use cookies on this site to improve your experience as explained in our Cookie Policy. You can reject cookies by changing your browser settings.   READ MORE I ACCEPT

Wednesday, August 15, 2018, 12:08 PM - The environmental degradation caused by tax havens and the North American diet, using artificial glaciers to mitigate the effects of climate change, and the pros and cons of solar geoengineering. It's What's Up in Climate Change.

Tax havens have longed been used to dodge regulatory watch dogs, avoid domestic taxation rates, and in some cases provide high levels of secrecy for business and other transactions. The Panama Papers leak in 2016 resulted in explosive findings of prominent politicians and businesses evading domestic taxes and raised questions of the legal and moral implications of tax havens. While they are not illegal, they present sociopolitical and economic challenges and OXFAM attributed them to largely contributing to the widening gap between the rich and the poor. In addition to contributing to global economic inequality, a new study finds that the corporate use of tax havens has significant environmental consequences, particularly by blurring the transparency of illegal and unsustainable resource extraction in global fisheries and the Brazilian Amazon rainforest.

Clear-cutting is an example of a harmful forestry practice that destroys habitats and the health of the remaining forest. Credit: Wikimedia Commons

The fisheries industry is complex to regulate and govern because of long supply chains, complex ownership structures, and limited capabilities of coastal nations to monitor and trace all fishing activities. The industry can use tax havens in a number of ways to avoid taxes, such as vessel owners openly conducting legal fishing practices but also secretly doing illegal, unreported, or unregulated practices. The study shows that approximately 70 per cent of known vessels are registered in tax havens, which complicates global efforts to maintain the health of oceans and fish populations.

On land, the damaging effects from resource extraction are much more noticeable (see video above). The Amazon rainforest plays a critical role in maintaining the health of the global climate system by capturing carbon and producing oxygen, but is also a center of constant natural resource extraction and economic investments. The thriving Brazilian beef and soy sectors are two key drivers of deforestation in the Amazon rainforest, and the study shows between 2000 and 2011 approximately $18.4 billion USD was transferred to nine largest companies in these sectors, which makes up 68 per cent of all transferred foreign capital.

While many countries and international organizations are working towards improving the environment, this study shows how the use of tax havens not only allows for loopholes in sustainable practices, but shields corporations from facing accountability.

What would happen if everyone in the world ate like a North American? A new study says that will never be possible, because there is not enough land on Earth.

Trends of increasing urbanization is resulting in the global spread of the Western diet, which is characterized by a high intake of red meat, refined sugars, highly processed foods, and minimal fiber. Studies have shown that as regions adopt the Western diet the environment suffers due to increased pressures on land and natural resources, such as water. Since more of the world is adopting the Western diet, researchers wanted to investigate how the environment would be affected if everyone followed the United States Department of Agriculture (USDA) dietary guidelines.

The USDA food guide visual to help readers gauge how much space each food group should take up on a plate. Credit: Wikimedia Commons

The USDA guidelines recommend the quantity of servings from various food groups for adequate consumption of daily nutrients and a caloric intake of 2000 calories per day. The researchers used global food supply databases and grouped the supply into the major USDA food groups (fruits, vegetables, grains, meat/protein, dairy, oils, and discretionary) and also calculated domestic land use, daily consumption for a full year, change in agricultural land area, and global population, and determined that there would need to be "dramatic and unstable increase in agricultural lands."

An additional amount of land would be required to provide enough fruits, dairy, and oils, whereas large amounts of land would be spared for the meat, vegetables, and grain sectors. In total, an additional 1 gigahectare of land would be required, which greatly exceeds the amount of fertile land that is currently available in the world. To feed the entire world with a North American diet, the world would have to add fertile land that is roughly equivalent to the size of Canada. The need to add such a large amount of additional land indicates that North American diets, particularly those that follow the USDA dietary guidelines, do not involve sustainable agricultural practices due to land displaced by food imports and the consumption of land-intensive foods like meat.

Land use for meat is greater in North America than in any other continent, and if the USDA guidelines were followed there would be a significant amount of land spared. The U.S. is one of the few high-income nations with exceptionally high obesity rates, which indicates that the dietary guidelines are not being followed. Livestock, such as cattle and pigs, account for 18 per cent of total global greenhouse gas emissions, and a shift to less meat-intensive diets could reduce carbon emissions and save land.

Unprecedented ice melt has occurred over the past few decades and some climate scientists say the uncontrolled melt is past the point of no return. Arctic and Antarctic ice is critical for stabilizing the global climate and ocean circulation patterns, yet sea ice extent has reached record low levels in both poles and Arctic ice is undergoing the fastest decline in at least 1,500 years. The data is alarming, and researchers are considering innovative options for preserving the natural functions of the ice masses we are rapidly losing.

Ice all around the world is being affected by climate change, even the glaciers that are located in mountainous regions. Remote communities in the Himalayan regions rely on the meltwater from mountainous glaciers as their main source of drinking water, and a new study investigated how ice reservoirs, which are also called artificial glaciers, could be used to reduce seasonal water scarcity and crop failure risk. 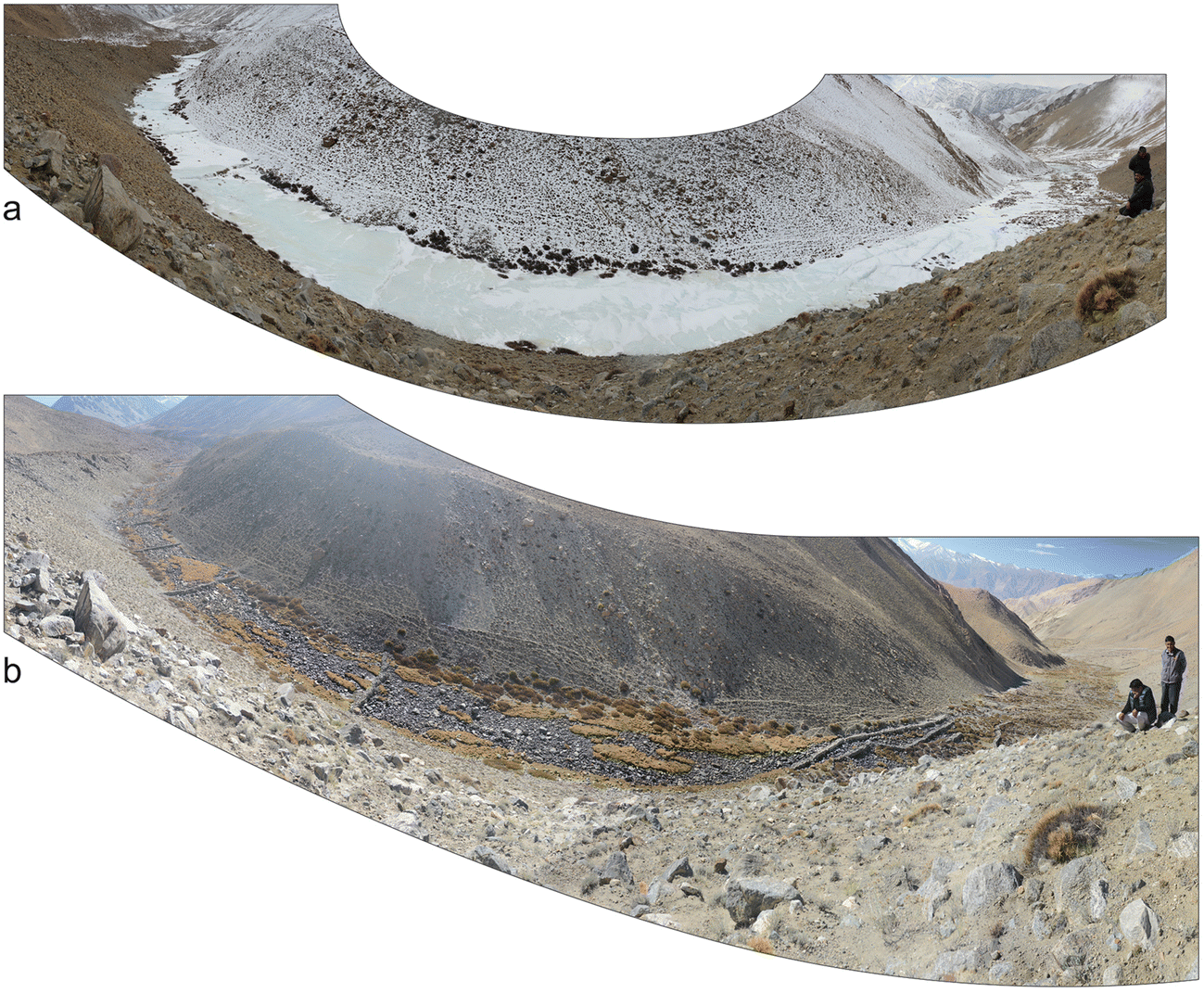 The study was conducted in Ladakh, northern India where funding over the past 30 years has provided the construction of 14 seasonal artificial glaciers in the high-altitude desert, which are fed by meltwater runoff and stored as ice in cooler regions. In the dry, early months of spring the artificial glaciers begin to melt and provide sufficient drinking water and a source for irrigation.

The researchers note that artificial glaciers can be replicated in many mountainous regions around the world and are particularly useful for remote communities that largely rely on meltwater for agriculture and safe drinking water. While the community was able to contribute to reusing existing water for storage in cooler regions, this strategy demonstrates how artificial glaciers can be a site-specific strategy to mitigate climate change, prevent crop failure, and create new opportunities to grow cash crops to stimulate the local economy.

What if scientists could design machines that can suck out carbon from the air, stop rising temperatures, and let us continue using fossil fuels without dangerously changing the climate? This wishful thinking is what some are hoping could soon hamper the environmental damage humans are causing, and emerging technologies are slowly showing potential for managing carbon emissions. However, all environmental interventions have some type of side effect, and a new study evaluates how blocking incoming sunlight could cool the Earth but also cause mass crop failure, and provides insight to see if it would be worth it.

The researchers in this study evaluated past volcanic eruptions and considered how solar radiation management (SRM), which is the intentional release of aerosols into the atmosphere to control the climate. When volcanoes erupt they release sulfur dioxide, which later is converted into sulfate aerosols, which block incoming sunlight and have a cooling effect on the planet. The massive Mount Tambora volcanic eruption in Indonesia (1815) released so much volcanic ash that it plummeted global temperatures through the following year, which was referred to as "The Year Without Summer" and caused global crop failure and starvation.

Since the release of sunlight-reflecting aerosols is part of a natural occurrence, some reason that SRM should be used as soon as possible to control warming temperatures. The reflection of sunlight is what has caused mass crop failure after past volcanic eruptions, but the study notes that lower temperatures could help reduce the amount of heat stress plants experience and potentially increase crop yields. By analyzing two previous volcanic eruptions, El Chichón (Mexico, 1982) and Mount Pinatubo (the Philippines, 1991), the researchers found that even though plants did suffer from less heat stress there was overall lower crop productivity, particularly in maize, soy, and rice, which are staple foods for millions.

Other studies have noted that injecting aerosols into the atmosphere could have dire implications for human health by significantly lowering air quality and could cause a spike in respiratory illnesses globally. Considering the likelihood of reduced crop yield when there is nearly 800 million people in the world that do not have enough to eat with an added risk of respiratory illness, this study shows that while SRM could effectively combat warming temperatures, it likely won't be the first wide-scale geoengineering solution the world uses to fight climate change.