Expired News - Earth could enter irreversible 'hothouse state', here's when - The Weather Network
We use cookies on this site to improve your experience as explained in our Cookie Policy. You can reject cookies by changing your browser settings.   READ MORE I ACCEPT

EARTH IS AT RISK OF ENTERING A PERMANENT HOTHOUSE STATE

Earth is coming closer and closer to passing tipping points that could cause global average temperatures to increase by 4 to 5 degrees Celsius and alter functions in the environment to the point where human intervention would not prevent catastrophic damage. The new study projects that this hothouse state could happen even if targets for carbon reductions are met.

These findings come from an international team of scientists and who published their research in Proceedings of the National Academy of Sciences (PNAS), and warn of severe risks to human health, economies, political stability that could make places like the United States, Africa, and Australia largely uninhabitable due to desertification and flooding from sea level rise.

The Paris Agreement aims to prevent warming above 2 degrees Celsius from pre-industrial levels, but many studies report that there is a high probability that we will exceed this limit - some even project a 4 degree warming by 2100. Most studies model future climate change by projecting carbon emissions and global temperature rise, but this study suggests that the effected feedback processes in the environment coupled with degradation of the biosphere is an important, and possibly dominant, factor in the trajectory that Earth will follow in the future.

The environment functions through a series of feedback relationships where a process in the environment affects another. For example, warm temperatures melt the light-coloured and reflective Arctic snow and ice, which reveals darker surfaces like soil and ocean waters. These darker surfaces then absorb more heat, which causes more snow and ice to melt, and the loop continues. The environment is made up from and balanced by a number of feedback relationships that function under certain limits, and the study reports that passing certain environmental thresholds could cause a 'Hothouse Earth' where environmental conditions are irreversible and cannot be stabilized by human intervention.

In a 'Hothouse Earth' the perturbed feedback relationships would become self-perpetuating after a critical threshold is passed, and the increased global temperature average will be 4 to 5 degrees Celsius higher than pre-industrial temperatures would cause sea level rise to be 10 - 60 metres higher, which could drown New York City, London, Miami, Paris, and Tokyo.

Despite the alarming projections, the study indicates that collective human action can steer us away from precarious hothouse state if there is global stewardship for all parts of the environment, developing more carbon sinks such as forests, behavioural changes, new governance arrangements, and transformed social values.

Depending on how technology advances, geoengineering solutions such as carbon capture could be a resource, but these technologies pose significant political and human health challenges. Amidst such uncertainty, a guaranteed outcome is that unprecedented change will continue, and the ideal outcome of a stabilized 2 degree warming could make Earth warmer than any other time over the last 800,000 years.

Everyone is noticing that this summer has been exceptionally hot, and in the coming years extreme heat could force millions to seek refuge as places become inhabitable. By 2050 there could be over 200 million environmental migrants with many being children. Children rely on adults for care and shelter which makes them more likely to suffer from stressors such as extreme weather events, and a new study shows that their bodies are the most sensitive to climate change because of anatomic, cognitive, immunologic, and psychologic differences compared to adults. 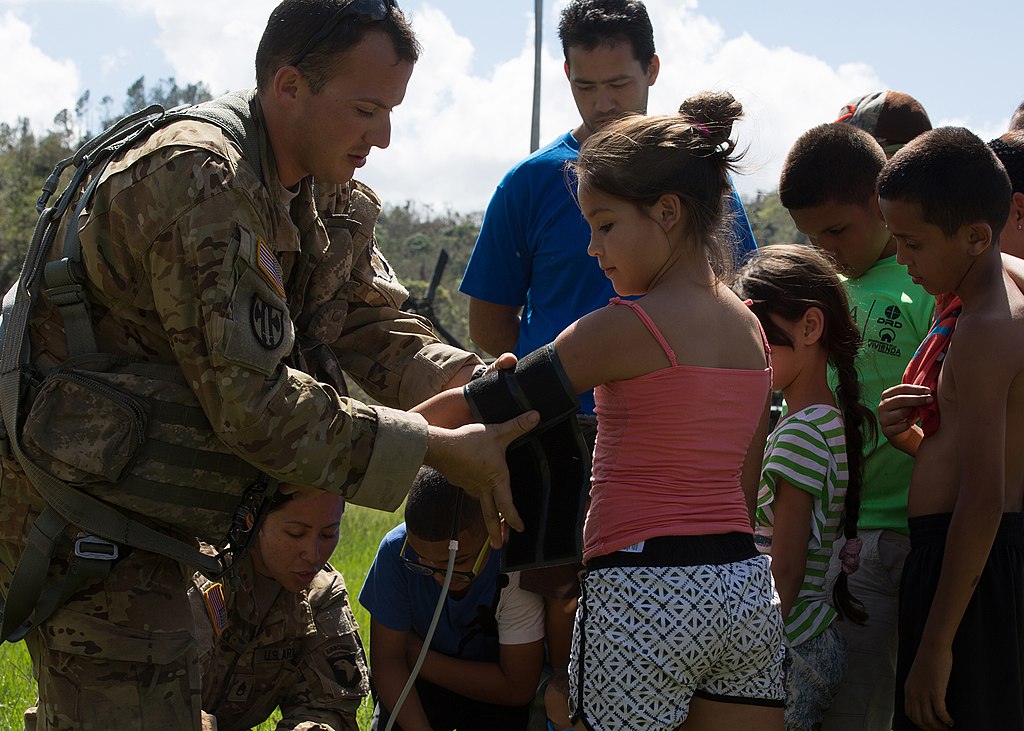 Children are not able to control air quality, outdoor temperatures, or food availability and experience disproportionate impacts because their smaller body size results in a greater body surface to volume ratio, creating particular risk for dehydration and heat stress. Air pollution and allergens are exacerbated by heat waves and have a particularly high risk for affecting children more than adults because of their underdeveloped respiratory and immune systems.

In addition to physiological risks, climate change can have devastating effects on a child's development and well-being. Increased and more severe droughts can cause political and economic problems for communities and result in forced migration to other regions with more resources where access to healthcare and safety might be uncertain.

The magnitude of this worsening problem is undeniable - approximately 2.3 billion children will be impacted in some way by climate change, and international collaboration and contributions from non-governmental organizations will be necessary for providing protocol, experts, and resources. The researchers emphasize the need for countries to work together and the development of best practice guidelines for climate change event planning to effectively address the health and care of children.

Plastics are a hot environmental topic right now - companies are rushing to advertise their plans to ditch straws while others are criticizing that the movement is disconnected from bigger sources of plastic pollution, such as discarded fishing equipment in oceans.

Pieces of plastic that washed ashore in San Francisco after a storm over the Pacific Ocean. Credit: Wikimedia Commons

When exposed to sunlight plastics found on both land and sea release methane and ethylene and continue to emit these gases in darkness after initial sunlight exposure. Polyethylene is the most produced and discarded type of plastic, and the study found that it is the biggest emitter of both greenhouse gases. The plastics that released the highest amount of greenhouse gases were those that were exposed to air in warmer environments, and both aquatic and land plastics released the gases over its entire life cycle.

To date it is estimated that 8.3 billion megatonnes of plastic has been produced globally and plastic production is estimated to continue growing. Large river systems and mismanagement of waste cause significant amounts of plastics to enter the ocean, which are transported to some of the most remote places on Earth. While the straw ban is contentiously debated, interest for more government involvement in managing plastic waste could become increasingly discussed.

WHAT'S THE LINK BETWEEN TORNADO ACTIVITY AND ARCTIC SEA ICE?

Melting Arctic sea ice has global consequences - sea levels are rising, reflective white surfaces are shrinking and revealing darker surfaces that absorb more warmth from the Sun, and sensitive species are losing their habitats. Most of the immediate consequences are occurring in the Arctic, but a new study suggests that melting ice affects atmospheric circulation patterns and could be partially responsible for the reduced tornado activity in the United States.

The impacts of climate change on tornado frequency are currently not well understood and in recent years the U.S. has had fewer tornado touchdowns than in the past. The researchers analyzed nearly three 30 years of historical weather and climate data and found a significant relationship between tornado activity and the amount of Arctic sea ice, particularly in the month of July when tornado frequencies can be high. 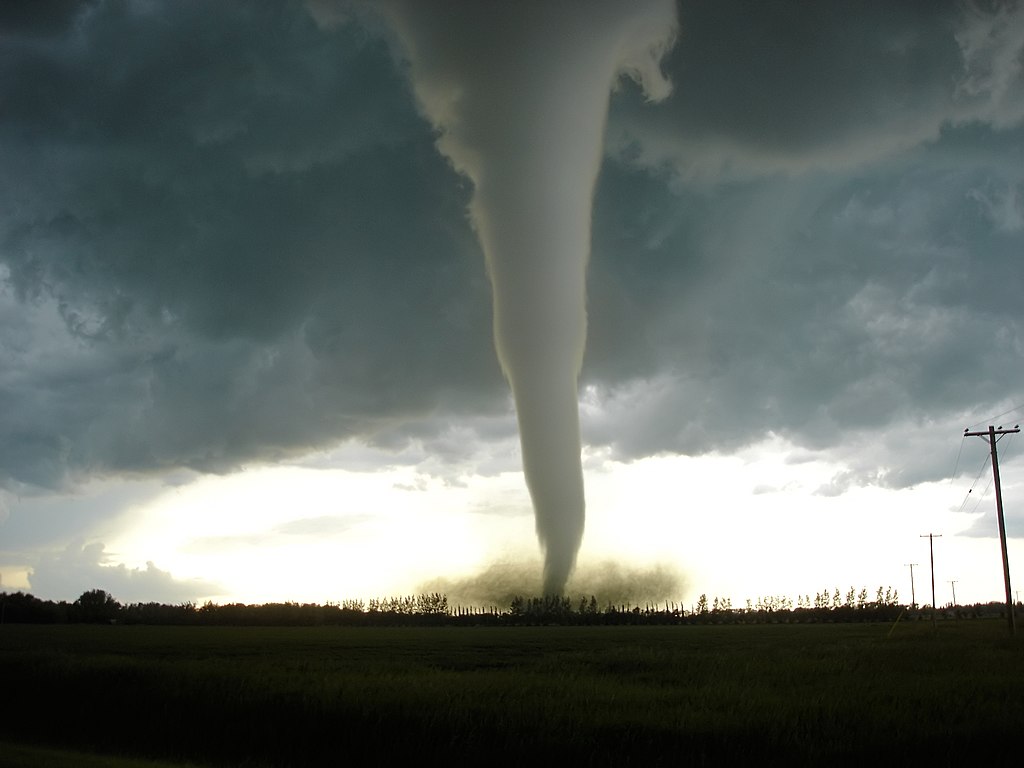 The significance could be explained by the effect that Arctic sea ice has on jet stream pathways - less sea ice could cause the jet stream to migrate to regions that are more north than traditional summer pathways to areas that have favourable conditions for tornado formation.

The researchers note that the suppression of tornadoes in July could be due to an overall suppression of deep convective storms and their associated precipitation, which is supported by other findings that suggest warming in the Arctic will cause less rain in the Great Plains region during the month of August.

A tornado database maintained by the Government of Canada was considered for possible trends and spatial changes, but the tornado frequencies were too low to be used for making significant analysis. Further research could indicate that the northward movement of tornado conditions could affect Canadian tornadoes, particularly the communities in the tornado alley in central Canada.