Expired News - Hurricane-looking vortex off California coast is a must see - The Weather Network
We use cookies on this site to improve your experience as explained in our Cookie Policy. You can reject cookies by changing your browser settings.   READ MORE I ACCEPT

Hurricane-looking vortex off California coast is a must see

Saturday, February 3, 2018, 10:51 AM - A vortex swirled in the Pacific Ocean off the California coast this week, entrancing the weather community and reminding the entire world that our atmosphere is the coolest.

With the menacing look of a hurricane you'd be tempted to think it's just a miniature version, but this beautiful atmospheric creation forms under very different conditions and is known as a von KĂˇrmĂˇn vortex, named after Theodore von KĂˇrmĂˇn, a Hungarian-American engineer and fluid mechanics expert.

Von KĂˇrmĂˇn vortices form when flowing air bumps into an obstacle, in this case San Clemente island near San Diego, California, and the increasingly turbulent flow casts off a vortex in the island's wake and developing clouds make the vortex visible. 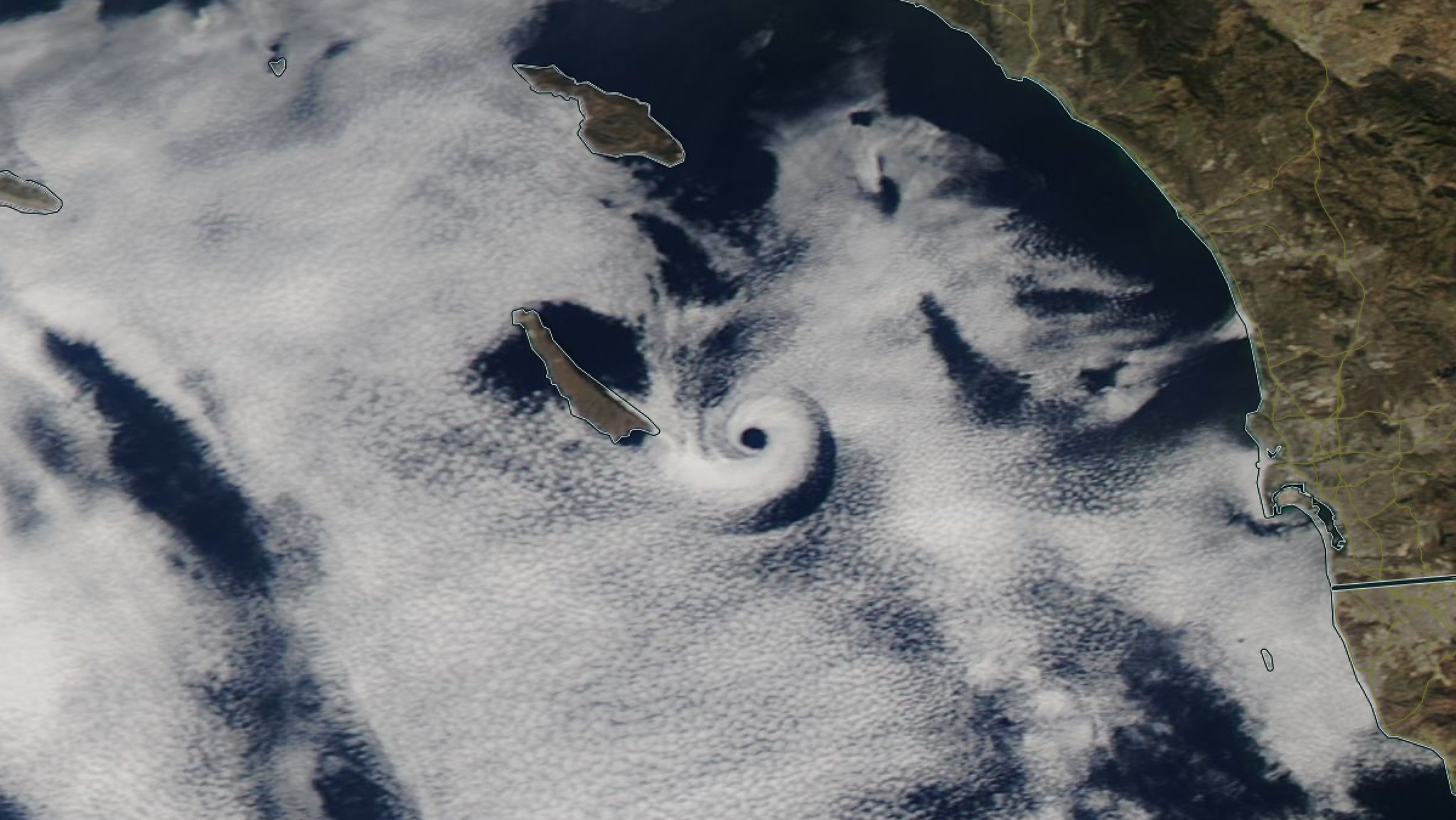 If you want the full-effect, watch the video below of the complete life cycle of this von KĂˇrmĂˇn vortex posted initially by Dakota Smith, a researcher at the National Center for Atmospheric Research.

This von KĂˇrmĂˇn vorticity is literally the coolest thing I've ever seen. pic.twitter.com/b2TwzKY1Hv

To give you another incredible shot, a lucky pilot also happened to fly by it on a flight heading west of San Diego.

My fighter pilot buddy, boots, took this pic out the window of his F-18 of Von Karman Vorticity creating an eddy off the coast of San Diego Feb 1st. Great shot of a cool phenomenon Iâ€™ve just learned a lot about! @NWSSanDiego canâ€™t say Iâ€™ve seen this in Iowa before đź¤” pic.twitter.com/9jQGWlmcpa

While the phenomena is breathtaking to see, it's been captured before and occasionally produces a cascade of swirling vortices past obstacles. In this case, it's called von KĂˇrmĂˇn vortex streets. 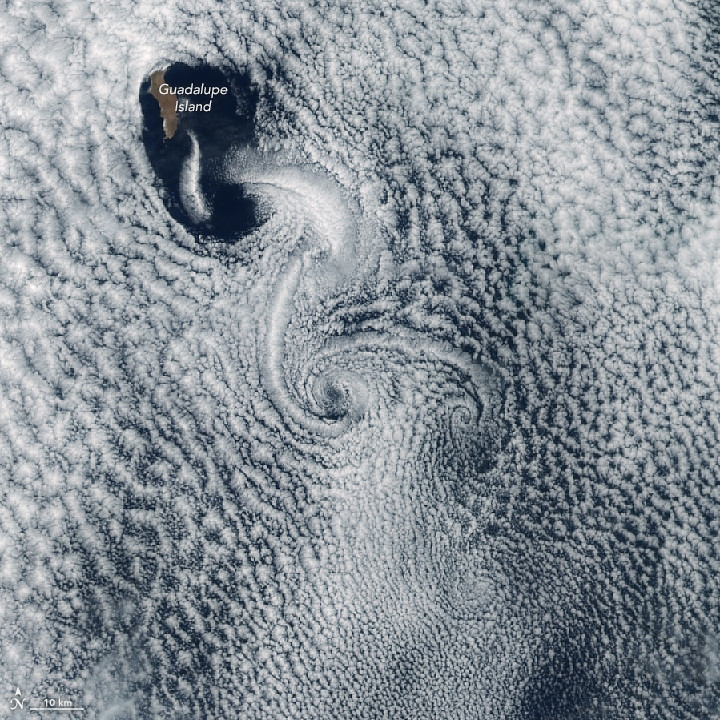 Vortices on the lee side of Guadalupe Island in 2017. Credit: NASA 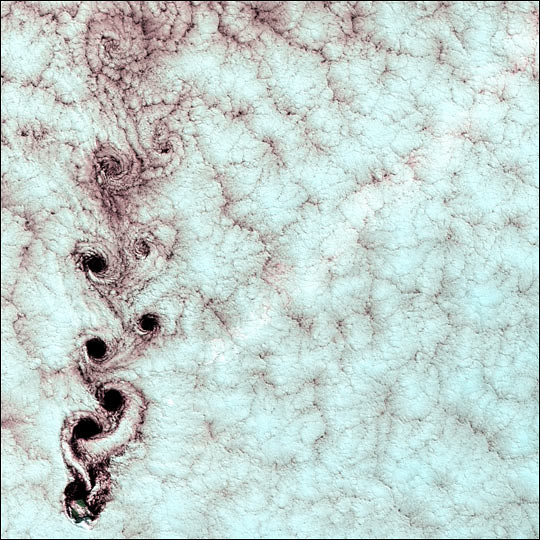 Vortices off Alexander Selkirk Island in the southern Pacific Ocean in 1999. Credit: NASA