Expired News - PHOTOS: Retired airplanes sit in massive 'graveyards' - The Weather Network
We use cookies on this site to improve your experience as explained in our Cookie Policy. You can reject cookies by changing your browser settings.   READ MORE I ACCEPT

News
Editor's Choice
Your Christmas tree could be making you 'sick'

Some are dismantled. Some are scrapped.

Others -- thousands of them in fact -- sit in massive aircraft boneyards scattered across deserts in the U.S.

Most are out in the desert, where dry conditions reduce weather-related wear and tear.

Some of the boneyard inhabitants have been moved to permanent storage. Others may eventually be resold, and some will be used for their parts.

Here are photos of some of the world's largest airplane graveyards. 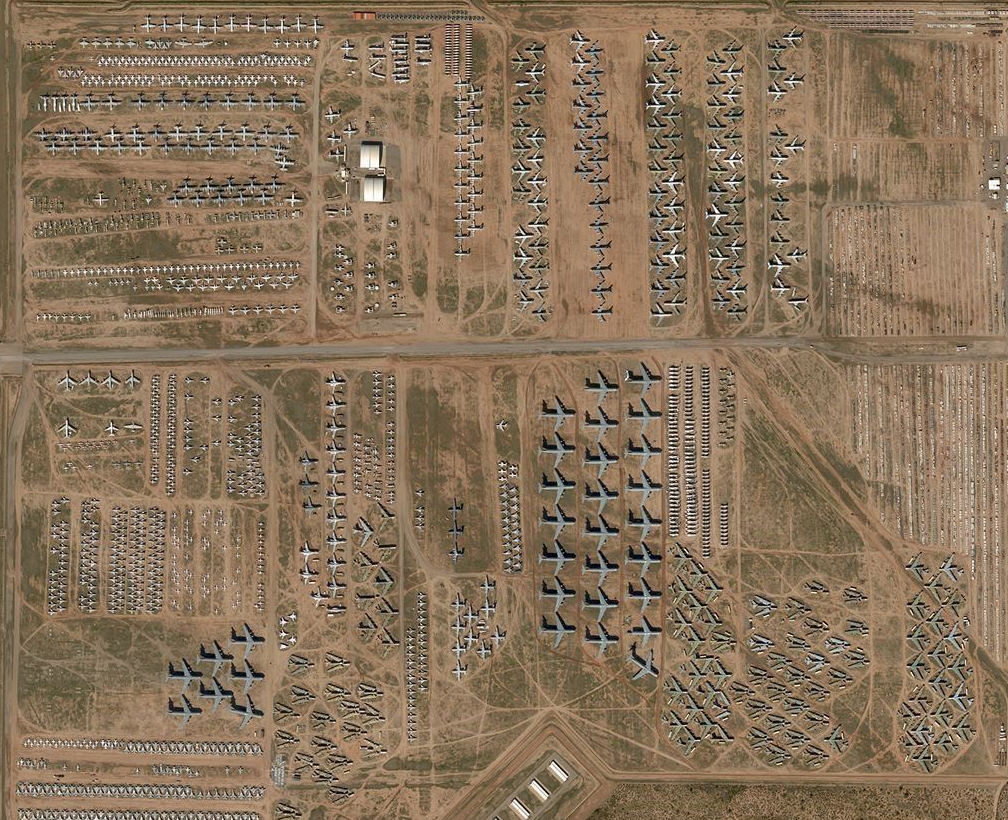 The photo above is just a small representation of the 4,400 airplanes that reside in the world's largest airplane graveyard.

Head over to Bing to explore the 2,600-acre space in intricate detail.

The storage facility employs around 700 people. Its location in the Arizona desert was chosen due to the region's low humidity, infrequent rainfall, alkaline soil and an altitude that reduces rust. Hard soil allows engineers to move aircraft with ease, without having to pave the ground. 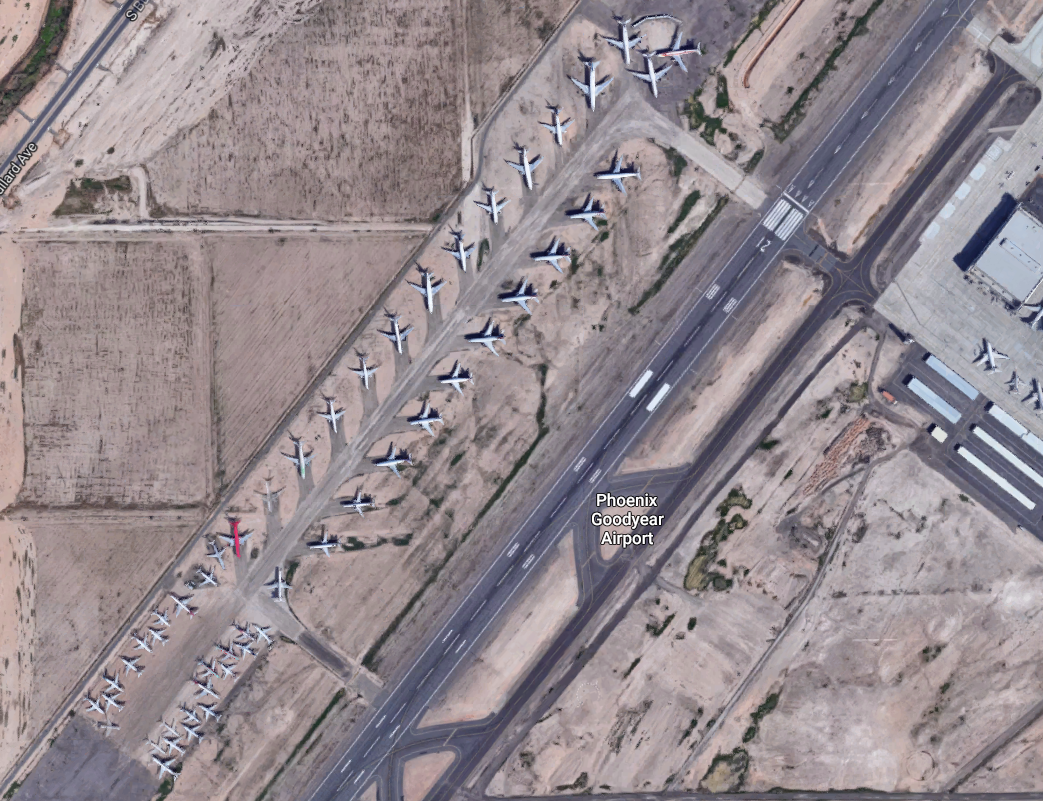 Phoenix Goodyear is a public airport built during World War II as a naval air facility.

It isn't served by any major airlines, but does act as a storage and maintenance spot. 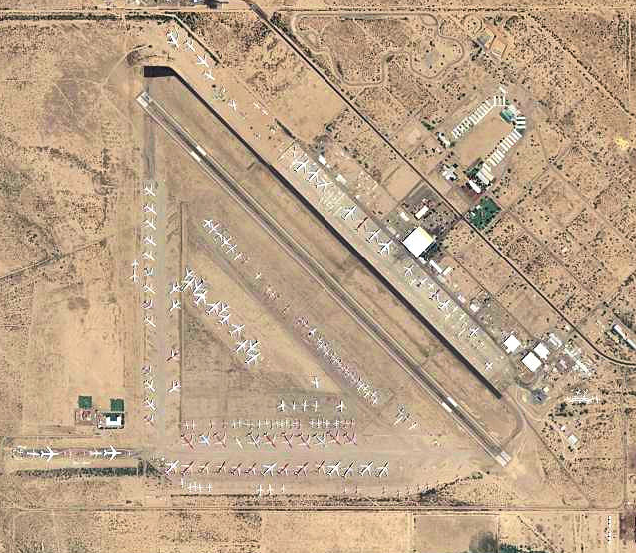 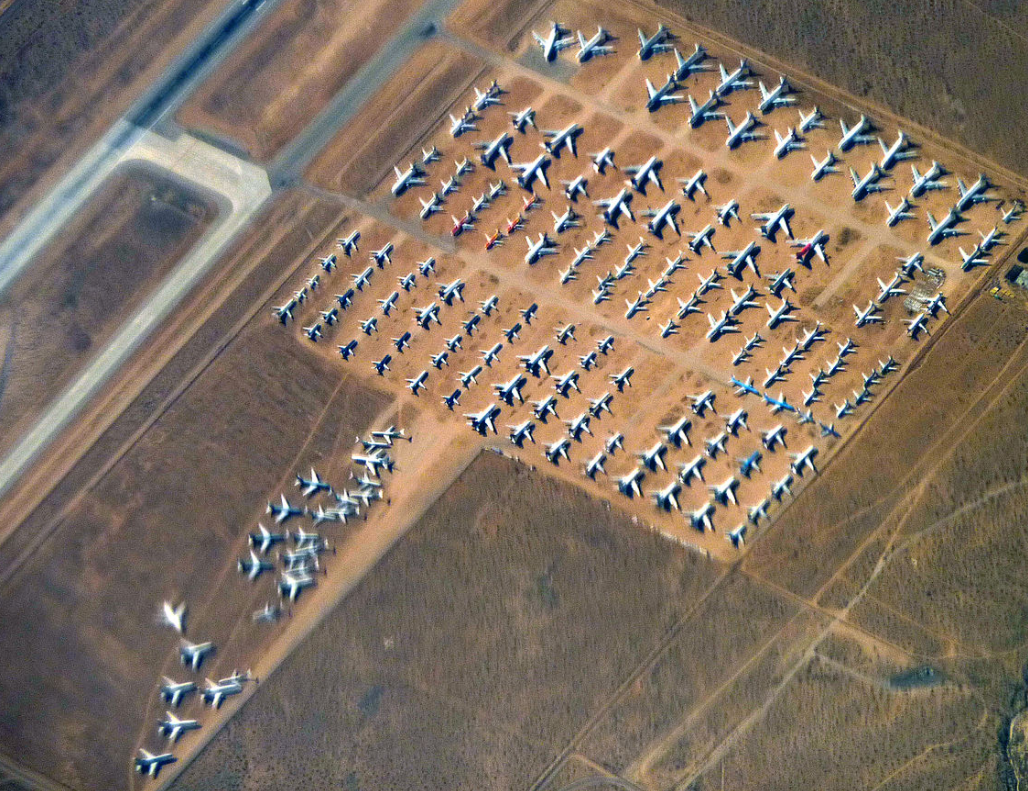 Numerous commerical airplanes reside in a storage facility a the Victorville airport. Some are retired, while others are declared "surplus", meaning they aren't needed for the time being.

Some planes here may one day be restored to commercial service, while others could one day be sold.