Expired News - Pattern reversal ahead: Is your white Christmas at risk? - The Weather Network
We use cookies on this site to improve your experience as explained in our Cookie Policy. You can reject cookies by changing your browser settings.   READ MORE I ACCEPT

Pattern reversal ahead: Is your white Christmas at risk?

Monday, December 3, 2018, 5:04 PM - Most of North America has seen an early and abrupt transition to wintry weather.

The map below shows the temperature pattern across the country during the month of November and the various shades of blue and green highlight the widespread regions that were colder than normal (most areas east of the Rockies). 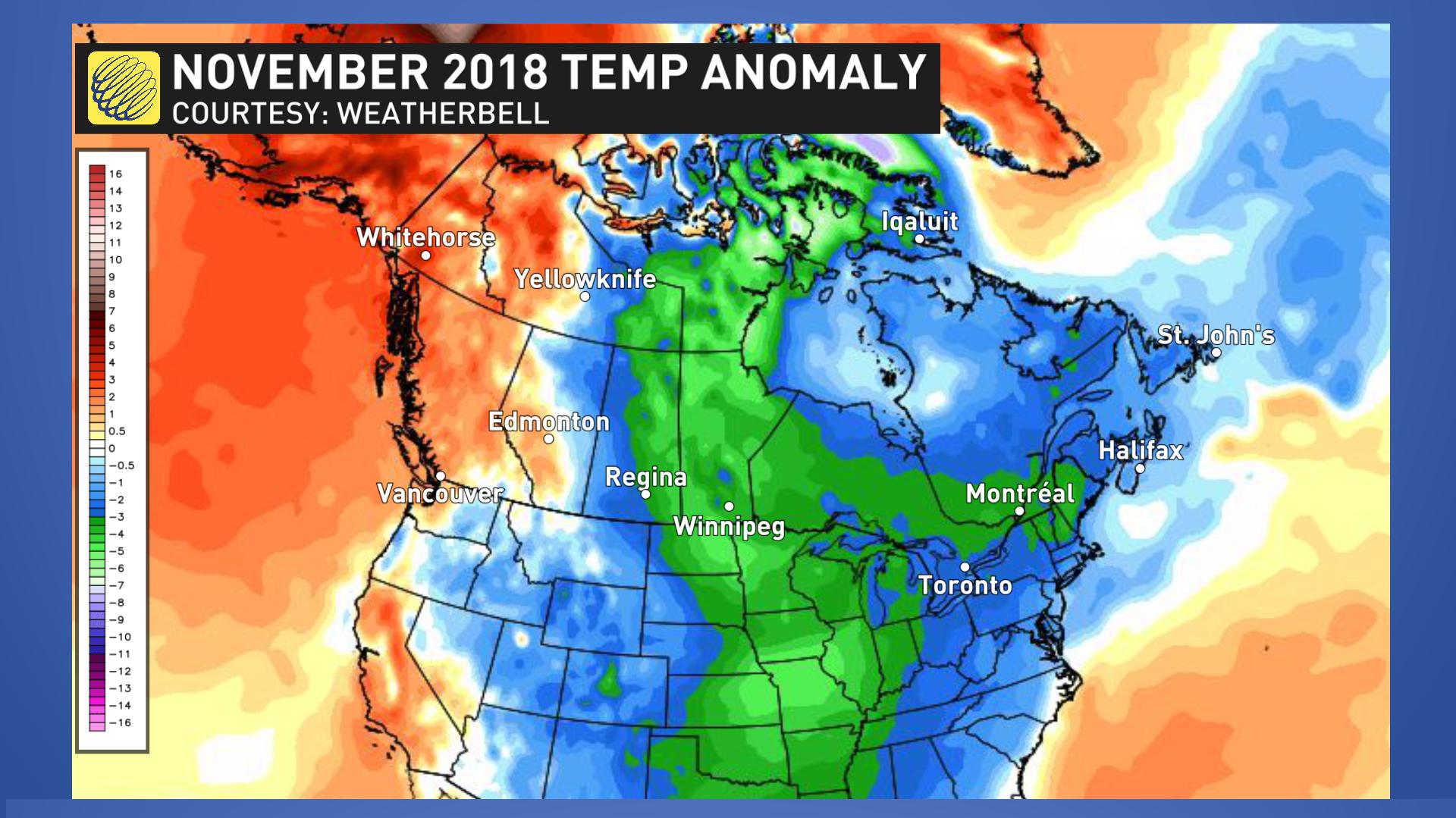 This is similar to the pattern that we saw during October. So, will this wintry pattern continue for December?

As we look ahead to the first week to ten days of December, the familiar pattern will become established once again, with colder than normal temperatures dominating from the Rockies to Atlantic Canada, but for most of Canada temperatures will not be any colder than what we saw at times during November. The active storm track will also continue from the southern U.S. to Atlantic Canada.

Meanwhile, the dry pattern will resume across western Canada for the first week of December. However, the pattern is expected to become more active for the B.C. coast as we head towards the second week of December.

During the second week of December we also expect that milder Pacific air will spread from west to east across Canada. This will set the stage for a period of rather mild weather for much of Canada during the middle of December, though parts of Atlantic Canada could remain close to seasonal. 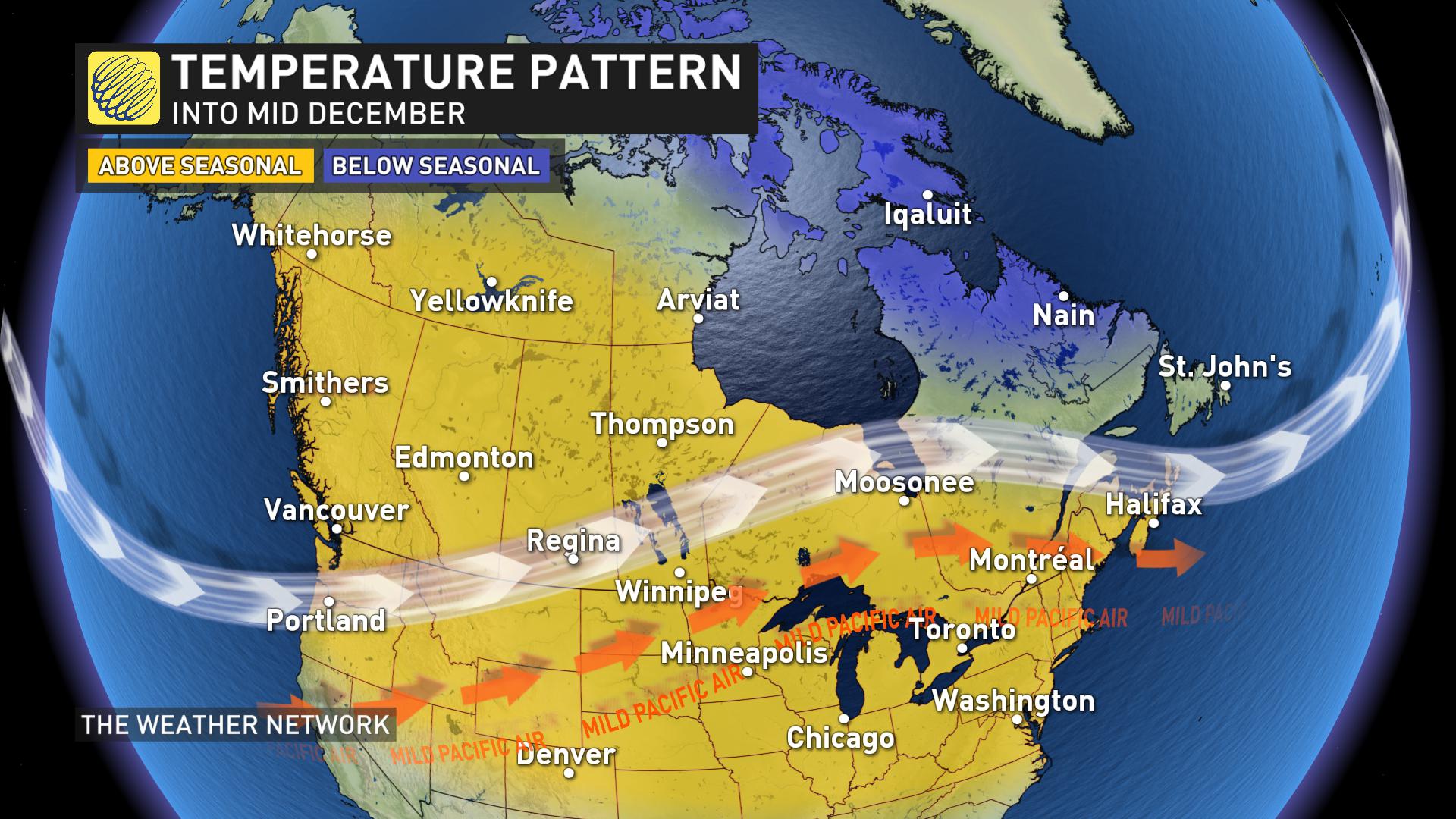 How long with milder pattern last? The consensus of the models is that above seasonal temperatures will dominate well into early January. However, these same models had a severe warm bias through the fall. In addition there are clues in the global pattern that point to winter returning much more quickly to the eastern half of Canada. While we think that this scenario is more likely, confidence in the exact timing is still very low.

The map below shows the current snow cover across Canada. During the next week of December, many of the bare spots on the map will fill in, leaving us with unusually extensive snow cover for early December. 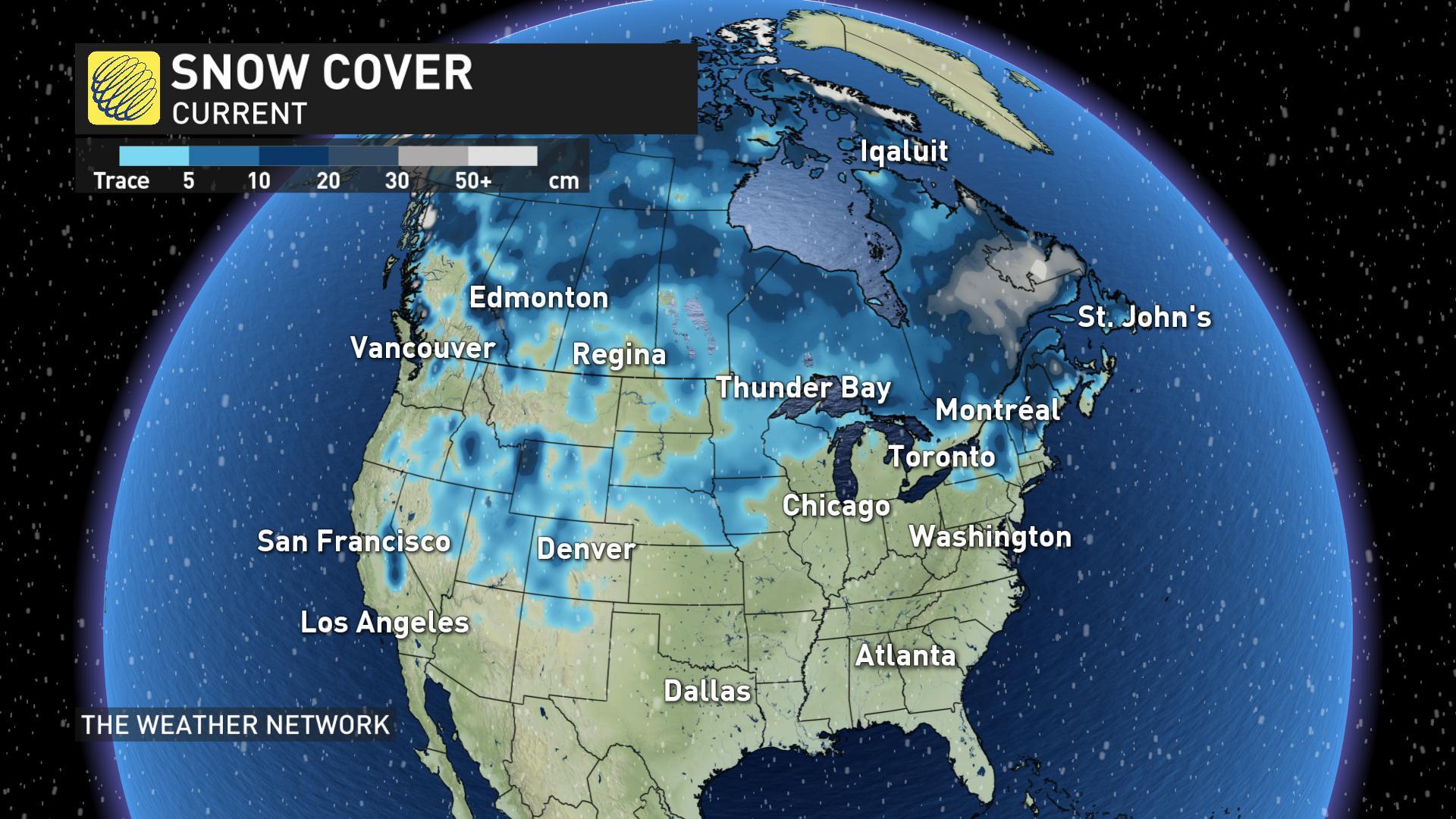 However, the milder weather for mid-December means that many across southern Canada will lose their snow before Christmas.

The map below shows the historical probabilities of a white Christmas across Canada. 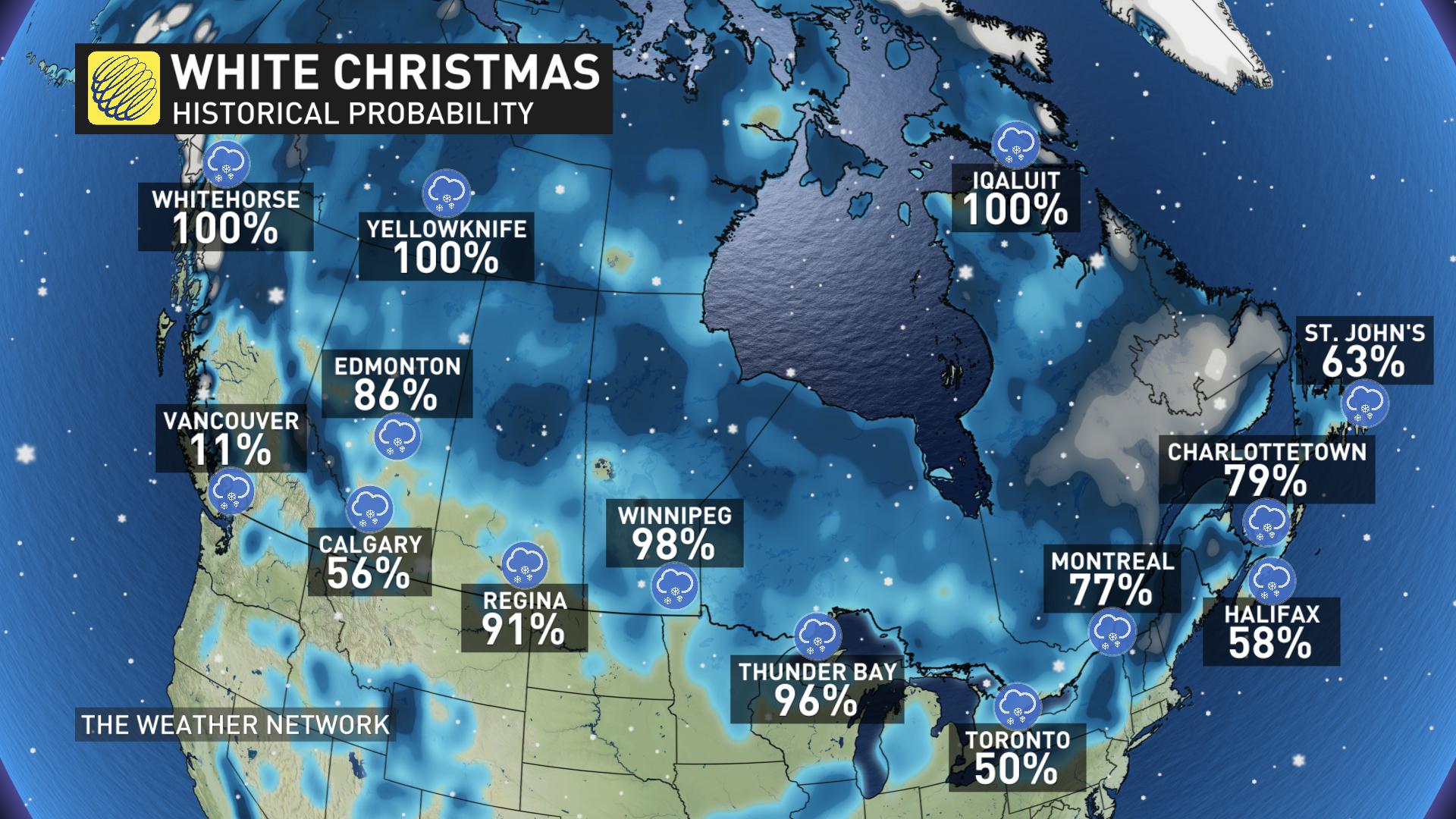 Across southern parts of western Canada, above seasonal temperatures are expected to dominate into the Holidays, so areas outside of the mountains look to have even lower than typical odds for a white Christmas.

From the central Prairies to Atlantic Canada, the key to a white Christmas will come down to the details of the weather during the week leading up to Christmas and whether a pre-Christmas system can deliver fresh snow to these areas. However, we will not be able to make that call until we get closer to that time, so please check back for updates.

VIDEO: A LOOK AT THE NEXT TEN DAYS