Expired News - More dead expected in destroyed Florida towns after Michael - The Weather Network
We use cookies on this site to improve your experience as explained in our Cookie Policy. You can reject cookies by changing your browser settings.   READ MORE I ACCEPT

Sunday, October 14, 2018, 9:01 PM - Dozens of people remained missing on Sunday in Florida Panhandle communities reduced to ruins by Hurricane Michael as rescuers said they expected the death toll to rise and survivors grappled with power outages and shortages of food and water.

Already at least 18 deaths in four states have been blamed on the hurricane as rescue crews using cadaver dogs and heavy equipment searched through collapsed homes in small towns such as Mexico Beach and Panama City for more victims.

So far one person has been confirmed killed in Mexico Beach, which took a direct hit from the massive storm, but rescuers have been hobbled by blocked roads and huge piles of rubble from searching much of the town.

"If we lose only one life, to me that's going to be a miracle," Mexico Beach Mayor Al Cathey told local media.

WATCH BELOW: 'MEXICO BEACH IS GONE' - AERIAL FOOTAGE FROM THE POINT OF LANDFALL


Cathey said more than 250 residents had stayed behind when Michael came ashore on Wednesday as a Category 4 hurricane on the five-step Saffir-Simpson scale, one of the most powerful storms to make landfall in the continental United States since records have been kept.

The mayor told ABC News that 46 people out of the town of some 1,000 remained missing or unaccounted for as of Sunday. Search and rescue volunteers have already located hundreds of people initially reported missing last week across the Panhandle.

Scott said crews were also distributing food, water and fuel to residents who have faced long lines for supplies. 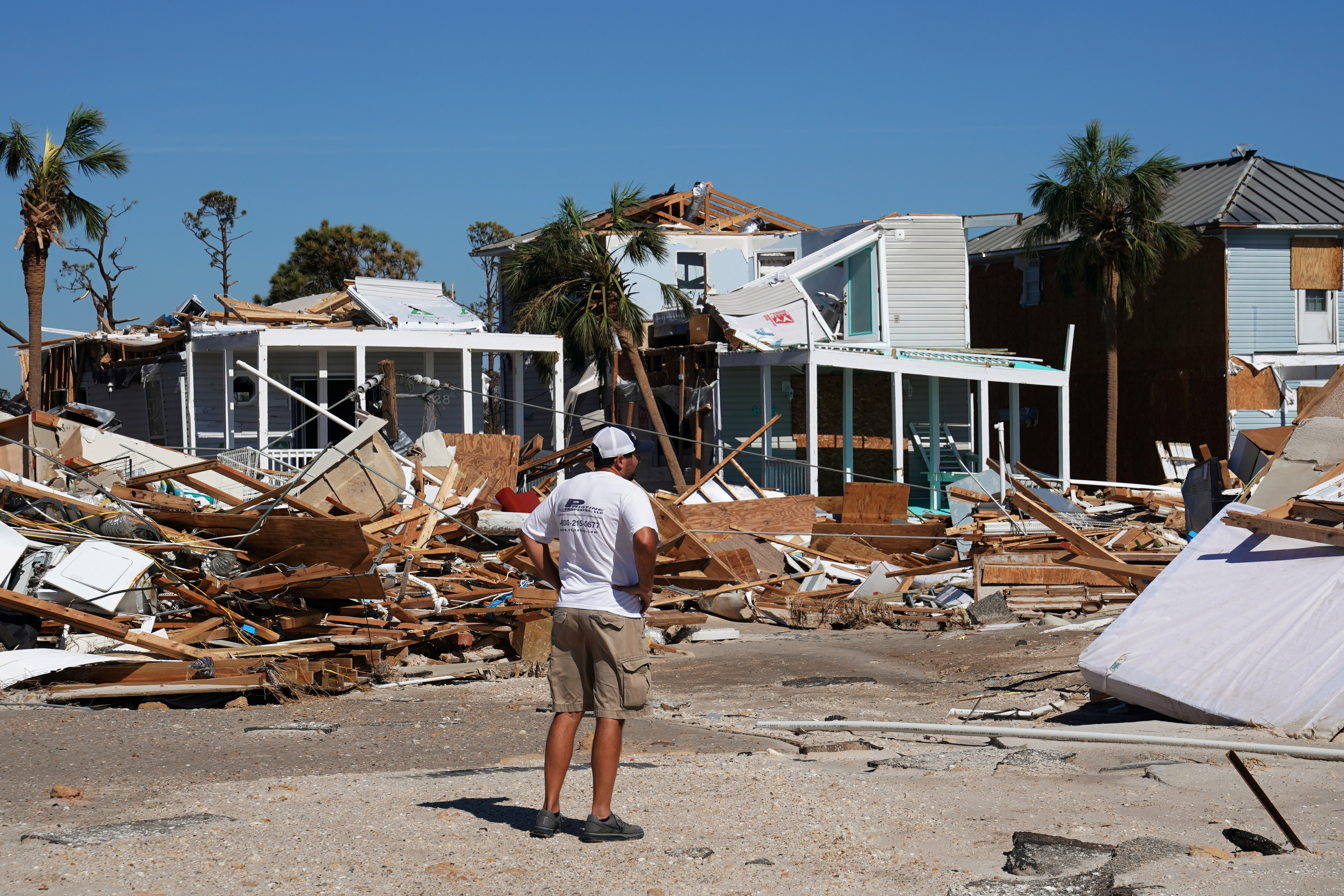 In Panama City, one of the hardest-hit communities, Fire Chief Alex Baird said search and rescue teams were now in "recovery mode" after largely giving up hope of finding any more survivors.

Electricity and telephone service were being slowly restored, but it could be weeks before power is restored to the state's most damaged areas. 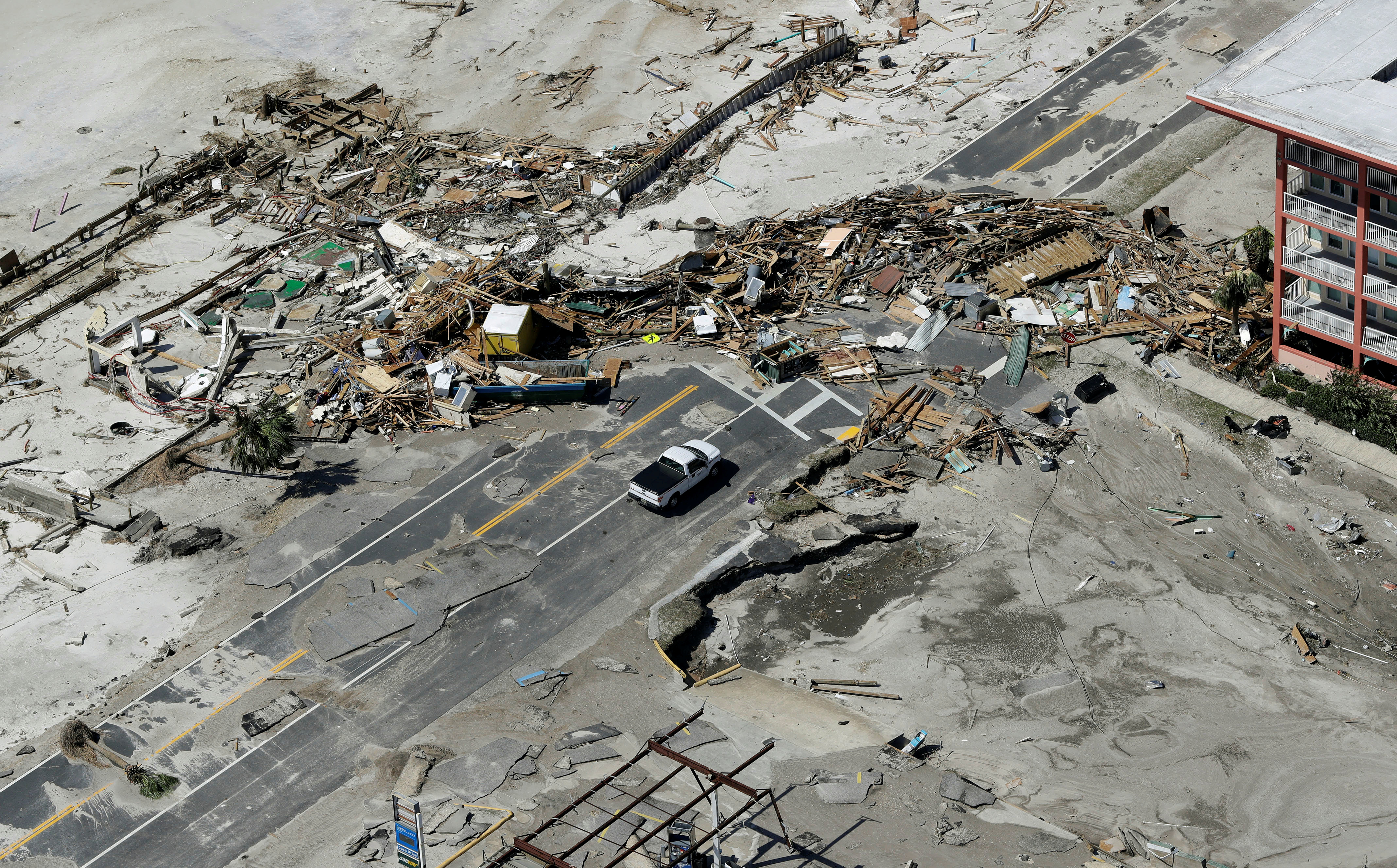 Two Florida prisons housing a total of nearly 3,000 inmates were evacuated and closed at least temporarily after suffering structural damage from Michael, the Florida Department of Corrections said.

The department said no staff or inmates were injured during the storm and all had access to sufficient food and water.

President Donald Trump is expected to visit both Florida and Georgia early this week to inspect the damage, accompanied by first lady Melania Trump, and the White House said late on Saturday the president was fully committed to helping state and local agencies with the recovery. 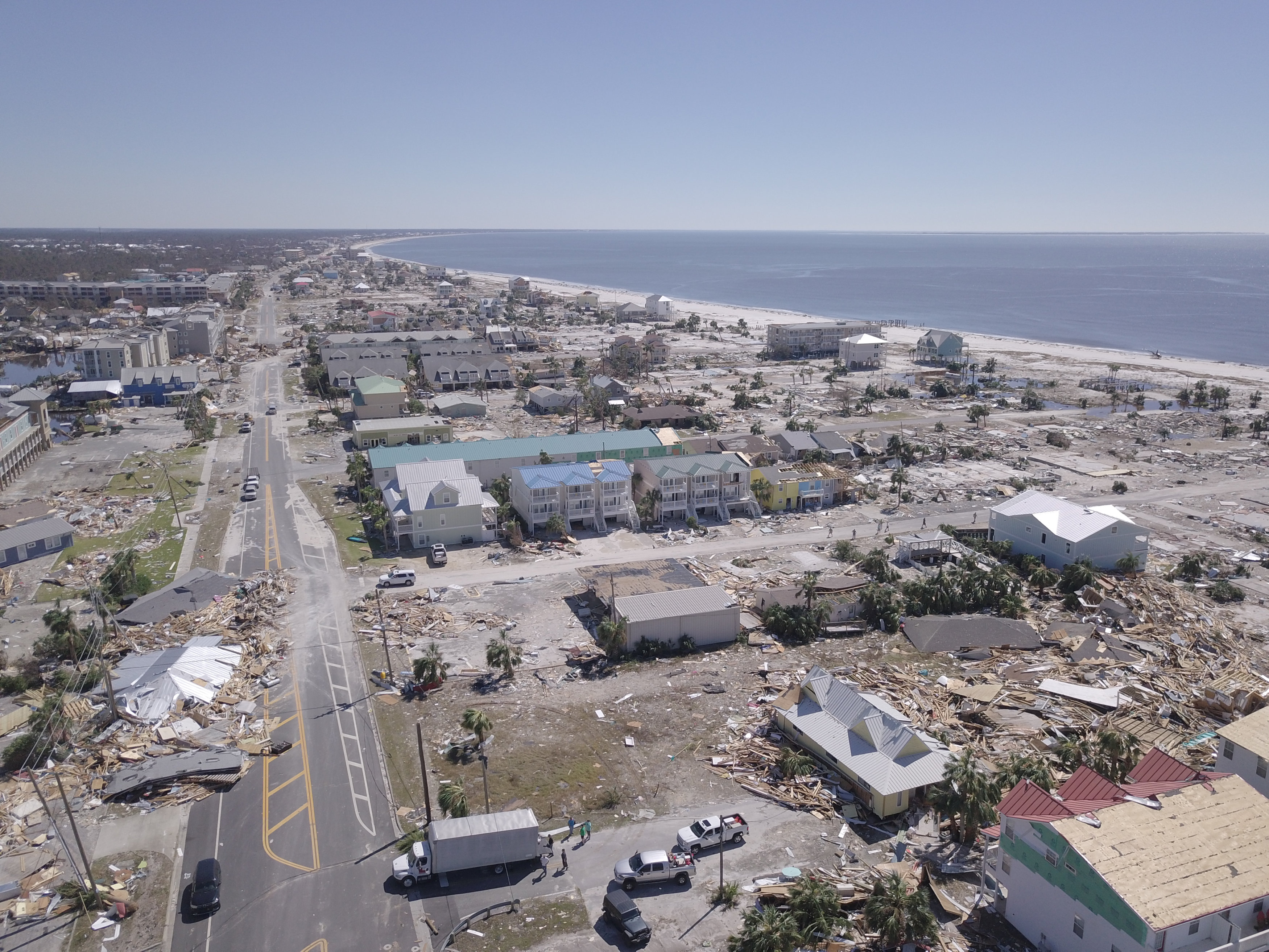