Expired News - Moisture from Michael enhances big rain in Atlantic Canada - The Weather Network
We use cookies on this site to improve your experience as explained in our Cookie Policy. You can reject cookies by changing your browser settings.   READ MORE I ACCEPT

Friday, October 12, 2018, 6:17 PM - What's left of history-making Hurricane Michael -- now a remnant low -- isn't quite finished with its journey in North America, as a band of heavy rain lands a glancing blow on parts of Atlantic Canada through Saturday. While this swath of heavy rain is largely skimming past the region, parts of Nova Scotia and Newfoundland still stand to see some significant accumulations. And that's on top of locally heavy rain that fell Thursday and Friday, courtesy of a separate system. See when we dry out -- and warm up -- below.

(Related: Shocking scenes from the aftermath of Hurricane Michael in Florida)

WATCH BELOW: REMNANTS OF MICHAEL INTERACT WITH STORM TO BRING RAIN TO ATLANTIC CANADA


While much of the weekend looks quiet for Atlantic Canada, we have to get through another bout of heavy rain for parts of eastern Nova Scotia and eastern Newfoundland first, as the remnants of Hurricane Michael skirt past. The rain is expected to clear Nova Scotia through the overnight hours, with the Avalon seeing the brunt of what will fall through Saturday morning. 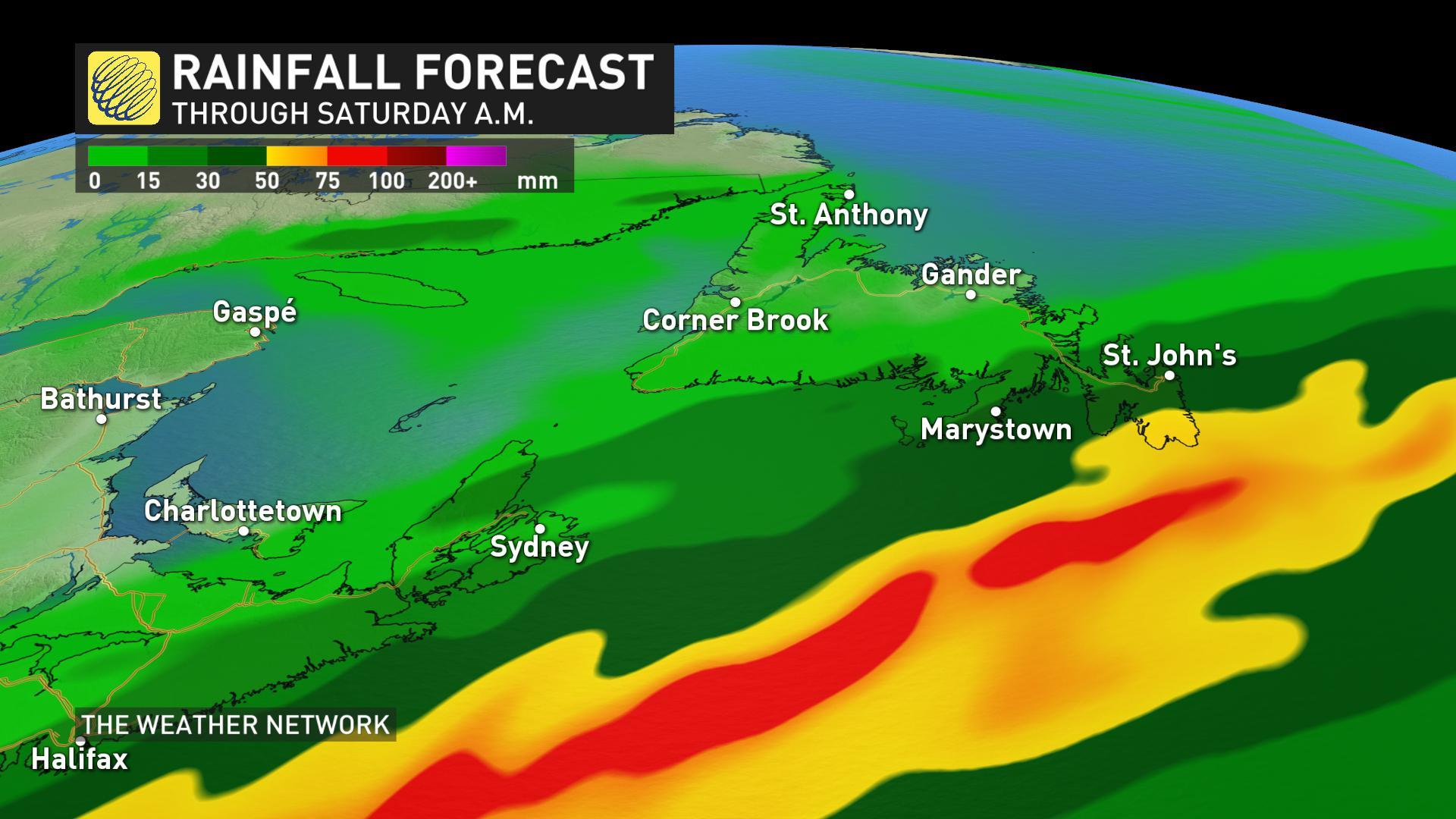 MILD DAYS AHEAD, BUT MORE RAIN ON THE WAY

As we move into the new week, a surge of milder air moves up from the south, making for some comfortable, seasonally warm fall days for the first half of next week. That said, while Monday looks like a mild, if somewhat cloudy day, this push of milder air comes ahead of the next system, set to sweep into the Maritimes by Tuesday. While the odds are we'll see breaks at times, expect to need your umbrella on Tuesday and Wednesday.

WATCH BELOW: THE NEXT ONE


Behind this system, we can expect cooler temperatures once again, with highs slightly below seasonal as we head toward the end of the month.