Expired News - Air pollution and diabetes are oddly connected. Here's how - The Weather Network
We use cookies on this site to improve your experience as explained in our Cookie Policy. You can reject cookies by changing your browser settings.   READ MORE I ACCEPT

Air pollution and diabetes are oddly connected. Here's how

The connection between diabetes and air pollution

Diabetes increasingly affects millions of people around the world and scientists are working to understand the numerous risk factors for this disease - and a new study is adding another risk on to the growing list.

The study shows that even "safe levels" of outdoor air pollution causes an increased risk of diabetes, and suggests that diabetes risk in countries with significant air pollution could be lowered by improving air quality standards and reducing emissions of air pollutants.

Diabetes can be caused when inhaled nanoparticles from polluted air enter the bloodstream and travel to organs such as the liver, where they accumulate and contribute to vascular inflammation. These nanoparticles also cause other disturbances in the body, such as metabolic changes in glucose and insulin homeostasis, and can result in glucose intolerance, decreased insulin sensitivity, and impaired secretion.

The study looked at American veterans who had no previous history with diabetes over an 8.5 year period. To isolate the relationship between air pollution and diabetes, air quality data from the EPA and NASA were compared with controls that are known to have zero correlation with diabetes, such as ambient air sodium concentrations and lower limb fractures. The only statistically significant relationship was between air pollution and diabetes, and that air pollution has contributed to approximately 3.2 million incident cases, and over 200,000 deaths from exposure.

Air pollution is a major public health problem and the global cost of diabetes health care is estimated to be a staggering $700 billion USD. Reducing air pollution could result in substantial health benefits and billions of dollars saved in global health care systems.

Food brands have worried that mandatory labelling of GMO ingredients could be met with negative perceptions from consumers amidst the ongoing debate about their safety and environmental impacts. In a new study from the University of Vermont, the researchers showed that opposition to genetically engineered food fell after mandatory state labelling requirements were implemented.

In 2016 in the United States there were 70 proposed bills that would regulate genetically engineered food in 25 states, but Vermont was the only state that actually passed and implemented a bill, which required simple disclosures for the use of genetically engineered technologies. The bill went into effect July 1 but was only valid for just over three weeks until a law was signed that suspended this legislation on July 27.

This study supports the assumption that providing transparent labels about GMOs gives consumers a greater sense of control, which can reduce risk perception of GMOs being unsafe or harmful.

The isolated island that was once a part of Africa and India hosts a variety of fascinating species that live along sandy beaches, rich grasslands, and lush rainforests made up of thousands of different plant species. The cuddly, wide-eyed lemur is an iconic species native to Madagascar and has been experiencing devastating population decline due to habitat loss, overhunting, and the illegal pet trade - the ring-tailed lemur (Lemur catta) population has declined over 95 percent since 2000.

The lemurs' home is also experiencing a startling decline - nearly half of Madagascar's rainforests have been cut down since the 1950's to make space for farmland, such as coffee fields, and have caused the destruction of over 80 per cent of the lemur’s original habitat. Madagascar is home to some of the most unique and remarkable rainforests in the world with significant biodiversity and species that are only known to exist on the island, but this could all change with deforestation and climate change.

A new study from Rice University investigated how the lemur species impacts the island's rainforests and found that lemurs are excellent at dispersing tree seeds around the island, and conserving their population and habitat could promote the growth of rainforests.

The researchers simulated seed-dispersal from a variety of species including lemurs, bats, and birds and found that 87 per cent of the trees in the rainforests have traits that are adapted for seed dispersal by frugivores (fruit-eaters), and 66 per cent of the island's frugivores are lemurs.

If lemur populations continue to decline the rainforests in Madagascar will not be able to grow back as quickly or continue to capture large amounts of carbon from the atmosphere. The researchers recommend that lemurs should be included in rainforest conservation efforts, as the trees and lemurs both need each other to stabilize their populations.

Robots could become a farming solution for bioenergy crops 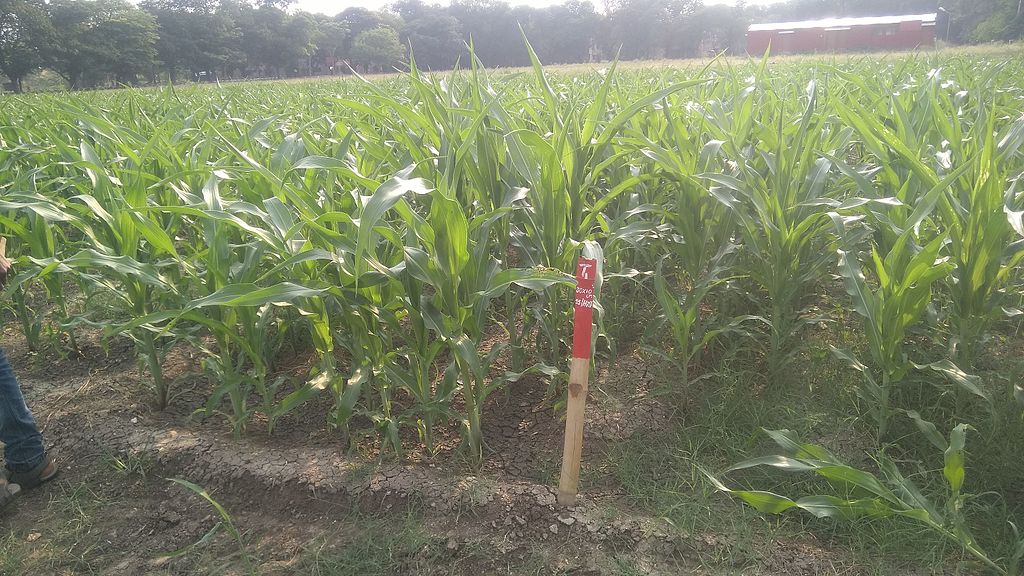 Maize is a common source for biofuel. Credit: Wikimedia Commons

The TerraSentia robot, developed by the University of Illinois, could be the next worker on the fields picking out crops with the most desirable traits. Robots are already used by some farmers for monitoring, weeding, and spraying crops, and as the bioenergy industry grows robots could help meet the increasing demand for high-yielding plants that will be converted into biofuels.

The plants that have the highest-yielding traits are linked to their genes and the researchers developed the TerraSentia robot to accurately screen crops to identify which traits contribute to high-yields so farmers can optimize biofuel production. The robot was developed with high-precision control to avoid disturbing other crops and navigate muddy, uneven agricultural fields.

Features of this robot include identification of soil characteristics in fields, high tracking accuracy, and internet transmission. The researchers state that the high-accuracy of the robot can address the growing need for fast and mobile technologies needed to identify desired traits in plants, particularly in a time where crop and biofuel demand is quickly rising.