Expired News - Spectacular Sites in Canada to Visit Before They Disappear - The Weather Network
We use cookies on this site to improve your experience as explained in our Cookie Policy. You can reject cookies by changing your browser settings.   READ MORE I ACCEPT

Spectacular Sites in Canada to Visit Before They Disappear

Thursday, June 28, 2018, 9:49 PM - One of the most visited glaciers in North America is rapidly disappearing and could be gone within this generation.

On July 1 Canadians will celebrate 151 years of history and culture, and many will celebrate by attending parades and festivals, while others will travel to lakes and forests for relaxation and adventure.

Read below for five destinations in Canada that could vanish with climate change by the end of this century.

The universally loved Canadian polar bears can be viewed in "last chance tourism" opportunities in Churchill, Manitoba, where visitors are driven in ‘tundra trucks’ through the wild for plenty of opportunities to spot roaming polar bears.

Mama bear and her cub in Churchill. Credit: Wikimedia Commons

Tourists are able to get up close with the universally loved Canadian polar bears in Churchill, Manitoba, which is also known as the polar bear capital of the world. Polar bears visit this spot each year between October and November as the sea ice begins freezing, which they use as hunting spots for seals.

A new study from Arctic Science journal states that changes in duration and distribution of Arctic sea ice is the greatest threat to the conservation of polar bears and reports that the duration of sea ice has declined by 30 days since the mid 1980s and population abundance has declined by 17 per cent from 2011 to 2016, indicating that the drop could be due to low survival factors like poor hunting conditions.

Continued sea ice melt could threaten the thriving polar bear sightseeing industry that the economy of Churchill largely depends on and will force this subspecies to adapt to the changing conditions.

Nearby beaches, snow capped mountains, and a moderate climate are just some of the attractive features of Vancouver, who is currently tied with Toronto as the most expensive city to live in Canada.

Sea level rise is an imminent threat to Vancouver - the thermal expansion of ocean water and melting glaciers could cause a sea level rise between 0.2 metres and 2 metres by 2100 and currently over 250,000 people in Vancouver live within one meter of mean sea level.

In a worst-case scenario where temperatures warm 4 degrees Celsius by 2100 highways, neighbourhoods, and airports will be underwater, Stanley Park will be an island, and salt water will reach beyond South Surrey. Richmond and Delta are only 1 metre above sea level and are currently protected with a 49 kilometre dike network that was built to the highest flood level ever recorded which was in 1894. As sea level rise continues to break historic levels, drastic planning will be needed to address the worst case scenario - being completely submerged and having to relocate.

Despite being over 1,000 kilometres apart, the coasts of New Brunswick and British Columbia are fighting the same battle.

The Tantramar Marsh is a tidal salt marsh that is located at the top of the Bay of Fundy and is part of Canada’s early history as it was settled by Acadians in the 17th century. During the late 1600's the Acadians drained majority the marshes to turn the land into fertile grounds to support a hay industry and have now been reclaimed to restore the habitat for waterfowl.

One of the last remaining barns on the Tantramar Marsh. Credit: Wikimedia Commons

The Trans-Canada highway cuts straight through this area and leads to Nova Scotia, and by 2100 sea level rise could submerge the highway, the marsh, and majority of Sackville, a nearby town. Sackville has an adaptation plan for climate change that includes updated flood risk maps, dikes, emergency protocols for floods and materials such as generators.

The Athabasca Glacier is the largest of six ice sheets of the Columbia Icefield in the Canadian Rockies, and at a rate of losing 5 metres each year it is excepted be almost entirely melted by 2100. 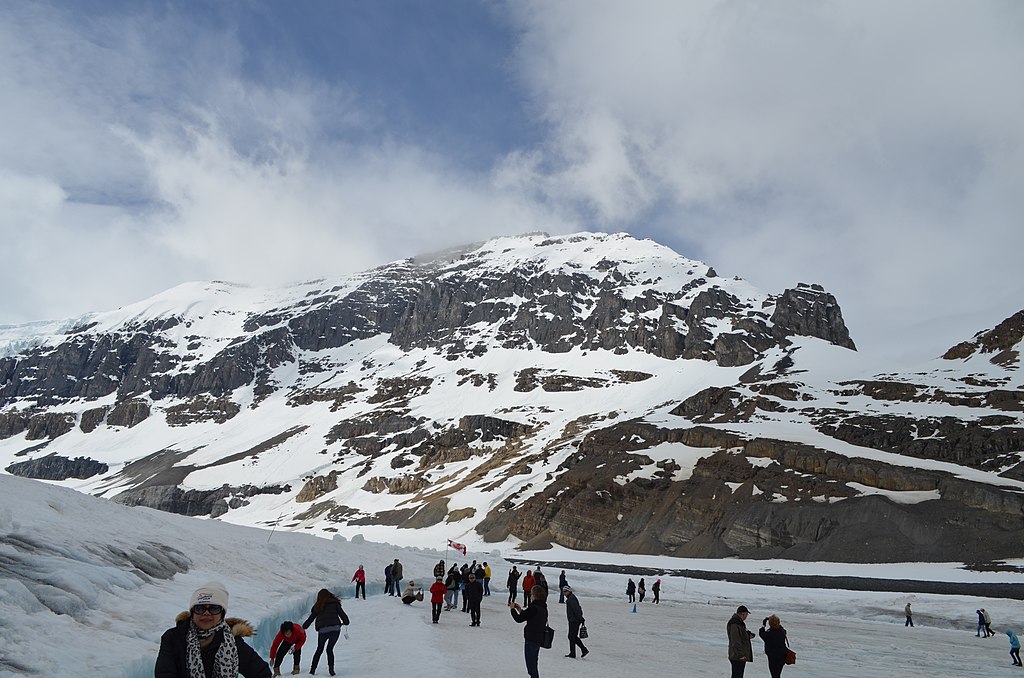 The glacier is a popular destination for tourists from all over the world and is a historic example of how ice once covered the region thousands of years ago. As temperatures warm the glacier is expected to continue to melt, as it has for the past 150 years.

The annual decline serves as a stark example for global warming and the glacier's disappearance will be a significant loss for those that treasure the unique mountainous area for its cultural, recreational, and intrinsic value.

Celine Dion's hometown, east of Montreal, has attracted fans and tourists over the years. But climate change will go on - sea level rise in the St. Lawrence River could result in flooding of entire neighbourhoods in this region. 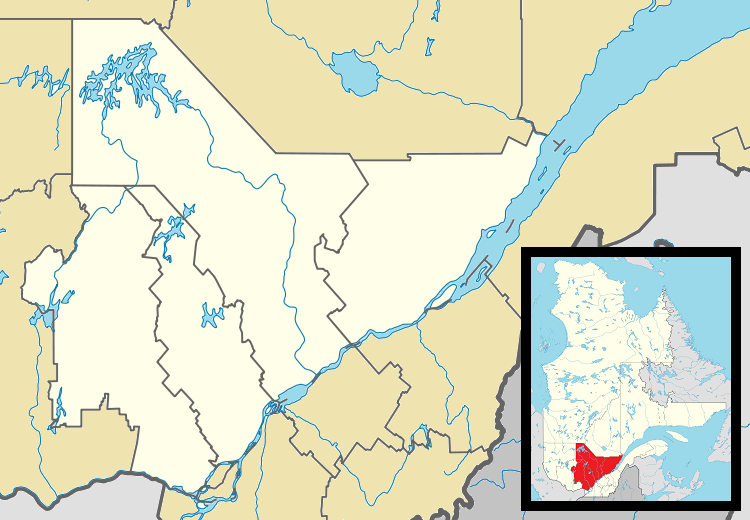 The location of Celine Dion's hometown, which is at risk of being flooded with sea level rise. Credit: Wikimedia Commons

Countries all over the world are working towards reducing their carbon emissions to prevent global warming from exceeding a 2 degrees Celsius rise since pre-industrial carbon levels, and current projections are showing that we will likely surpass this target. Even if warming is controlled at 2 degrees Celsius, Charlemagne will likely lose entire neighbourhoods.