Expired News - Winter air quality is often worse than in summer. Here's why - The Weather Network
We use cookies on this site to improve your experience as explained in our Cookie Policy. You can reject cookies by changing your browser settings.   READ MORE I ACCEPT

Winter air quality is often worse than in summer. Here's why

Monday, February 4, 2019, 7:26 PM - Smog is typically seen as a summer problem, but winter weather can produce air quality conditions that are just as bad, or even worse. Here's why.

Whenever we see images of smoggy days, they always seem to feature sweltering heat and blazing sunlight. 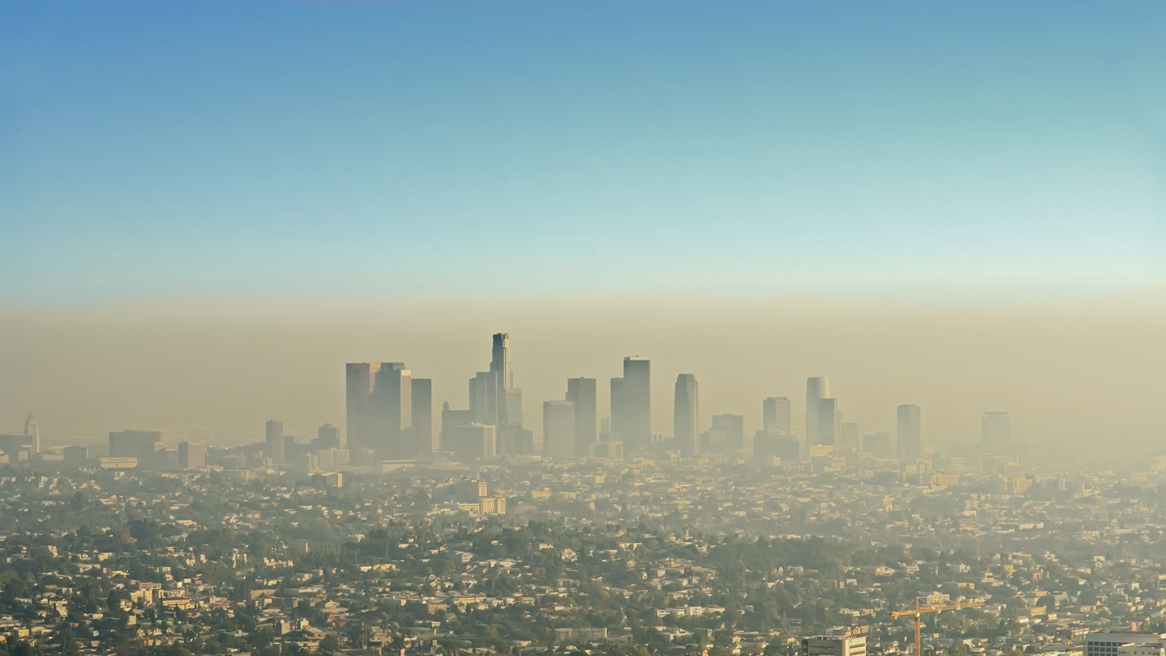 Not so many years ago, some regions of Canada even restricted their official 'smog season' - with increased monitoring, forecasting and reporting - to the months of May through September. This made sense, at the time, since smog was tracked solely based on measurements of ground-level ozone, which as a 'photochemical' pollutant, reaches higher concentrations during the times of year when sunlight is most intense.

The modern Air Quality Health Index (AQHI), which tracks both ground-level ozone and fine particulate matter (the two primary components of smog), as well as nitrogen dioxide, is now used by the Canadian government as a standardized measure of air quality across the country. Reporting of the AQHI has no 'smog season', though, and with good reason.

While ozone is still mainly a problem during the warmer months of the year (although read on, below, for an important exception), fine particulate matter and nitrogen dioxide can be a problem at any time of year, and in winter - a time of year when cold weather can already make breathing more difficult for those who suffer with asthma and lung disease - our air quality can actually be worse.

THE DOSE MAKES THE POISON

An increase in pollutants can happen in a few different ways. The winds can shift, resulting in them blowing in from a direction that has more pollution sources. Wind speeds could die down, so that pollutants stay very close to their source, and build up over time, as a result. A cloudy morning could give way to a bright, sunny afternoon, increasing the amount of photochemical pollutants produced.

A decrease in the volume of air that pollutants has available to mix into is almost always a result of one particular meteorological phenomena - the temperature inversion.

A temperature inversion occurs when there is a layer of warm air, at some height above the ground, with colder air both below it (near the ground) and above.

Normally, the higher you go above the ground, the colder it gets, as shown on the left in the diagram, above.

So, when sunlight warms the ground, and the ground warms the air that's in contact with it, that warmed air becomes lighter than the cooler air above. This causes the warmed air to rise, while the cooler air sinks to replace it at the ground - a process called 'convective overturning' - and this cycle continues as long as the Sun is shining. As any warmed air parcel rises, it slowly expands and cools (at a rate of 1°C every 100 metres, or half that if it starts forming clouds), and it will continue to rise as long as it is warmer than the air above it.

Following this process, rising air parcels can reach 10 kilometres or higher above the ground, which provides an immense volume of air to mix into for any pollutants carried along with those rising air parcels. For example, for the Greater Toronto Area, on a clear, sunny day with no temperature inversion, there's over 71,000 cubic kilometres of air above the city.

When a temperature inversion is present, though, as shown on the right, above, the warm layer of air basically acts as a barrier above the area. Warmed air parcels will rise from the ground, but once they reach the inversion, they will stop, and can only spread out along the bottom of the warm layer. Since an inversion can form just a kilometre above the ground, or even lower, the volume of air that pollutants then have to mix into becomes significantly smaller (for the GTA example, above, it can go down to just 3,500 cubic km if an inversion settles in near the top of the CN Tower).

In this situation, pollutant concentrations can climb very quickly, resulting in 'moderate risk' to 'high risk' (or even 'very high risk') levels on the AQHI.

This image from Toronto shows a classic inversion situation (this one in the summer). The labels highlight what we're seeing in this image, with the temperature profile revealing where the inversion is, the layer of brown car emissions trapped directly under the inversion, and the morning fog blanketing this part of the city. Credit: Getty Images/Scott Sutherland

How do inversions form?

Most often, we see them forming in the overnight hours. As the ground quickly cools during the night, it draws heat directly from the air above it, so by morning, the result is warmer air higher up, riding atop cooler air near the ground. This can happen at any time of year, but the most intense inversions occur in the winter, due to the longer nights and colder ground.

Inversions are also associated with warm fronts, as warm, humid air spiraling into a low pressure system rides up over the cooler, denser air that is retreating ahead of the Low. The presence of an inversion is what causes precipitation such as snow pellets, ice pellets and freezing rain. They also happen under domes of high pressure, when air sinking from above warms as it descends, but stops when it encounters cooling air rising from the ground.

A similar kind of temperature inversion, but more due to physical barriers, forms in valleys - especially in the B.C. Interior - causing them to suffer from poor air quality.

Weather Network meteorologist Erin Wenckstern explains how these form, in the video below:


In addition to the fog that forms in these situations, any air pollution produced by residents of the valley - by driving, from industry, and especially from using wood-burning fireplaces and stoves - will mix into this 'capped' layer of air.

Since the mountain slopes are the first part of the ground to be warmed in the morning hours, this can actually reinforce an inversion like this, because warmed parcels of air rise from those higher slopes, adding to the inversion, while air below remains cooler. It isn't until much later in the morning and during the afternoon that that the valley floor can be heated enough to producing rising parcels of air, and potentially break the inversion.

Depending on the weather conditions, however, these inversions can last for days at a time.

As mentioned above, ground-level ozone is usually a problem in the warmer months of the year, when sunlight is more intense.

It is produced when photons of sunlight provide energy to drive chemical reactions between oxides of nitrogen (NOx) - nitrogen dioxide and nitric oxide, from burning coal, gasoline and oil - and volatile organic compounds (VOCs) - chemicals from gasoline vapours, oil and gas refining, and wood burning. The more photons of sunlight that are present, and the more intense the energy of those photons, the more chemical reactions that will take place, and the more ground-level ozone produced. Thus, bright, sunny days in late spring through early fall will see higher concentrations of ozone, and the highest will be seen on days when this is combined with stagnant weather, and a strong temperature inversion.

Note: Stratospheric ozone - the so-called 'Ozone Layer' - is a layer of ozone high up in the atmosphere, roughly 20 to 30 kilometres up, that is produced when oxygen molecules (O2)are broken apart into atoms (O) by high energy solar photons, and the resulting oxygen atoms link up with other oxygen molecules to make ozone (O3). Although this layer of ozone is beneficial for us, as it absorbs harmful ultraviolet radiation from the Sun, it would not be good for us to inhale it.

In winter, the lower angle of the Sun in the sky means that sunlight passes through more atmosphere, and thus has less energy when it arrives at the ground. A bright, sunny day, with a stagnant air mass and a temperature inversion, and with high concentrations of NOx and VOCs, may produce some ozone, but even with all of that, levels would not be expected to climb very high.

Under very specific conditions, though, we can see elevated ozone concentrations during winter, as well.

Add a layer of clean, freshly fallen snow, or a layer of smooth ice over snow, to the above conditions, and it produces a very interesting situation.

Normally, incoming photons of sunlight interact with the pollution in the air once, and then are absorbed by the ground. If the ground has a high albedo, however, such as when there's fresh snow on the ground, and especially if there's a layer of smooth ice over white snow, the incoming photons will cause the NOx and VOCs to react once, and then many of those photons will be directly reflected back up from the ground, to cause more reactions on their second pass through. 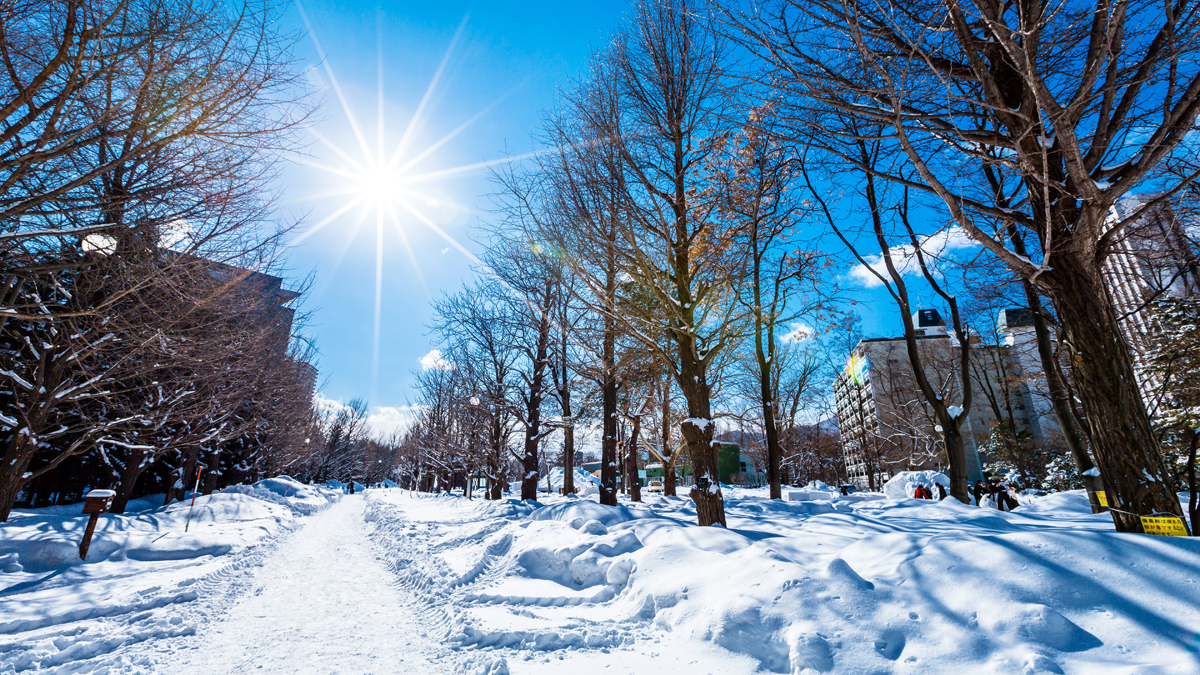 This can result in up to a double-dose of ozone production, turning a day with only low or moderate risk on the AQHI into a day where pollution levels rise to be 'high risk'.

WHERE TO CHECK THE AQHI

You can see the current AQHI value for your community on your local city page.

It is also available from The Weather Network app, or from the Environment Canada website.