Expired News - Two-metre wide asteroid hits Earth, lights up sky in Africa - The Weather Network
We use cookies on this site to improve your experience as explained in our Cookie Policy. You can reject cookies by changing your browser settings.   READ MORE I ACCEPT

Tuesday, June 5, 2018, 11:30 AM - Detected by astronomers just hours before impact, tiny asteroid '2018 LA' blazed a bright trail in the night sky over southern Africa, after plunging into our atmosphere from space on Saturday.

Astronomers know of thousands of asteroids whizzing around in space, some of which are known to cross Earth's orbit from time to time. On Saturday, for only the third time since asteroid record-keeping began, a rock from space was detected by telescope only a short distance away from Earth, was found to have a trajectory that had a high probability of Earth-impact, and was then observed to actually impact with Earth, shortly thereafter.

This particular space rock, now officially (and posthumously) named '2018 LA', was estimated at being around 2 metres wide, and travelling at a speed of over 61,000 km/h (17 km per second), when it reached the top of Earth's atmosphere.

"This was a much smaller object than we are tasked to detect and warn about," NASA's Planetary Defense Officer, Lindley Johnson, said in a statement on Sunday. "However, this real-world event allows us to exercise our capabilities and gives some confidence our impact prediction models are adequate to respond to the potential impact of a larger object." 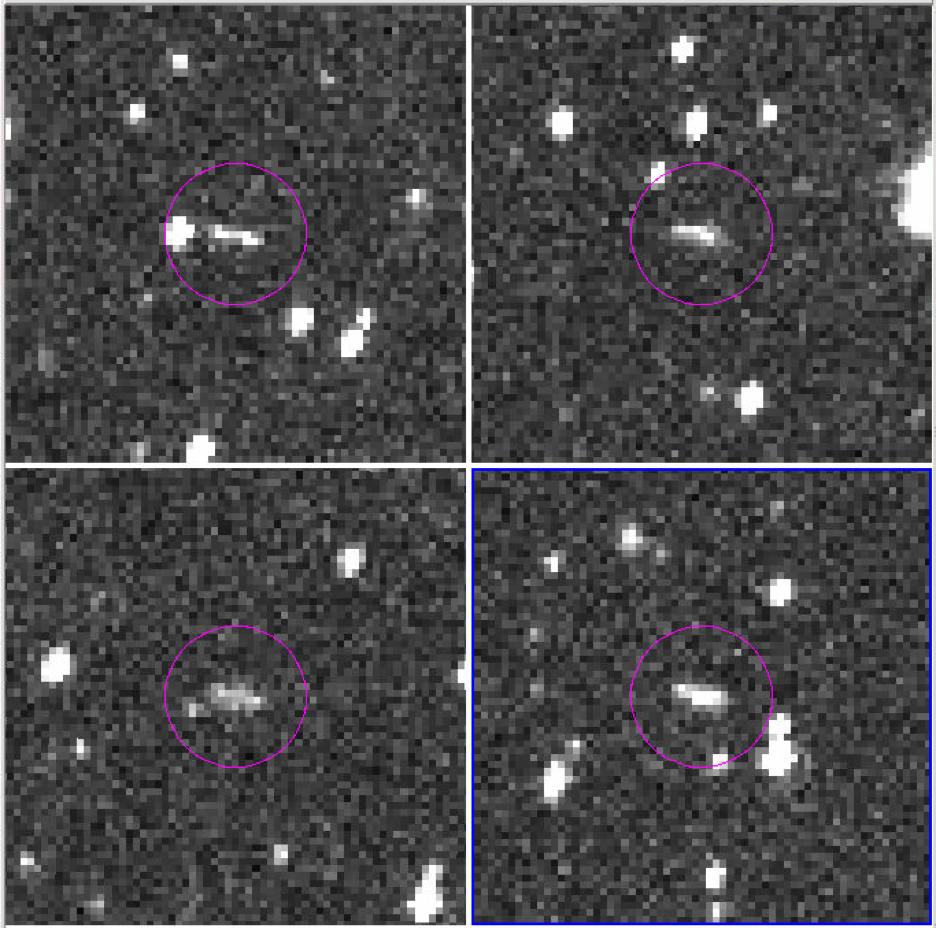 2018 LA was first spotted on Saturday, June 2, 2018, at 3:43 UTC (11:43 p.m. EDT, June 1), by astronomers working with the Catalina Sky Survey. Assigned a temporary name of 'ZLAF9B2' while it was evaluated, the astronomers passed on their observations to colleagues at the Harvard-Smithsonian Center for Astrophysics' Minor Planet Center, and the Center for Near-Earth Object Studies (CNEOS) at NASA's Jet Propulsion Laboratory.

Scientists at those centres quickly confirmed that it was a new, previously unknown asteroid, and from its path, it was likely going to impact with Earth in the hours to come. According to CNEOS records, the asteroid's distance from Earth's centre, at closest approach, was calculated to be 5,874 km, which is well inside the planet's radius of 6,371 km.

Tracing its potential zone of impact - not an easy task with only 14 observations - simulations found that it could have hit anywhere along a line that stretched from Oceania, all the way to southern Africa.

Just over 13 hours after it was detected, a bright 'bolide' fireball was spotted at the end of that line, over the border between Botswana and South Africa.

While any particularly bright meteor is typically called a fireball, the term 'bolide' is used to describe a fireball that flashes extremely bright, due to the object causing the meteor exploding in mid-flight through the air.

Security camera footage of this bolide was posted to YouTube by Barend Swanepoel, from his father's farm, between Ottosdal and Hartebeesfontein, to the southwest of Johannesburg, South Africa.


The camera, which Swanepoel said faces to the NW, captured the entry of the asteroid at 6:49 p.m. local time, and according to the Minor Planet Center, it exploded at an altitude of around 50 kilometres above the ground.

Fortunately, even though it is harder to find asteroids this small, ones of this size are also too small to cause any noticeable damage to anything or anyone on the ground. They may cause a bright flash in the sky as they explode high up in the atmosphere, but the energy of the explosion isn't big enough to be felt on the ground by anything but sensitive detectors.

The asteroid that exploded over Chelyabinsk, Russia in February 2013, for example, was estimated at around 20 metres wide, and the air blast produced by its explosion managed to shatter windows throughout the city.

While there is a good chance of finding meteorites on the ground from the impact of 2018 LA, any fragments of the asteroid that made it to the surface would have been slowed considerably by their interaction with the atmosphere. Although they started off at the top of the atmosphere travelling at tens of thousands of kilometres per hour, by the time they reached the ground, they would only be moving at around 300-500 km/h - at the most, a quarter of the velocity of a bullet. It would most certainly hurt if someone was unlucky enough to be hit by one of these, but it's unlikely to cause a serious injury.

RELATED: Want to find a meteorite? Expert Geoff Notkin tells us how!

There have been only two other times when asteroids were detected so soon before impact.

"The discovery of asteroid 2018 LA is only the third time that an asteroid has been discovered to be on an impact trajectory," Paul Chodas, CNEOS manager at JPL, said in the NASA statement. "It is also only the second time that the high probability of an impact was predicted well ahead of the event itself."

According to NASA JPL:

The first event of this kind was the impact of asteroid 2008 TC3, which lit up the predawn sky above Northern Sudan on October 7, 2008. That was a slightly larger asteroid (about 13 feet, or 4 meters in size), and it was discovered a full 19 hours before impact, allowing for a large number of follow-up observations and a very precise trajectory to be calculated. The second predicted impact event was for asteroid 2014 AA, which was discovered only a few hours before impact on Jan. 1, 2014, in the Atlantic Ocean, leaving too little time for follow-up observations. The Catalina Sky Survey has been responsible for discovering all three of these small asteroids on impact trajectories, and all on the watch of the same observer, Richard Kowalski.