Expired News - Scientists spot whale not seen in Canada for years - The Weather Network
We use cookies on this site to improve your experience as explained in our Cookie Policy. You can reject cookies by changing your browser settings.   READ MORE I ACCEPT

Scientists spot whale not seen in Canada for years

Thursday, September 27, 2018, 4:58 PM - Over the summer, a group of biologists and members of the Canadian Coast Guard reported a sighting of an endangered sei whales in Canadian waters for the first time in more than 50 years.

The researchers weren't on the lookout for the whales, but were alerted to their presence by floating sonar devices that detected their calls under the water.

"This was very exciting because we didn't expect it," Thomas Doniol-Valcroze, a research biologist with the Department of Fisheries and Oceans, told the Canadian Press (CP).

"People on my team had never seen them ... Sei whales are so rare nobody is actually completely sure what they sound like here in the Northeast Pacific." 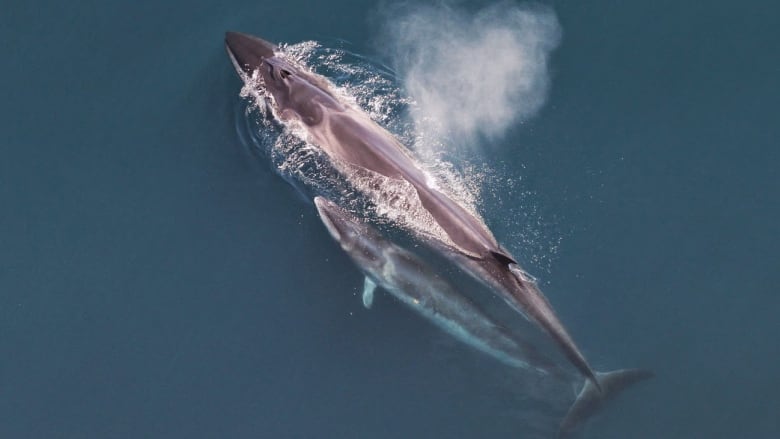 The sei whale is one of the fastest whales in the world, reaching speeds up to 50 km/h over short distances.

At their peak, there were more than 60,000 of them in the North Pacific, but their population dwindled due to over-hunting, a practice that was banned in the 1960s. Sei whales are listed as an endangered species in Canada.

Doniol-Valcroze said his team started hearing noises that sounded similar to sei whales off the coast of B.C. and began to investigate. That led to the discovery of five large whales swimming alongside a pod of fin whales.

The scientists were surveying the waters as part of a 10-week study commissioned by the federal government, aimed at estimating all marine mammal populations in Canada's Pacific. The team says it did not see enough sei whales to accurately estimate how many of them are in Canadian waters.

The complete findings of the survey will be published in a year.