Expired News - 'Floating terror' washes up on popular Maritime beach - The Weather Network
We use cookies on this site to improve your experience as explained in our Cookie Policy. You can reject cookies by changing your browser settings.   READ MORE I ACCEPT

Tuesday, July 25, 2017, 4:16 PM - This summer's stormy weather in eastern Canada may be stirring up more than just sour feelings from sun-seekers.

Last week, a Nova Scotia family stumbled across a beautiful but potentially dangerous  aquatic visitor - one that packs a powerful sting.

With such colourful nicknames as blue-bottle and floating terror, the Portuguese man o' war isn't unheard of in Maritime waters. "If it's a really windy, stormy summer ... they can get blown up north and have been recorded in Nova Scotia," Dalhousie University master's student Bethany Nordstrom told CBC News. 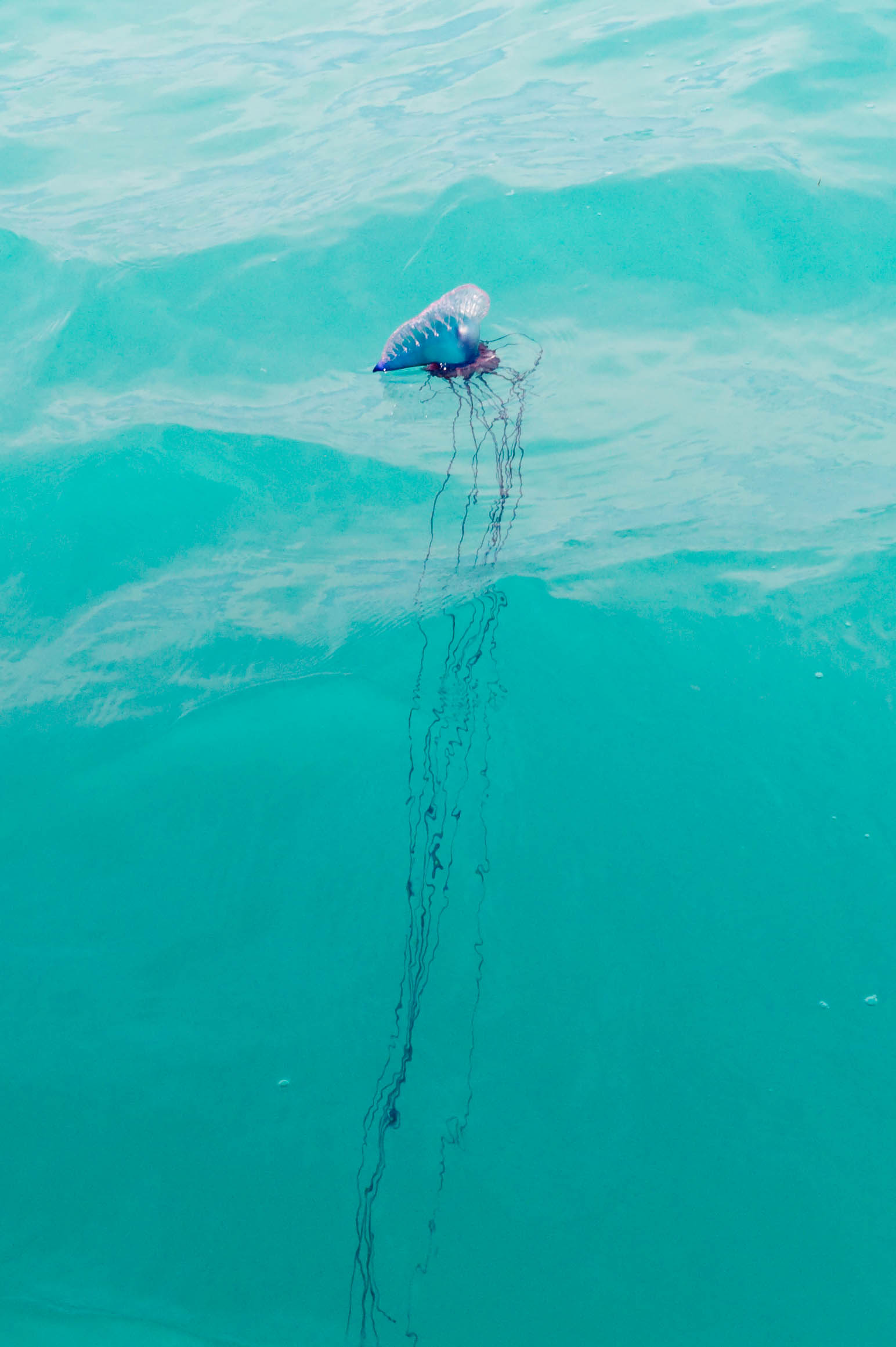 A Portuguese man o' war capture on camera by photographer Joi Ito. What's visible above the surface only hints at what's below.

Amy Clark, who's family discovered the unusual creature on Crystal Crescent Beach near Halifax, told CTV News it was quite a sight. "It was see-through, it was iridescent. It caught the light beautifully."

Though it resembles a jellyfish, the man o' war is actually made up of multiple organisms - a colony of polyps working together to survive. The individual creatures make up the whole 'colonial organism', which consists of the iridescent sail and tentacles that can be up to 30 metres long.

See it: Jellyfish are regular visitors to Halifax Harbour


According to a CBC report, there are been three confirmed sightings of Portuguese man o' wars in Nova Scotia so far this summer.

Despite the dramatic name, the sting of the man o' war generally isn't fatal, but that doesn't mean you want to get up close and personal with one. "[The sting] is very, very painful," Nordstrom told CBC, "and can last for a couple of hours." The researcher added that in cases where the sting has proved deadly, an allergic reaction to the venom is usually to blame.

Nordstrom has been conducting a survey of Maritime jellyfish for the past few years as part of her research. She takes reports from individuals who've sighted the creatures at jellyfish@dal.ca.

Thumbnail: A Portuguese man o' war as seen on a Miami beach.

Watch below: Fearless explorer Nate Coleman takes us to a secret Halifax beach