Expired News - Neck and neck: Vancouver, Toronto compete for rainiest month - The Weather Network
We use cookies on this site to improve your experience as explained in our Cookie Policy. You can reject cookies by changing your browser settings.   READ MORE I ACCEPT

Tuesday, November 13, 2018, 6:44 PM - It may be Vancouver's rainy season, but Toronto is giving the wet west a run for its money this November. Thanks to an active storm track, while eastern Canada has seen round after round of rain this season, wet weather has been slow to arrive in the west.

In fact, in what should be Vancouver's rainiest month of the year, here we are about half way through November with only 61 mm of rainfall has been recorded so far. The November average? 189 mm. That's about 32 per cent, for those keeping score.

Meanwhile, over in Ontario, Toronto's gloomy skies have resulted in 59 mm of rainfall; that's almost 79 percent of the usual November 75 mm.

(See also: Newcomers to Canada, these children are enjoying snow for the FIRST time) 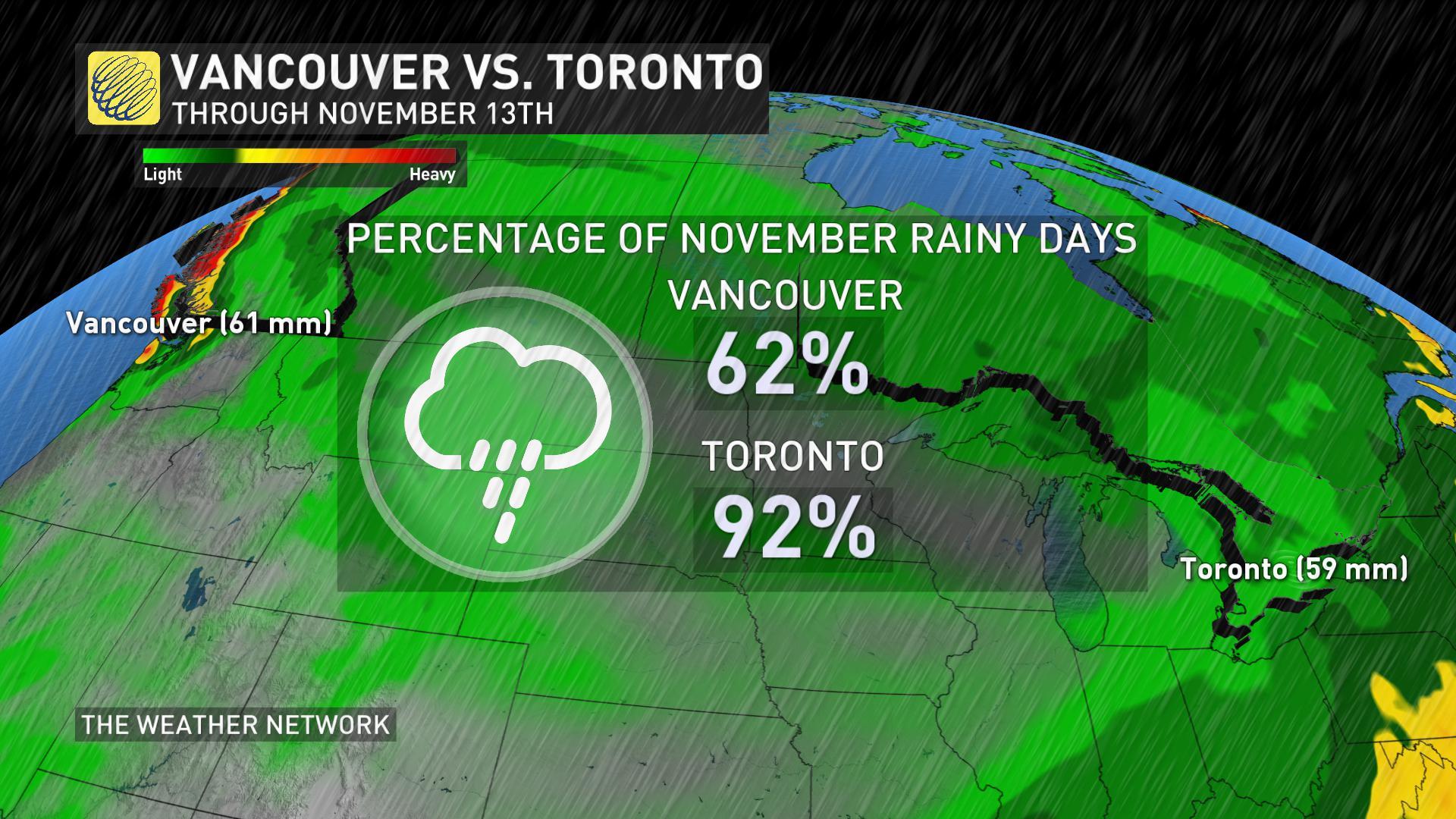 So will Vancouver make up the deficit before the end of the month? Possibly, but it's going to be an uphill battle. Long range ensemble models suggest that strong high pressure off the coast remains in place through next week, and that means storms coming into the coast will tend to trend north, keeping the Lower Mainland out of the main storm track. That doesn't mean the city won't see any storms at all, but the classic fall blasts of wind and rain seems less likely.

(Related: California wildfire smoke on its way to western Canada?)

Into the very long range, however, there is some suggestion that ridge of high pressure will break down, and that means we could be looking at the rainy season making an eleventh-hour comeback.

And Toronto? Does it stay soggy?

The Great Lakes region actually looks a bit drier heading into the last two weeks of November; something that might be a relief to those sick of the rain. The trade off? The high pressure keeping southern Ontario dry looks to be arctic in origin, and that means those clearer skies come at the price of chillier temperatures.