Expired News - 6 feet of snow in Labrador 'unprecedented' this late in June - The Weather Network
We use cookies on this site to improve your experience as explained in our Cookie Policy. You can reject cookies by changing your browser settings.   READ MORE I ACCEPT

6 feet of snow in Labrador 'unprecedented' this late in June

A little snow, sure, but the banks around the southeastern Labrador fishing camp is wreaking havoc on summer plans.

"It's not uncommon to see snow around the lodge — not six feet, though," says Jim Burton, who operates Igloo Lake Lodge.

Burton said this is the first time in 50 years he's had to fly in a snowmobile in order to get supplies to the camp and get it ready for the season.

"This is an anomaly," he told CBC's Labrador Morning.

"Unprecedented ice and snow conditions given the time of year. We've been as late as the 10th of June getting in there, so we've surpassed that."

"You just can't walk into the woods with waist-high to six-feet of snow in some places," Burton said.

"There's not much you can do when you have a frozen lake." 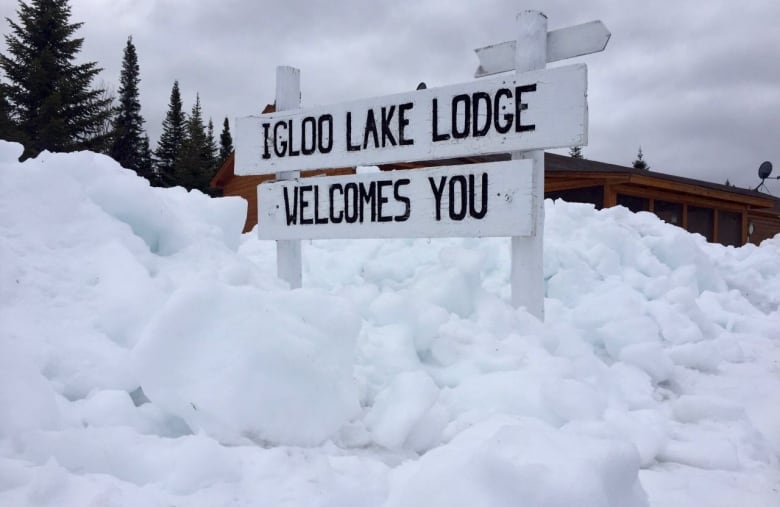 This is the first time in 50 years, Jim Burton says, that there's been this much snow around the camp. (Submitted by Jim Burton)

There are plenty of trout in the streams and rivers, but it's not feasible to get a fishing group out in the current conditions.

All the snow is also making it difficult to do regular maintenance on the camps, so Burton can't paint or do seasonal repairs.

This year's winter frost dislodged some of the plumbing, even moving the toilets, a problem that will need to be fixed before a group can stay in that camp.

"Perhaps over the next few days we'll be lucky enough to land our 1951 de Havilland Beaver float plane on this lake."