Expired News - Hubble will see a supernova in 2016. Here's how we know - The Weather Network
We use cookies on this site to improve your experience as explained in our Cookie Policy. You can reject cookies by changing your browser settings.   READ MORE I ACCEPT

News
Editor's Choice
Historic 'megaflood' threatens California, study warns
Spotting an exploding star is usually a matter of sheer luck, but astronomers now know where and when to point the Hubble Space Telescope in 2016 to see a supernova just as it happens. Here's how.
OUT OF THIS WORLD | Earth, Space And The Stuff In Between - a daily journey through weather, space and science with meteorologist/science writer Scott Sutherland

Hubble will see a supernova in 2016. Here's how we know

Tuesday, November 24, 2015, 12:47 PM - Spotting an exploding star is usually a matter of sheer luck, but astronomers now know where and when to point the Hubble Space Telescope in 2016 to see a supernova just as it happens. Here's how.

Knowing exactly when a star will go supernova is not an easy task. First, there's more than one way a star can go supernova. Second, we often can't even see these stars before they explode, since, until that point, they're just some non-descript resident of a distant galaxy that we can't even pick out from its neighbours. Third, we still don't know quite enough about distant stars - even ones in our own Milky Way galaxy - to tell what's really happening with them as they reach the end of their lifespan. At best, astronomers can predict that specific stars in our galaxy will very likely go supernova, sometime in the next million years or so.

There's one case that's different from the rest, however, and it surely has astronomers excited for the first few months of 2016.

In November of 2014, astronomers using the Hubble Space Telescope spotted a distant supernova, which they called Refsdal, that took place in a cluster of galaxies that goes by the name MACS J1149+2223. What's remarkable about this is that they didn't just see this supernova once. They saw it four times at once! 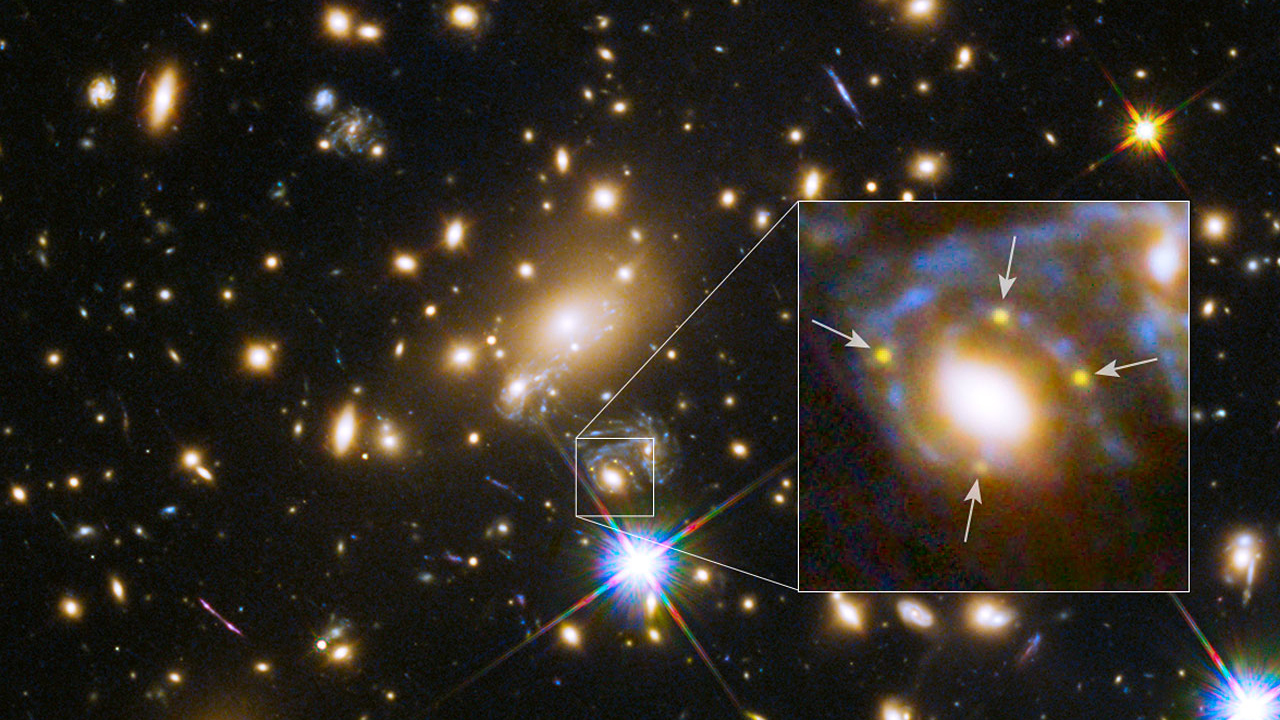 This arrangement of the supernova's light is known as an Einstein Cross. It looks like that because somewhere between us and the exploding star is a lens that's being formed due to the immense gravitational forces acting on spacetime in that region of the universe. With that lens in the way, the light from the supernova has to travel around it on different paths, and it shows up to us as four images of the same explosion.

While astronomers have seen many examples of this gravitational lensing effect with different stars, galaxies and other objects, this was the very first time they'd ever seen an Einstein Cross from a supernova.

This discovery was very exciting in its own right, however that's not the end of the story, or the last time we will be able to see this supernova.

As it happens, the team of astronomers poring over this field of view found that the much larger gravitational lens produced by the massive galaxy cluster is showing us multiple images of the galaxy that hosts this supernova. That's not all. By carefully examining these images, the team determined that each separate image of the galaxy is showing us a different point in time.

How is that possible? Due to the actual position of the galaxy relative to the cluster's gravitation lens, or due to the shape of the gravitational lens, or both, some paths around the lens are longer than others - even for light. Therefore, the light forming each separate image takes a different amount of time to make it around the lens and arrive here at Earth.

In the view of this region of space shown below, three images of this same galaxy are circled. 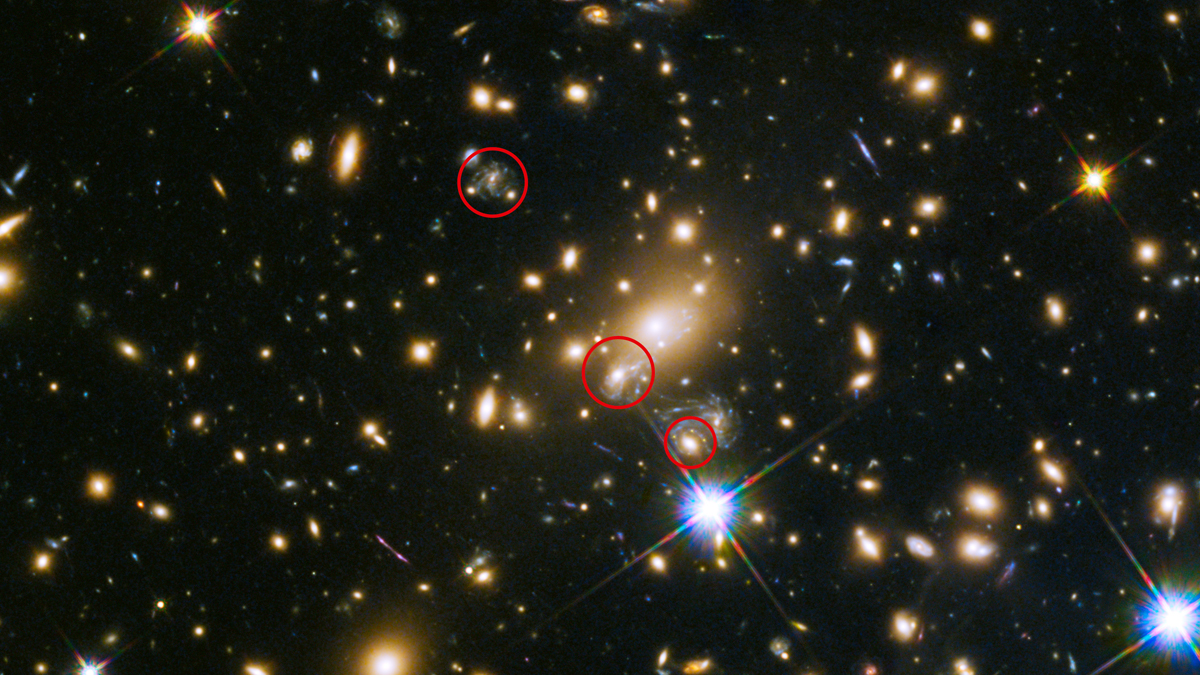 Based on their results, the astronomers say that the light forming the top image takes the least amount of time of the three to reach Earth. Apparently, if Hubble had been aimed in this direction in 1995, that would have been the first spotting of SN Refsdal.

The bottom image is where Refsdal formed the Einstein Cross in November of 2014. The light that forms this image takes a longer path around the cluster's gravitational lens than the light forming the top image. Thus, the light emitted by the supernova also took longer, and it showed up later.

The image circled in the center of the view is the one of interest now. As the supernova fades in the bottom image, the astronomers are predicting that it will flare to life in this one.

When will this happen? By their reckoning, the astronomers say it will happen sometime between January and April of 2016, and they plan on having Hubble pointed that way to see it.

SEE IT NOW!: First predicted supernova caught in the act. See it here

Note: A previous version of this story indicated that SN Refsdal would be showing up as a full Einstein cross in the latest observations. This is, unfortunately, not true. The Einstein cross from Refsdal was an isolated event, due to one small part of the galaxy cluster's gravitational lens affecting only that one spiral arm of that one specific image of Refsdal's host galaxy. According to Patrick Kelly, from University of California Berkeley, the single instance spotted in December is the only reappearance of Refsdal that is expected. Results from the full observation of this reappearance are due out sometime soon.

Related video: For Science! Incredible extremes from the far reaches of the universe