Expired News - Glaciers are melting at their fastest pace in 400 years - The Weather Network
We use cookies on this site to improve your experience as explained in our Cookie Policy. You can reject cookies by changing your browser settings.   READ MORE I ACCEPT

Glaciers are melting at their fastest pace in 400 years

Wednesday, December 5, 2018, 4:42 PM - It's no surprise that rising global temperatures are causing ice to melt on many of Earth's glaciers, but scientists have recently come to the conclusion that Alaska, and especially some of the state's southern mountain ranges, is one of the most affected areas in the world.

A team of scientists led by Dominic Winski, a glaciologist at Dartmouth College, along with the collaboration of other researchers from the Universities of Maine and New Hampshire, have drilled ices cores from the Mt. Hunter area in Alaska's Denali National Park to find that melting is occurring faster than at any time in the past 400 years, mainly due to rising summer temperatures. The warming in this about 1.2 to 2°C warmer than the summers of the 18th, 19th and early 20th centuries.

By drilling the ice in Mt. Hunter´s summit plateau at around 13,000 feet above sea level, researchers where able to reconstruct climate events going back to the 17th century. Ice which showed darker bands with no air bubbles was indicative of a time period when snow on the glacier had melted before re-freezing. The more melt events they observed in a given year, the warmer the summer. 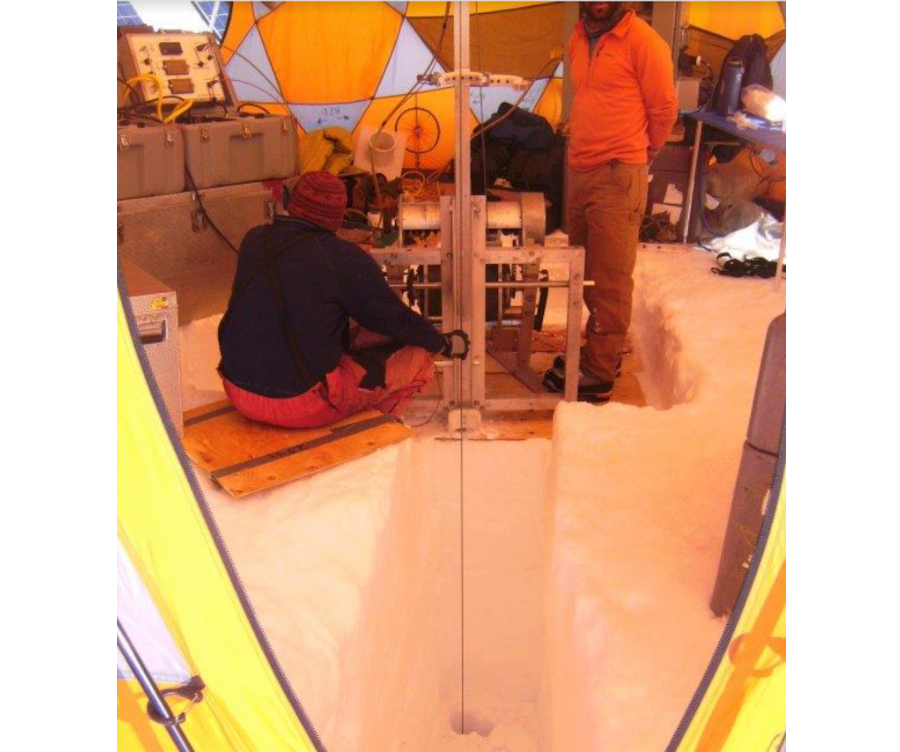 On Mt. Hunter, the warmer environment has melted 60 times more snow than prior to the start of the industrial revolution around 150 years ago.

Most of the warming has occurred during the last century, and there is a strong correlation with higher temperatures in the tropical Pacific ocean. According to the authors these warming tropical ocean temperatures are behind the unprecedented melting occurring in several Alaskan glacier fields.

Recent sea surface temperature anomaly (SST) trends have also seen warmer water in the north Pacific ocean, a phenomenon known as ¨The Blob¨. The impact of these ¨new¨ warm ocean episodes on glacial ice melt over Alaska are still under investigation but they will soon reveal how warming oceans are impacting ice melt around the earth.