Expired News - Can Mars be terraformed with bacteria? The Cyano Knights think so! - The Weather Network
We use cookies on this site to improve your experience as explained in our Cookie Policy. You can reject cookies by changing your browser settings.   READ MORE I ACCEPT

Can Mars be terraformed with bacteria? The Cyano Knights think so! 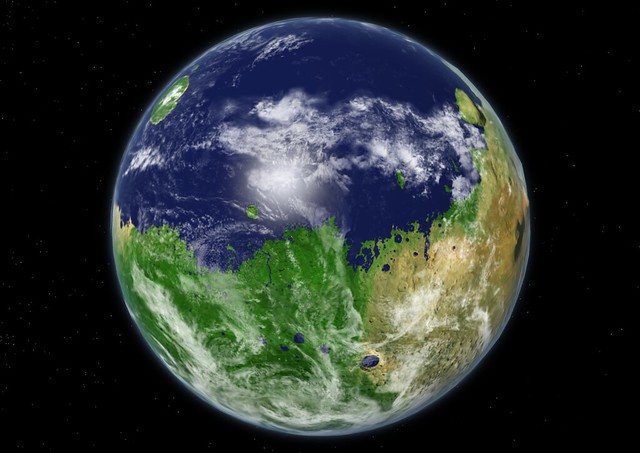 Tuesday, December 30, 2014, 11:44 AM - With Mars a prime target for humanity's first off-world colony, one of the biggest difficulties faced in that effort is the planet's inhospitable environment - especially the lack of oxygen for colonists to breathe. However, the Cyano Knights project may be able to solve that problem.

One of the biggest hurdles facing potential Mars colonists is the isolation that they will experience on the planet's surface. They will have each other to rely on, of course, but this will be a more fundamental isolation. Any interaction they have with the Martian environment will be through barriers. They will never be able to exit the colony and stand on the Martian soil without the benefit of a spacesuit and an oxygen supply strapped to their backs. They will never be able to breathe the Martian atmosphere, dig their toes through the Martian sand or run a bare hand over sediment rocks of some ancient stream bed. It will certainly be a daunting psychological aspect of the mission.

However, what if the colonists could arrive, pop the hatch on their ship and step out to enjoy a crisp, clean breath of Martian air, complete with ample oxygen to meet their needs?

That's the goal of the Cyano Knights project.

Started by a group of German scientists and students, this project is part of the Mars One University Competition, and involves using cyanobacteria (often, although incorrectly, called 'blue-green algae') to alter Mars' atmosphere. Since these microorganisms consume carbon dioxide and produce oxygen as a waste gas, they could radically transform the planet.

CLICK BELOW TO WATCH: The Cyano Knights team talks about their bold plan to bring oxygen to Mars (including a musical tune about the project).

Mars' atmosphere is very thin, less then 1 per cent of Earth's, and it's over 95 per cent carbon dioxide, with no oxygen in it. A project like this could simply provide a way for colonists to produce oxygen on a small-scale, simply by letting in a controlled amount of the Martian atmosphere for the cyanobacteria to feed on. However, if cyanobacteria were seeded throughout the Martian environment, it could have a much larger effect.

Converting carbon dioxide to oxygen in Mars' atmosphere wouldn't make it instantly breathable by humans or animals. It would still be far too thin, and it wouldn't have the right components to be useful to us. However, just as on Earth, having oxygen in the atmosphere would result in a layer of ozone high above the ground, which would protect the surface from the most harmful ultraviolet radiation from the Sun. This could certainly make living there easier.

From there, we would have to thicken the atmosphere considerably, by adding an abundance of nitrogen (around 4 quadrillion tons of it), and adding even more carbon dioxide (more than a quadrillion tons of that) for the cyanobacteria to convert to oxygen and leave behind some to enhance the greenhouse effect. That's a little beyond our capability these days, but that would certainly produce a more habitable Mars, with the thicker atmosphere retaining more heat, thawing the water locked away in the soils and possibly venting more gases as well.

How long the planet would remain that way is another matter, though. Mars' lower gravity would mean more of those gases escaping into space over time, and the lack of a consistent planetary magnetic field would allow the solar wind to strip off gases from the upper atmosphere as well. Both of these methods of atmosphere loss, as well as others, are under investigation by NASA's MAVEN mission.