Expired News - OTTAWA: Residents credit Alert Ready for saving lives - The Weather Network
We use cookies on this site to improve your experience as explained in our Cookie Policy. You can reject cookies by changing your browser settings.   READ MORE I ACCEPT

Rick Swant was grocery shopping in Kanata Friday when he got the first message on his phone about the tornado warning. Like many Canadians who are not used to the wireless alert system that started broadcasting in April, he initially didn't pay much attention.

"When I got the third one, something kicked in," he said. "Maybe this really is for real."

His children were home alone. Jordan, 15, and Josh, 11, were out in the playhouse in the backyard. Swant called home and told his daughter to get the boys inside.

Take these warnings seriously. These two boys are alive because of that. - Dunrobin resident Rick Swant

Minutes later the tornado touched down and the playhouse was gone. 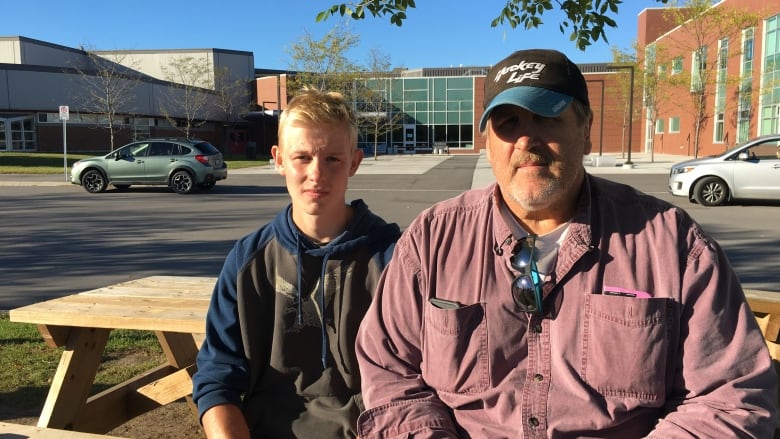 "Our playhouse was completely was destroyed," Swant said.

Jordan Swant says he feels lucky to be alive. "You just don't realize how quick it can just all end ... It was just like a snap of a finger, like that."

The West Carleton high school student said once he ran inside the house, the tornado was upon them.

His father is urging everyone to pay attention to the alerts.

"Take these warnings seriously. These two boys are alive because of that."

CHILDREN HID UNDER THE STAIRS

Further along Porcupine Trail, Amy Bridgestock, 12, was also home alone with her younger brother when she got an alert on her cell phone.

"I got the warning on my phone and I looked at the clouds ... and then we saw the trampoline fly," Bridgestock said.

"I thought I was going to die so I just ran downstairs." 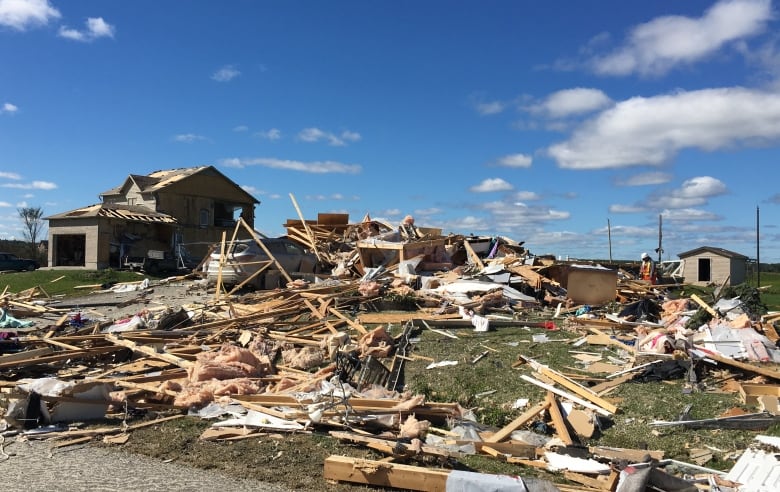 Dozens of homes were severely damaged when a tornado touched down in Dunrobin on Friday. (Jennifer Chevalier/CBC)

Aimee phoned her father, Ben, who was stuck in traffic. He also heard the alert on his phone and he told the children to hide under the stairs.

"It went really quiet at one point. I kept asking her what she could hear, what she could see ... they went out from under the stairs and there was glass and mess everywhere so they got upset and scared again."

Eventually firefighters came and took the kids to the neighbours until Ben could get home.

The Bridgestock family have holes into their roof, their windows have blown out and their garage has been destroyed.

"There were some much worse than ours. They were just flattened completely. We're just lucky nobody was killed," said Bridgestock.

VIDEO: ALERT READY | WHAT IT IS AND HOW IT WORKS