Expired News - Earthrise, photo that changed how we see the world, turns 50 - The Weather Network
We use cookies on this site to improve your experience as explained in our Cookie Policy. You can reject cookies by changing your browser settings.   READ MORE I ACCEPT

Earthrise, photo that changed how we see the world, turns 50

Monday, December 24, 2018, 3:57 PM - Fifty years ago, Apollo astronaut William Anders captured one of the most iconic images of our home, revealing just how fragile it is, in the depths of space. How is this image still affecting us today?

On December 24, 1968, NASA astronauts Frank Borman, James Lovell and William Anders became the three humans who have traveled the farthest from our home planet - a record which still stands today. On board the Apollo 8 spacecraft, the trio was part of the first crewed mission to the Moon and back, and while they would not land on the surface during this trip (nor any future one), they captured one of the most beautiful images of Earth to date.

It was at the beginning of their third orbit around the Moon, while taking images of the surface features passing by below them, that they noticed the Earth rising above the lunar horizon. Scrambling for a roll of colour film, to capture this amazing view, Anders snapped the now famous 'Earthrise' picture. 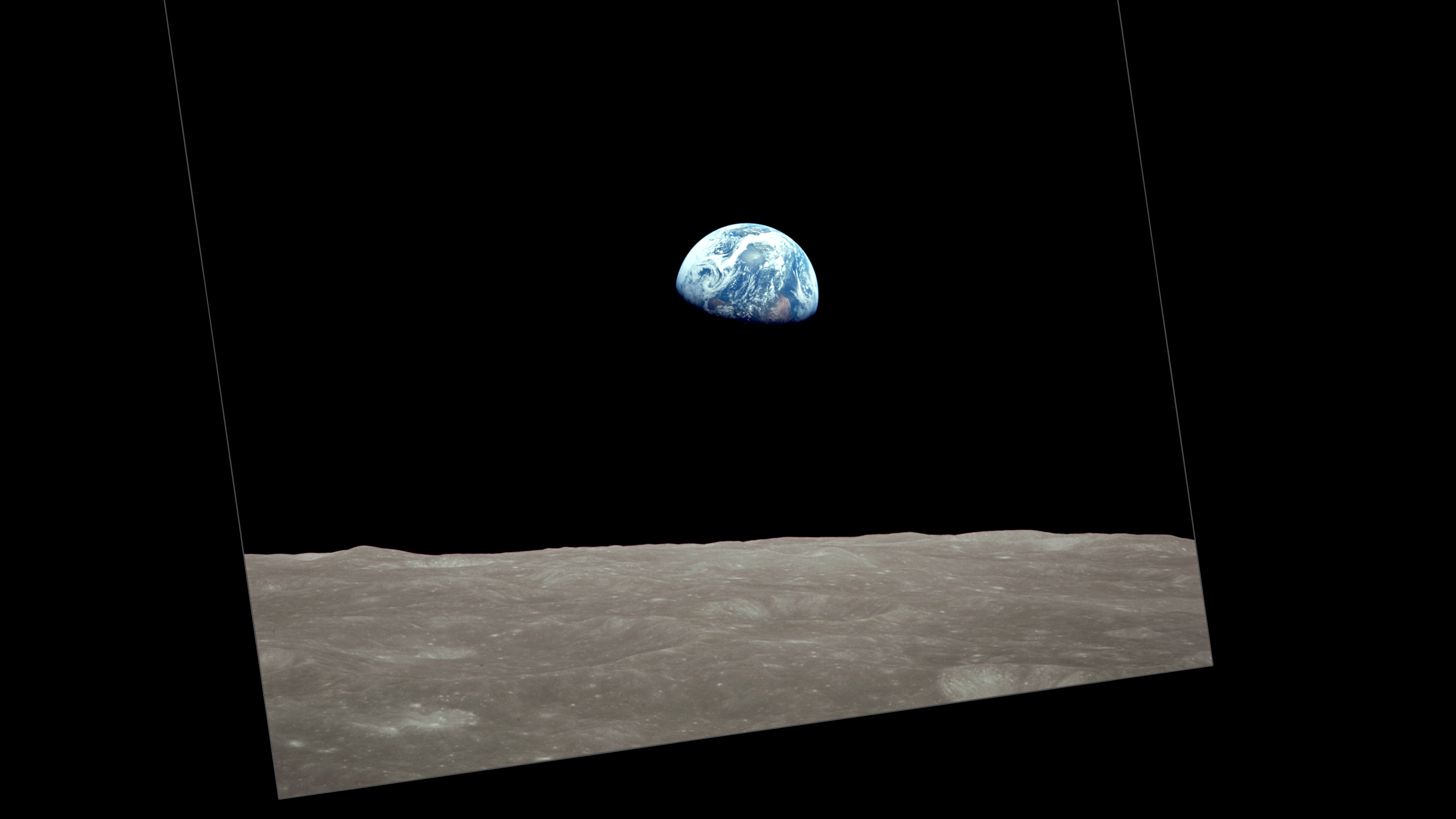 WATCH BELOW: SEE 'EARTHRISE' FROM THE LUNAR RECONNAISSANCE ORBITER


The video above, produced by NASA's Goddard Scientific Visualization Studio, is an accurate representation of what Borman, Lovell and Anders would have seen outside their spacecraft, as Earth-rise rotated into view.

It is this rotation that is most important, in fact - more important than is, at first, apparent. On the previous two orbits around the Moon, the trio did not see Earth in their viewports. The spacecraft's orientation angled their viewports so that they could only see the surface of the Moon passing by, below. If they had not initiated this roll maneuver, they would have missed it once again, but the roll turned the ship perfectly, so that it brought the horizon and the rising Earth into their line of sight.

According to NASA, this image is thought to have sparked the modern environmental movement.

Despite not being the 'first' image of the Earth from our Moon, Earthrise is special. It was directly witnessed by the astronauts as well as being captured by the camera. It elegantly illustrates how human perception is something that is constantly evolving, often hand in hand with technology.
Earthrise showed us that Earth is a connected system, and any changes made to this system potentially affect the whole of the planet. Although the Apollo missions sought to reveal the Moon, they also powerfully revealed the limits of our own planet. The idea of a Spaceship Earth, with its interdependent ecologies and finite resources, became an icon of a growing environmental movement concerned with the ecological impacts of industrialization and population growth. Viewed at a different angle and zooming in, 'Earthrise' reveals the western half of Africa along the terminator, swirls of cloud over the north and south Atlantic Ocean, and South America near the limb of the planet. Credit: NASA

Despite the initial impact of seeing this remote view of our home, 50 years later, it would seem that our planet - or at least the relatively comfortable existence human civilization has carved out on it - is still in great jeopardy.

Pollution, environmental degradation and climate change are having a profound impact on our world, and even with the upsurge in activism, and with most of the world's leaders coming together to promise action, the authors of that Conversation piece ask a very important question...

What will be this generation’s Earthrise moment?

Speak to astronauts who have travelled to space, from the original missions all the way up to current day, and there is one overwhelming consensus: Going into space changes your perception of the world - literally, but also fundamentally.

Seeing so much of the Earth, all at once, provides them with a view where borders all but vanish, and the dangerous and accelerating changes we are making to our environment become all too apparent. It is a perspective that is unlike anything we on the surface - with our limited, local view - can experience.

We are not totally without access to their vantage point, however.

On any day (when there is not a shutdown of the United States government), we can watch live video of our planet, directly from the International Space Station.

There are also daily images sent to us by NASA's Earth Polychromatic Imaging Camera (EPIC), on board the DSCOVR satellite, 1.5 million kilometres away, between the Sun and the Earth. At nearly four times farther away than Apollo 8 was from Earth, when Anders snapped the Earthrise image, the view is spectacular. This EPIC image, which roughly matches the orientation of Earth during the iconic 'Earthrise' photo, was captured at 11:43 UTC on Saturday, December 22, 2018. Credit: NASA

EPIC's purpose is to provide multiple images of Earth per day, to allow us to see how the world is changing over time.

Although only a small number of us will actually make it to space, to gain the same perspective as the astronauts who have been there, seeing these views of our world, every day, could help.

RELATED: SEE WHAT THE APOLLO 8 ASTRONAUTS SAW WHEN THEY CAPTURED THE ICONIC EARTHRISE PHOTO