Expired News - Globalization may actually be OK for the environment - The Weather Network
We use cookies on this site to improve your experience as explained in our Cookie Policy. You can reject cookies by changing your browser settings.   READ MORE I ACCEPT

Globalization may actually be OK for the environment

Thursday, April 26, 2018, 9:00 AM - The increasing pace of globalization and how it affects the environment has been a major global concern. Although the research has been fraught with contrasting results, there are many who strongly believe that increased globalization has been harmful to the environment.

A large number of environmentalists who support this view base their arguments on the premise that globalization leads to an increase in global demand, resulting in increased production. This indirectly contributes to the exploitation of the environment and the depletion of natural resources.

It’s an important question to ask right now considering the mounting anti-globalization sentiments that have engulfed the Global North.

We have not only witnessed Brexit, the election of Donald Trump, the Belgian opposition to the trade agreement between the European Union and Canada in the recent past, but more recently, we have seen anti-globalization sentiments heating up even in the United States, once the strongest architect and proponent of globalization in the world.

This is resulting in uncertainty and a near stalemate for NAFTA, steel and aluminium tariff hikes and the potential trade war with China.

Is globalization bad for the environment? 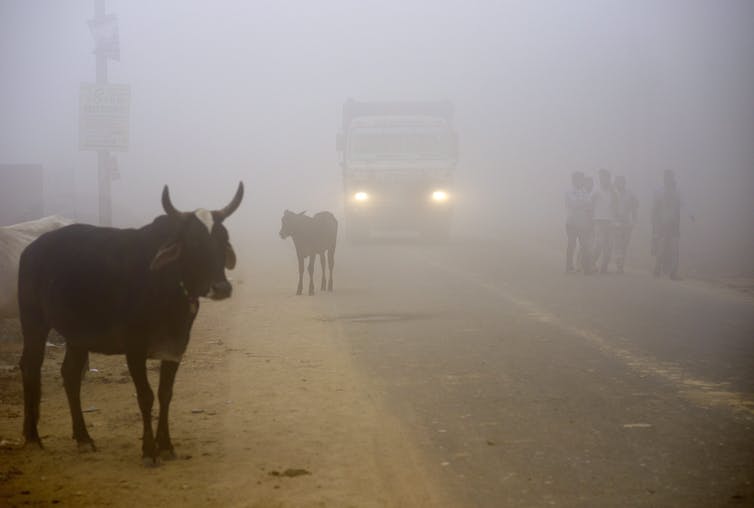 Cows stand by the side of a road as a truck drives through smog near New Delhi, India, in November 2017. (AP Photo/R S Iyer)

Those who support this bleak view of globalization argue it creates global competition, resulting in a boost in economic activities that deplete the environment and its natural resources.

The increased economic activity leads to greater emissions of industrial pollutants and more environmental degradation. The pressure on international firms to remain competitive forces them to adopt cost-saving production techniques that can be environmentally harmful.

But in fact, deglobalization may not necessarily translate into reduced emissions of harmful gases such as CO₂, SO₂, NO₂, but could actually worsen it. Through what’s known as the technique effect, we know globalization can trigger environmentally friendly technological innovations that can be transferred from countries with strict environmental regulations to pollution havens.

Globalization doesn’t just entail the movement of manufactured goods, but also the transfer of intermediate, capital goods and technologies. That means multinational corporations with clean state-of-the-art technologies can transfer their green know-how to countries with low environmental standards.

It’s widely recognized that multinational firms use cleaner types of energy than local firms, and therefore have more energy-efficient production processes. Deglobalization could mean these environmentally friendly technologies aren’t passed on to countries that are trying to go green.

The rise of anti-globalization forces also means less specialization in sectors in which countries have comparative advantages.

This can create an inefficient allocation of resources that leads to the dissipation of scarce economic and natural resources. If every country has to produce to meet its domestic demand, in other words, it could result in duplication in production processes and therefore an increase in local emissions.

Iran sanctions backfire for the environment

Since some countries have weaker environmental standards than others, this could possibly worsen global emissions.

A good example of this is Iran, which has been slapped with economic sanctions, making the country less integrated in the world economy. The result has been domestic production that’s wreaked immense havoc on the environment. As result of import bans of crude oil, for example, Iran started refining its own crude oil that contains 10 times the level of pollutants of the oil it used to import.

Globalization has another benefit — it’s been at the forefront of creating public awareness about labour and environmental standards through the platforms of international activities such as fair trade and eco labels.

The success of this environmental public awareness has resulted in consumer preferences evolving. Producers are therefore able to build their customer base by producing eco-friendly products.

Without international trade, consumers would have limited choices, and could be forced to purchase only domestic goods that may have been produced under lax environmental standards.

Globalization achieved through multilateral negotiations via the World Trade Organization has also demonstrated that although environmental protection is not part of the WTO’s core mandate, it has spurred enthusiasm within its member countries for sustainable development and environmentally friendly trade policies.

There are several WTO trade-related measures that are compatible with environmental protection and sustainable use of natural resources. For instance, the green provisions of the WTO direct countries to protect human, animal or plant life and conserve their exhaustible natural resources.

Apart from the WTO, regional trade agreements, known as RTAs, are another feature of globalization that promote environmentally sustainable policies. As countries seek to join RTAs, they are also made to simultaneously embrace environmental cooperation agreements.

Many countries, including Canada and those in the European Union, have developed national policies that stipulate that prior to signing any trade agreement, environmental impact assessments must be carried out. That means that any country that signs trade agreements with those countries must also automatically sign environmental cooperation deals.

China leading while the U.S. lagging?

We’ve seen over the years how countries like China, once pollution havens, are making tremendous gains in reducing their emissions, especially after becoming more integrated into the world economy. 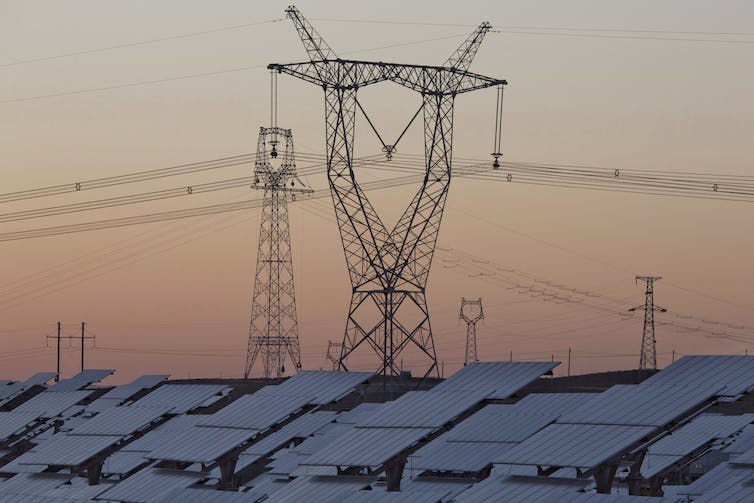 Because of the incentives to increase global market access for its products, China has moved from the position of one of the world’s top polluters into a global leader spearheading the fight against climate change and pollution.

In 2017, China closed down tens of thousands of factories that were not complying with its environmental standards.

Through its America First Energy Plan, the Trump administration has outlined its preference for polluting industries, the use of fossil fuels and the revival of the coal industry. This signals that deglobalizing countries may drift away from sustainable development practices towards industrial policies that are devastating to the environment.

As countries restrict international trade, the environment is likely at risk.

Deglobalization isolates countries, making them less likely to be responsible for the environment. The gains associated with globalization, on the other hand, can be used as effective bargaining strategies or an incentive to demand environmental accountability from countries hoping to benefit from global trading systems.

WATCH BELOW: How airlines could reduce emissions by 10%