Road salt is a frequently-used treatment to reduce or eliminate snow and ice on roads, sidewalks and driveways in the winter.

While exact usage can vary winter-to-winter in Canada -- depending on the severity and frequency of snowfalls and ice events -- an average of five million tonnes of road salt is used every year.

But, it's not always guaranteed to be an effective way to clear our roadways. The idea that salt will automatically melt the ice you put it on is not actually true, according to Weather Network Storm Hunter and meterologist Mark Robinson.

SEE ALSO: UPDATED: Most of Canada still on track for cold winter

Instead, what salt actually does is drop the temperature at which water freezes. So, when you spread it on the ground, unless it’s warm enough to have some water there, nothing is going to happen.

“If you think about temperatures -10°C to -20°C, this may have no effect whatsoever. You need the teeniest, tiniest bit of water to start the dissolving process. Then that saltwater will get underneath the ice and begin the melting process," said Robinson. Robinson said road salt is the "cheapest material that we’ve managed to find" that can be widely used. But the problem is that it has a significant impact on the environment (in addition to the financial cost) mainly from the inevitable melt that occurs in the spring.

"When we have a big melt, all of that saltwater goes into our lakes and streams. Because we have freshwater lakes and streams, it is very, very bad to have that much salt going into the water, especially in the springtime," said Robinson.

"For now, get out there and spread it. Just keep in mind, if it’s too cold, it’s not going to work.”

ALTERNATIVES THAT WORK JUST AS WELL AS ROAD SALT

Greenmoxie -- an environmental blog that provides eco-living tips -- has some environmentally-friendly alternatives to road salt.

Pickle brine -- The brine from pickling helps melt ice and snow. Pickle brine use means that four to 29 per cent less chlorine is added to our waterways. Add a glass of sugar beet juice to get the ultimate de-icer.

Urea -- This is a natural de-icer, and while it won’t hurt your pets, corrode your metal or pit your concrete, it can be bad for your plants, so avoid using it near the garden.

Alfalfa meal -- It’s completely natural and is usually used as a fertilizer. It’s grainy, so it will provide traction and is extremely effective when used in moderation.

This is way way way too much salt! #LessSalty https://t.co/wVzRHf09Zk

Sugar beet juice -- The juice from sugar beets lowers the melting point of ice and snow, helping to clear your driveway. It’s also used to melt ice and snow on municipal roads in some areas. It’s safe for animals, people, metals, concrete and plants.

Sand, ash from the fireplace or coffee grinds -- Sprinkle these over your icy surfaces to provide traction and the darker colours will absorb more heat and help melt snow and ice.

White Vinegar and Water Window Deicer Recipe -- Mix three cups of white vinegar with one cup of lukewarm water in a spray bottle and spray in icy windows.

And last but certainly not least, don't forget the most traditional way -- shovelling. A good shovel will clear your driveway while giving you a solid workout. It’s the most natural, environmentally-friendly and green way to get rid of your icy bits this winter. 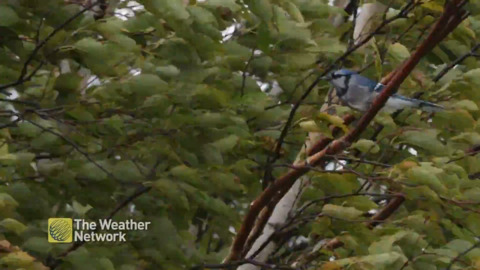