Wednesday, January 17, 2018, 13:30 - Residents of the U.S. Midwest and southwestern Ontario, Canada, were treated to a spectacular event, and a bit of a shake-up on Tuesday night, as a bright meteor fireball exploded north of Detroit, registering as a magnitude 2.0 earthquake.

Just after 8 p.m. EST on Tuesday, a bright fireball streaked across the night sky in southeast Michigan, turning the darkness to near daylight for just a few moments. As of Wednesday morning, over 350 reports of the event had shown up on AMSMeteors.org - the website of the American Meteor Society, who routinely catalogue fireball sightings by witnesses around the world. 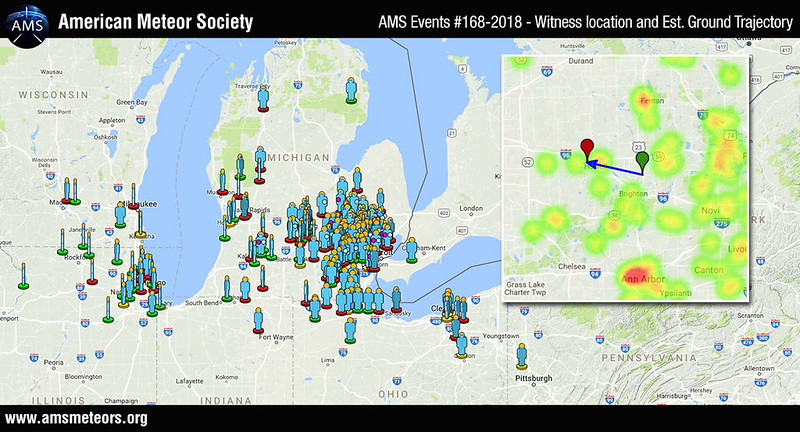 The observers map for the January 16, 2018 Michigan fireball. Credit: AMSmeteors.org

"This was a very slow moving meteor," Vincent Perlerin of the AMS wrote on their website, saying that it was likely travelling at a speed of around 28,000 miles per hour (or about 45,000 kilometres per hour). "This fact, combined with the brightness of the meteor (which suggests a fairly big space rock), shows that the object penetrated deep into the atmosphere before it broke apart."

On their Facebook page, NASA Meteor Watch said that they agreed with the AMS's conclusions, and estimated that the space rock was probably a about a yard across.

Bill Cooke, of NASA's Meteoroid Environment Office, told Detroit News the same, and that it likely tipped the scales at about one metric ton.

Remarkably, both Perlerin and NASA Meteor Watch reported that several witnesses reported hearing sounds from the asteroid as it exploded, and the shockwave produced by the explosion actually registered on seismic sensors in Michigan, as a magnitude 2.0 earthquake. 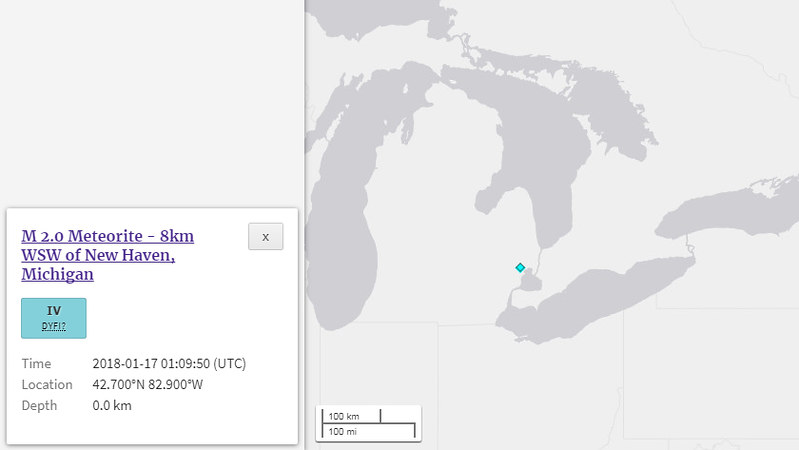 It's estimated that several metric tons of rock and ice fall from space every day, as Earth sweeps up these remnants of the the solar system's formation on its travels around the Sun.

Most of this debris is made up of very tiny grains, which are often missed, even though they can produce meteor streaks across the sky. Meteoroids the size of pebbles or gravel can easily produce bright fireballs as they travel at tens of thousands of miles per hour through the atmosphere. Larger pieces, like the one over Michigan on Tuesday night, are far more rare. 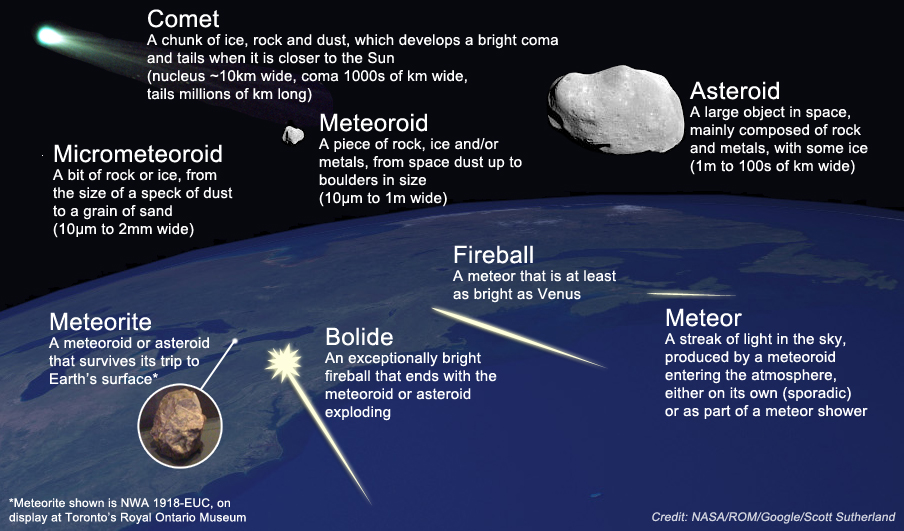 Even larger chunks of space rock only make it so far into the atmosphere before they explode, raining smaller debris down over the area. The main concern with these is the "airburst" - the shockwave set off by the asteroid exploding - which can shatter windows and cause injuries. It takes a very large asteroid, or one made of the toughest materials (nickel-iron), to penetrate all the way to the ground for a direct impact.

Even the 2013 Chelyabinsk meteor, which was likely around 65 feet across and weighed around 13,000 metric tons, did most of its damage from the airburst as it exploded in the air. It produced many meteorites, the largest of which was about two feet across and weighed around 660 lbs. That chunk was recovered from nearby Lake Chebarkul, and it would have likely produced a small hole in the ground had it struck land, instead.

Did this produce meteorites?

With an asteroid of this size exploding in the atmosphere, the experts are saying that it's very likely that pieces of it survived to hit the ground. That means it's possible that meteorites could be found somewhere to the northwest of Detroit.

According to NASA Meteor Watch, "one of our colleagues at [Johnson Space Center] has found a Doppler weather radar signature characteristic of meteoritic material falling to earth."

Doppler radar, normally used to track precipitation and storm motion, has become a valuable tool for meteorite hunters in recent years. For pieces of space rock to show up on a radar scan requires excellent timing, on the parts of the space rock and the radar station, but this has already been used several times to track the location of meteorite falls.

Meteorite hunters will likely be tracking down the fragments of this space rock, if they are not already on the scene now. For anyone who happens to find meteorites from this fall, or any other, these rocks are perfectly safe to touch, but be aware of the laws of the area that you are hunting. For example, in the United States, meteorites belong to the owner of the land where they are found.