Vancouver Island birders are flocking to a Victoria park for what may be their only chance to see a lone duck never before seen in this neck of the woods.

It's called a common pochard and according to B.C. bird expert Ann Nightingale, there are no historical recorded sightings of the duck in British Columbia and it's also possible this is the first wild one to be spotted in the entire country. Spotted in the Summit Park reservoir in Victoria, B.C., this common pochard duck is believed to be the first ever to pass through the province. (Ann Nightingale/CBC)

A large duck, with a red head, silver back and a swooping black bill with blue markings, the male bird, according to Nightingale, is native to Europe and Asia and usually migrates south of those two continents for the winter.

She said it is possible this particular duck has a genetic variation that caused it to steer off course and end up on the west coast of Canada.

"Enjoy it, this might be the only time you see one in British Columbia," said Nightingale.

While a common pochard was seen in Quebec in 2008, Nightingale said there is still no official record of that sighting because it was not proven the bird was not an escaped pet.

This one, she said, avoids people and has no tracking device or tags on it, so it is most likely a wild duck. 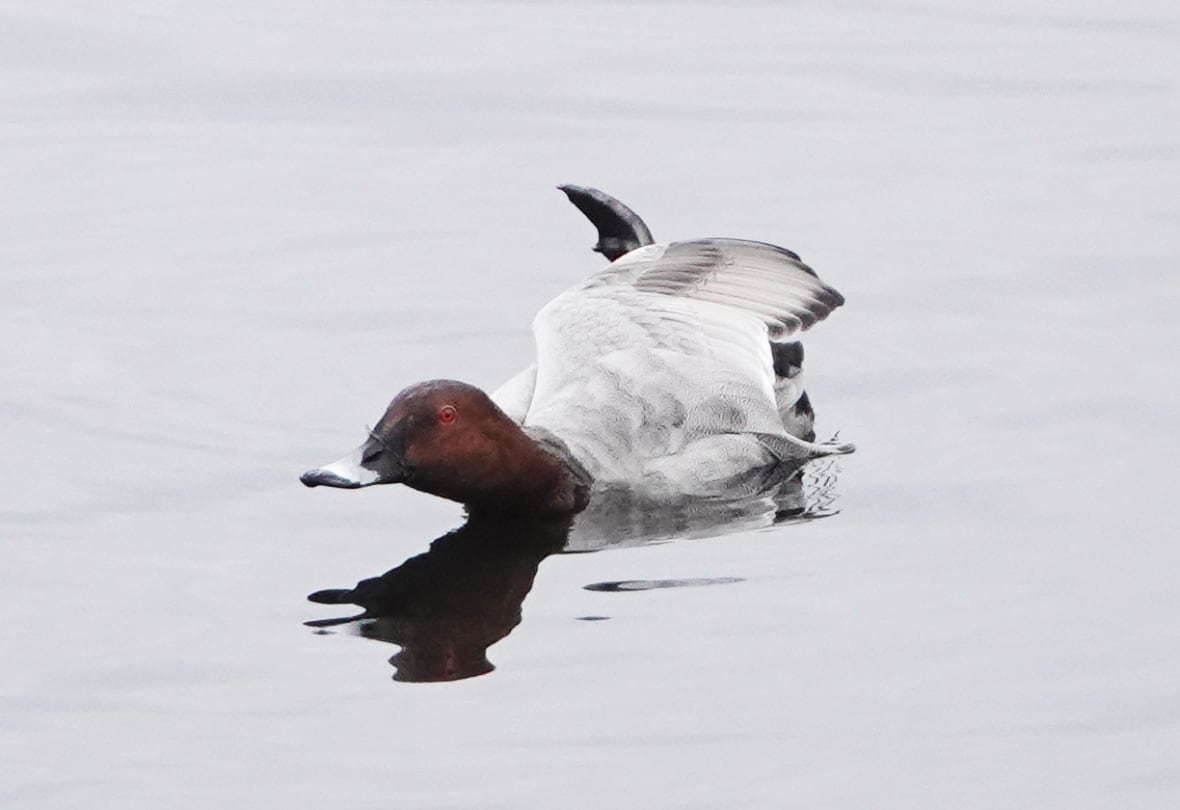 The duck, a male which likely flew off course from its traditional winter migration south from Europe and Asia, is a rare treat for birders. (Ann Nightingale/CBC)

It was first noticed by local avid birdwatcher Jody Wells at the city's Summit Park reservoir, and Nightingale said since then, the site has become a hot spot for birders hoping to catch a glimpse and a photo.

She is, however, concerned about people ignoring COVID-19 precautions for the experience.

"Certainly, some people did come over from Vancouver," said Nightingale.

Currently, health officials are asking people to restrict non-essential travel in and out of the Vancouver Coastal and Fraser health regions.