Expired News - Zombie ants adapt to climate change (yikes!) - The Weather Network
We use cookies on this site to improve your experience as explained in our Cookie Policy. You can reject cookies by changing your browser settings.   READ MORE I ACCEPT

News
Editor's Choice
Exclusive sneak peek at Canada's winter, here
OUT OF THIS WORLD | What's Up In Climate Change - a glance at the most important news about our warming world

Wednesday, May 30, 2018, 12:45 PM - Zombie ants adapting to climate change, using raindrops as a source of renewable energy, eating to protect our health from air pollution, and the deforestation caused by our favourite snacks. It’s What’s Up In Climate Change.

A parasitic fungus is infecting ant species around the world and is causing them to act like zombies.

The fungus, Ophiocordyceps unilateralis, grows inside of the ant’s body, drains all of the ant’s nutrients, and controls it’s mind by directing the ant’s movement to an optimal location - tall tree branches. After enough growth the fungi explode through the ant’s head and shower the surrounding area with fungi spores in hopes of infecting other unsuspecting ants. 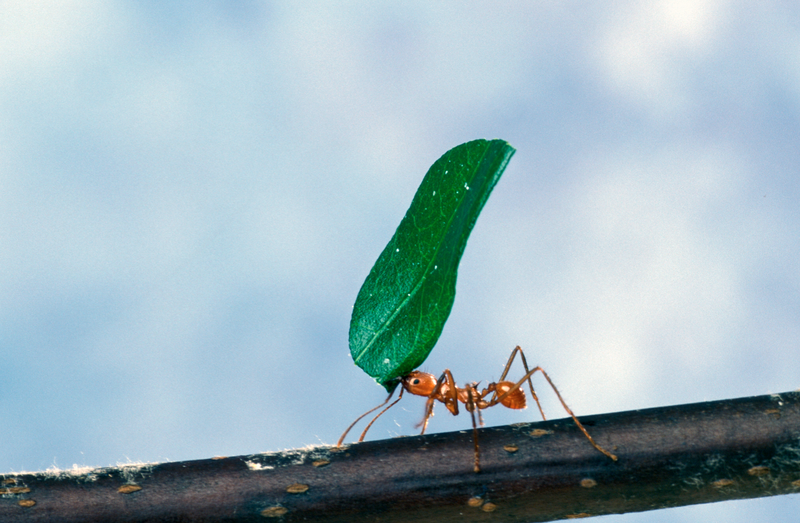 Parasitic fungi grow in the host’s body, such as the uninfected ant above, by using the ant’s nutrients and controlling all of the ant’s movements. Credit: Wikimedia Commons

Depending on the climate, ants bite on to leaves in tropical regions and clamp onto twigs or bark in temperate regions. Researchers from Pennsylvania State University have reported that different evolutionary behaviours are explained by climate changes that have occurred between 40 and 20 million years ago. These ants exist everywhere except in Europe, likely due to a local extinction that occurred in the past.

Cooling climates causes leaves to fall off trees, and the ants that bit on to leaves would fall as well - meaning the ants could not eject the fungi spores from above and would not be able to reproduce. Over time the fungi evolved to bite on to twigs or bark to successfully reproduce, causing evolution and spread around the world.

Crickets, crabs, and snails are just some of the other species that are susceptible to mind-controlling parasites. As the climate and environment continue to change, this study demonstrates that parasitic fungi could continue to spread to changing environments around the world.

Solar panels have rapidly become a desirable method of producing energy due to improvements in technology and falling costs, but still rely on sunny days to generate power. Researchers at the Soochow University in China have developed solar panels that can produce energy rain or shine - by capturing sunlight and creating energy from the raindrops that fall on to the solar panels.

Scientists are thinking of innovative ways to capture naturally occurring sources of energy, such as raindrops. Credit: Wikimedia Commons

The kinetic energy - or motion - of raindrops hitting the surface of the solar panels can be converted into power by using a triboelectric nanogenerator (TENG) and is capable of boosting overall electricity output by 10%. The TENG technology means that these hybrid solar panels are able to take advantage of cloudy, rainy days or rain that occurs overnight.

Solar power is projected to be cheaper than fossil fuel energy sources by 2020 and the costs of developing and maintaining solar energy will continue to drop - in the past decade prices have gone down by 90%. Innovations such as capturing energy from raindrops will continue to promote solar panels as a clean energy source that is efficient and reliable.

Can your diet protect your health from air pollution? 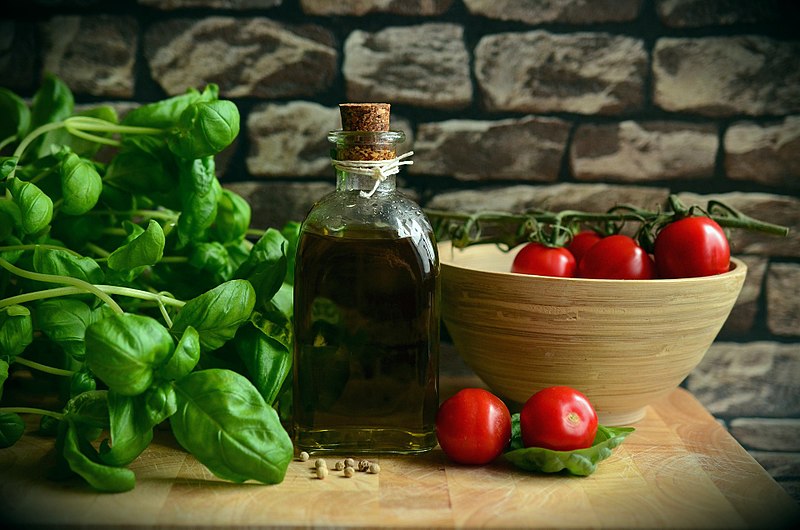 Fruits, vegetables, and olive oils are high in antioxidants and staples of the Mediterranean diet. Credit: Wikimedia Commons

The emerging research about the threat air pollution poses to human health is alarming - the World Health Organisation estimates that outdoor air pollution is responsible for 4.2 million premature deaths globally resulting from heart disease, stroke, and cancer. While it seems like a risk we can’t avoid, new research says our diets could prevent the harmful health impacts from air pollution.

The Mediterranean diet is widely known for improving heart health and increasing longevity - and new research suggests that this diet can protect from harmful air pollution by reducing inflammation and oxidative stress in our bodies.

Scientists from the New York University School of Medicine studied the health of 550,000 people with an average age of 62 living in the United States for over 17 years and found that those who did not follow a Mediterranean diet had higher rates of cardiovascular disease and heart attacks.

This diet is rich in antioxidants and consists of vegetables and fruits, whole grains, olive oils, fish and poultry, with minimal processed foods and red meat. Until scientists find another way to combat increasing rates and risks of air pollution, it won’t hurt to load up your plate with a second round of veggies.

Our favourite snacks, without deforestation? Its complicated 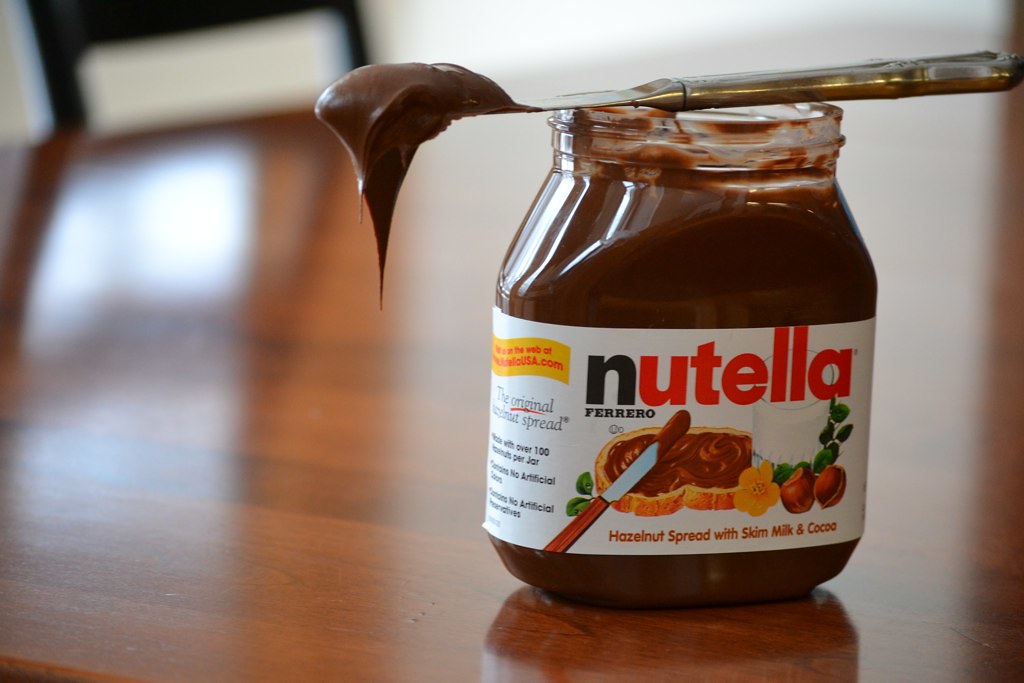 Ferrero’s Nutella is one of numerous brands that has faced scrutiny for their role in deforestation caused by practices associated with sourcing palm oil. Credit: Flickr, allison.hare

Companies are becoming more enthusiastic about labelling products as 'ethically sourced' or 'deforestation-free' - however a new study from Imperial College London says that these labels can be problematic and potentially deceive customers, because ‘deforestation-free’ is difficult to guarantee.

Nutella, Cheetos, and Skittles are just some of our favourite snacks that contain palm oil - which comes from palm trees that grow where biodiverse forests used to be in Malaysia and Indonesia before they were cut down. Clearing land to grow palm trees has resulted in mass deforestation and the loss of nearly 80% of the orangutan's habitat, resulting in the deaths of over 6,000 orangutans each year.

Nearly 50% of household foods and products contain palm oil and clearing land to grow palm trees has resulted in nearly 3 million hectares of deforestation. While deforestation-free products may seem like a reasonable solution, the study suggests that there is little understanding of what ‘deforestation-free’ means and some growers in densely-forested regions feel that impoverished would not have opportunities for development.

Despite companies’ efforts to increase transparency about deforestation, improved coordination between growers and buyers is needed for consumers to understand the environmental impacts of their purchases.