Expired News - Interest in the Arctic is as avid as ever. Here's why - The Weather Network
We use cookies on this site to improve your experience as explained in our Cookie Policy. You can reject cookies by changing your browser settings.   READ MORE I ACCEPT

Interest in the Arctic is as avid as ever. Here's why

Tuesday, April 10, 2018, 5:38 AM - As the most recent Arctic Council meeting in Finland indicates, interest in the Arctic is as avid as ever.

The Arctic Council itself, however, serves as a reminder of the dominance of the eight Arctic states — Canada, the United States, Russia, Norway, Sweden, Denmark, Iceland and Finland — in the politics of the region due to their jurisdictional claims there.

But some have argued against that supremacy.

They see the Arctic as what’s known as a global commons. Additionally, they see the abundant resources and economic opportunities there as common goods. This broadly means that the Arctic is seen an international, borderless area and the resources there, such as fish stocks, are available for any state to access.

This point of view raises the question: If the Arctic region is a global commons, why should the Arctic states be leading discussions about it?

What exactly is a global commons?

According to public international law expert Nico Schrijver, the term global commons “denotes areas and natural resources that are not subject to the national jurisdiction of a particular state but are shared by other states, if not the international community as a whole.”

He adds: “The high seas, the deep seabed, outer space, the Moon and other celestial bodies … can be viewed as global commons because no national entity can claim sole jurisdiction over these physical areas.”

Some who see the Arctic as a global commons take issue with the fact that “the current discourse on the Arctic is dominated by the Arctic Five countries and the Arctic Council.”

However, much of the region’s ocean falls within the recognized national jurisdictions of the Arctic coastal states — Canada, Denmark, Norway, Russia and the U.S. They are sometimes referred to as the Arctic Five. 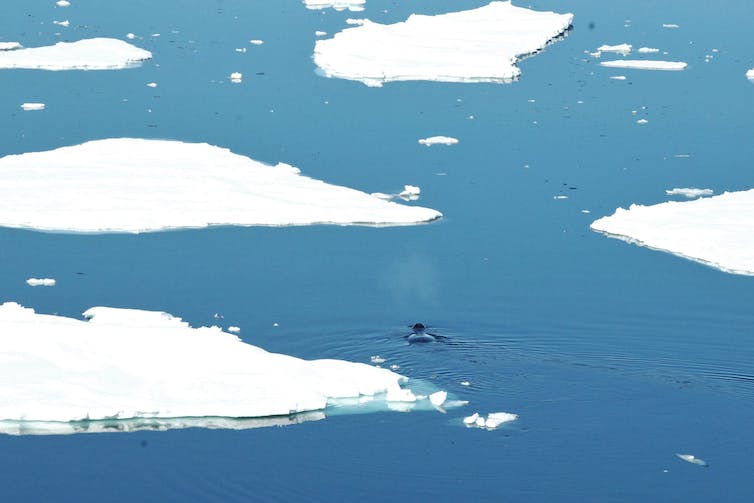 There is a strategic advantage, however, in arguing that the Arctic is a global commons. If a state does not have a claim to, or a defined role in, the Arctic, then pushing the idea of a global commons opens up opportunities they might otherwise be excluded from.

China, for example, has pushed the notion that the Arctic’s waterways and the central Arctic Ocean are international waters.

While the central Arctic Ocean is certainly high seas, the waterways are more controversial. China, for example, has ambitions of developing international shipping routes through the Arctic region, despite Canada and Russia claiming sovereignty over two of the proposed shipping routes the Chinese mention in their 2018 White Paper — the Northwest Passage and the Northern Sea Route.

Another player in the Arctic — Greenland — has problems with the notion of the region as a global commons. This is clearly demonstrated in its relationship with the European Union.

Greenland has a disconnected relationship with the EU in part because of the EU notion of global commons and common goods. Greenland was initially brought into the EU’s predecessor, the European Economic Community (EEC), because Denmark joined and Greenland is a semi-autonomous part of the Danish Kingdom.

Greenland opposed EEC membership because it meant that its waters would be open to fishing by other EEC member states and this would undermine Greenland’s economy. After Greenland held a referendum on the issue, it left the EEC in 1985, though Denmark remains a member.

Advocating that Arctic resources are common goods persists in the EU. Last year, EU High Representative Federica Mogherini argued that the Arctic “is a common good, and we have a common responsibility to preserve it.”

The Arctic Five, in the meantime, have recognized the need to protect the Arctic, and decided that other states like the EU and China could help. After three years of negotiations, with the the Inuit Circumpolar Council represented at the meetings, an agreement was reached to protect fish stocks in the Arctic’s high seas.

In 2017, the Arctic Five and key fishery industry leaders — the EU, China, Iceland, Japan, South Korea — signed an international agreement to temporarily ban commercial fishing in the Arctic’s high seas. No commercial fishing occurs there now, and the ban is expected to last “for at least the next 16 years.”

The aim is to conduct scientific research to learn about possible sustainable fisheries management in the Arctic Ocean before commercial fishing takes hold. The ban is also meant to help prevent fish stock collapse of the type that occurred with the cod fishery in Atlantic Canada in the 1990s.

Negotiating with states like the EU and China shows that the Arctic Five acknowledge that they don’t have sole authority to determine what happens in the central Arctic Ocean.

Making clear the distinction between the high seas and the whole Arctic region, however, is critical. Pushing a broad Arctic “global commons” view will not foster positive relations with the Arctic states and the Indigenous peoples who live in the region.