Expired News - Tiny 'StarChips' to explore Alpha Centauri on beams of light - The Weather Network
We use cookies on this site to improve your experience as explained in our Cookie Policy. You can reject cookies by changing your browser settings.   READ MORE I ACCEPT

News
Editor's Choice
Canada takes a stance on wearing masks
Today, a world renowned physicist and a Russian billionaire announced plans to explore outside our solar system.
OUT OF THIS WORLD | What's Up In Space - a weekly look at the biggest news coming down to Earth from space

Tiny 'StarChips' to explore Alpha Centauri on beams of light

Wednesday, April 13, 2016, 2:34 PM - Sending tiny laser-guided spacecraft to Alpha Centauri, timeshares on the International Space Station, and Kepler recovers from a serious glitch. It's What's Up In Space!

The future of space exploration is apparently tiny

Voyager 1 took 35 years to reach interstellar space. New Horizons made it to Pluto in 10 years. The micro-ships of the newly-announced Breakthrough Starshot project would pass them both in matter of days, and make it all the way to Alpha Centauri in just over two decades!

That's the announcement that came on Tuesday, as Russian billionaire and space philanthropist Yuri Milner took the stage, with astrophysicist Stephen Hawking and a panel of distinguished guests, to discuss what could be the future of space exploration.

The "StarChips" of Breakthrough Starshot would be about the size of a computer CPU, with a small camera or sensor for recording data, a small laser for beaming that data back to Earth, and they would be attached to large solar sails for their propulsion. By aiming an array of lasers on Earth's surface (called the "light beamer") at the sails, these StarChips could be propelled at up to 20 per cent of the speed of light - roughly 216 million kilometres per hour. 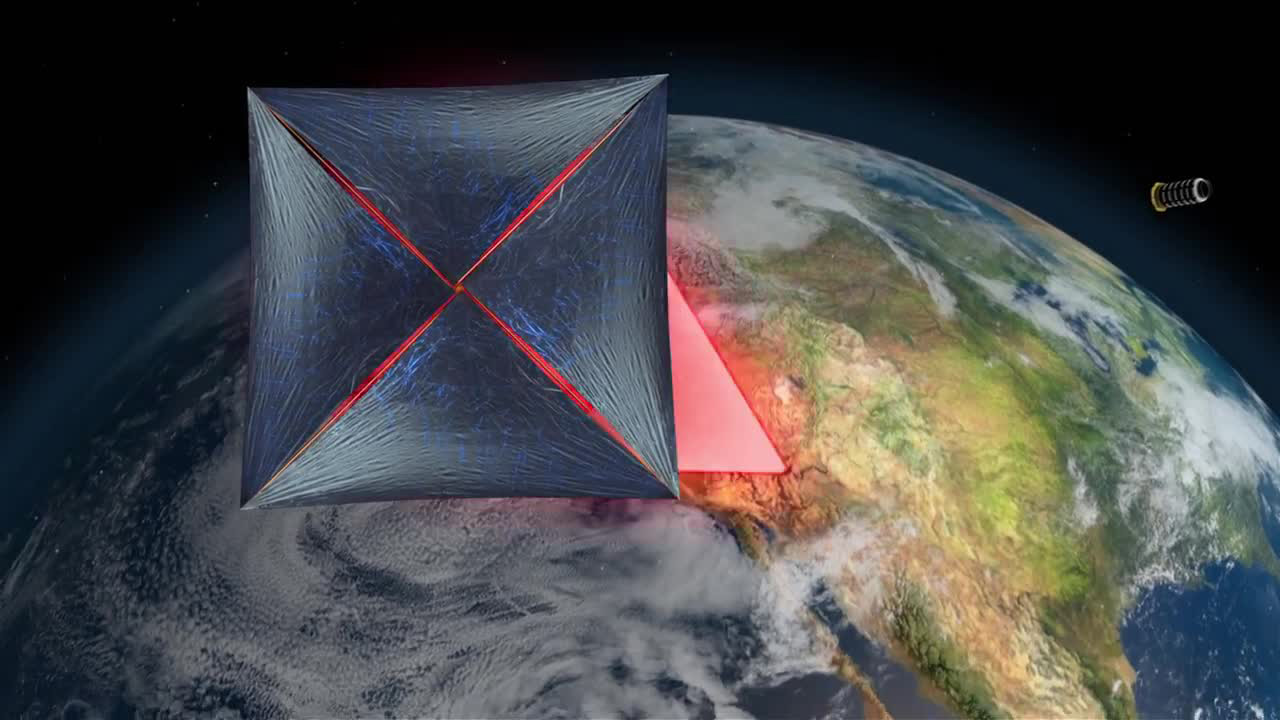 A "StarChip" is propelled away from Earth by a laser beam. Credit: Breakthrough Initiative

This would make space exploration proceed at a far quicker pace than it does now, with spacecraft that would be much more expendable, given their relatively small individual cost.

We could quickly send these spacecraft to any point in the solar system, to investigate planets and moons, passing comets and asteroids, and even newly-discovered objects (comets, asteroids or new worlds beyond Pluto). We could also send tiny spacecraft like these on a trip to Alpha Centauri - the closest star system to our own - with a reasonable expectation that the mission would arrive within a generation!

Timeshares on the International Space Station

We've all heard about buying vacation timeshares, but what about one in space!

With BEAM - the Bigalow Expandable Activity Module - scheduled to be installed on the International Space Station later this week, Robert Bigelow, founder and president of Bigelow Aerospace, has some lofty goals in mind.

"Our hope is that NASA would be the primary customer for that structure, and that we would be given permission to commercialize and, essentially, we would be time-sharing," he said during a press conference, according to Mashable.

The cost of the flight would be... if you'll pardon the pun... astronomical, but the whole concept of SpaceX's reusable rocket design is to bring the costs of space launches down. It's doubtful they could soon price match a flight to any Earthly timeshare, but it could become the ultimate vacation destination.

The search for alien worlds can continue!

Update! As of 11:30 a.m. EDT, Friday, April 22, Kepler has resumed exoplanet hunting! Read all about it on the NASA website! The Deep Space Network will be contacting the telescope over the next four days, to verify that it remains stable as it returns to its mission.

On April 7, NASA personnel on the Kepler mission found that the space telescope had gone into emergency mode sometime during the few days beforehand. This is a situation were the spacecraft has suffered some kind of glitch, either due to internal workings or perhaps from an errant cosmic ray particle or burst of radiation from the Sun, and has gone into its lowest operating mode. Given that this mode uses up far more fuel than any other, they struggled over the weekend to regain communication and stabilize Kepler.

As of April 11, the team has reported that Kepler has recovered from emergency mode and they are now working to return the telescope to science mode.

The cause of the emergency is currently unknown. Although the telescope was scheduled for a reorientation maneuver, in order to conduct a special "microlensing" experiment, this glitch occurred around 14 hours before it would have begun that maneuver.

Since 2014, the Kepler space telescope has been operating under its new K2 campaign. After the failure of two of its four reaction wheels, which kept the telescope's detector stable as it watches distant stars, the team came up with a new plan for stabilizing it, so that it could continue its mission. Using light pressure from sunlight against the spacecraft's angled solar panels, Kepler can now maintain a consistent level of stability, but it forced the team to shift from always watching the same region of space, to shorter-term observations of different patches of space around Earth's orbit. In all the time the telescope has been operating - since 2009 - this is the first time it has encountered an emergency mode event.