Expired News - The potential health dangers of geoengineering the climate - The Weather Network
We use cookies on this site to improve your experience as explained in our Cookie Policy. You can reject cookies by changing your browser settings.   READ MORE I ACCEPT

The potential health dangers of geoengineering the climate

DO THE HEALTH DANGERS OF GEOENGINEERING OUTWEIGH STOPPING CLIMATE CHANGE?

Inventing carbon capture technology and engineering our climate to prevent catastrophic changes might not be that far away, but might carry risks that outweigh the benefits. A new article from Nature Climate Change evaluates how the potential human-health complications from geoengineering might be more severe than what would be caused by climate change.

Geoengineering is the intentional intervention in the Earth’s climate, and the most frequently considered method is solar radiation management (SRM). The amount of incoming sunlight could be controlled, and subsequently cause less warming on Earth, by injecting aerosols into the stratosphere that absorb and reflect sunlight. Managing how much sunlight reaches Earth can help with the direct effects of climate change, such as abnormally high temperatures, and the indirect effects, such as slowing the spread of vector-borne illnesses due to expanding tropical ranges.

The direct economic costs of solar radiation management (SRM) deployment are estimated to be lower than decarbonizing the world's economy, but this form of geoengineering has potentially hazardous human health implications, such as negative effects on the respiratory system.

Natural SRM occurs when a volcano erupts and releases aerosols, like sulfuric acid, and are circulated by winds across the globe. A sudden climate shock from SRM, such as rapid cooling of global temperatures, could trigger crisis situations such as mass crop failure or an epidemic. The researchers note that in the past major vector-borne disease epidemics like the Black Death have been linked to long periods of pathogen absence and lapsed population immunity - if SRM were to suddenly stop either intentionally or unintentionally, large amounts of regions would be vulnerable to a sudden expansion of tropical disease.

Spraying sulfuric acid in the sky to manage incoming sunlight has been considered by a number of scientists and even by the scientific advisory committee of former US president President Lyndon B. Johnson but the risk of crop failure, impacts on respiration, and the difficulties of coordinating international agreements have proven to be preventative factors in progressing SRM as an option for addressing climate change. However, as the climate continues to change and millions of people are increasingly impacted, some might argue that geoengineering is our only hope.

Political action to fight climate change largely differs from country to country, and the rampant climate denialism in the United States doesn't reflect the current administration's knowledge on the topic. A 500 page environmental impact draft statement that was created for the Trump administration states that Earth will warm by nearly 4 degrees Celsius by 2100 and recommends that vehicle fuel efficiency standards should be scrapped because their impact won't make a difference, as reported by The Washington Post.

The United States is one of the biggest contributors to global climate change yet it joins Nicaragua and Syria as the only countries that are not committed to reducing their greenhouse gas emissions under the Paris Agreement, which intends to prevent the planet from warming 2 degrees C above pre-industrial levels. The consequences by 2100 are nothing short of alarming - parts of Miami and New York would be fully submerged by sea level rise, wildfire season will become longer and more severe, and heat waves will cause significant human health consequences - and the Trump administration has decided there is nothing we can do about it.

This draft statement was issued by the National Highway Traffic Safety Administration and states that preventing a 4 degree C warming would require leaps in technological innovation and a dramatic reduction in the use of fossil fuels, both of which are unlikely to happen soon enough. Despite the current administration's efforts to roll back environmental regulations and abandon climate commitments, a new report from the America's Pledge initiative states that certain climate actions being taken by US states, cities, businesses, and other non-federal actors could help the country reach its former carbon reduction goal.

On September 19 and September 23 Arctic summertime sea ice reached its lowest extent likely for the rest of the year and tied with 2008 and 2010 for the sixth lowest summertime minimum extent on record, according to NASA data. This data reflects the abnormally warm summer and the record-breaking number of wildfires globally, notably those that raged in Sweden north of the Arctic Circle, which were some of the worst fires seen in decades.

Arctic sea ice expands and shrinks with the seasons, but over the last 40 years the melt has experienced an overall decline. Arctic sea ice plays a critical role in stabilizing the global climate, heat transportation by ocean circulation patterns, and acting as a source of frozen freshwater. Continuously melting sea ice will rise global sea levels and will threaten large proportions of the population - in the US nearly 40 per cent of the total population lives in counties that are directly on the shoreline. Most of the world's megacities, which are cities with a metropolitan population over 10 million people such as Tokyo, are located in coastal zones along large deltas because of specific economic, geographic, and historic conditions, which are all at risk of being submerged by the rising oceans.

NASA notes that even though the summer sea ice minimum was only ranked the sixth lowest, it is still a significant indicator of the changing climate because a polynya, a fixed area of water typically surrounded by sea ice, reopened in the oldest and thickest part of an icepack north of Greenland. When the ice reforms it is much more vulnerable to warming and creates a cycle of thawing and reforming as thin ice, which sea ice scientists report as alarming because it is a cycle that is highly difficult to intervene in.

Using Google Maps to assist you on the drive to your destination helps the company better understand greenhouse gas (GHG) emissions from the transportation sector. Google's new project, Environmental Insights Explorer, will make it easier to visual which cities are the biggest contributors to climate change by mapping each of their building GHG emissions, transportation GHG emissions, NASA climate forecasts, and potential for rooftop solar energy, as reported by The Atlantic. Within the next decade the company hopes to create emission inventories so city leaders will gain a greater understanding of which sectors are the highest polluting and ability to implement effective local climate programs. 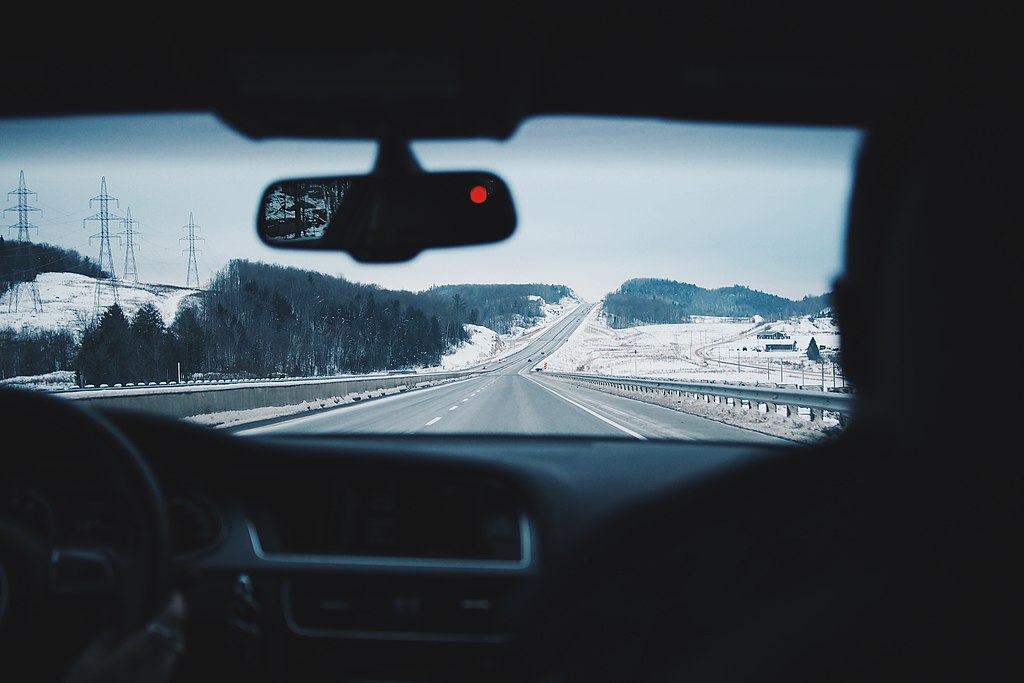 Announcements for this project were made during the Global Climate Action Summit in San Francisco, which was held to gather leaders, scientists, and journalists to address climate change action and announce new commitments so the world can meet the Paris Agreement. Data collected by the company’s mapping apps - Google Maps and Waze - provides estimates of a city’s annual driving, biking, and transit ridership and will be released as part of the initiative, and more specific types of data might be shared with individual local governments.

Obtaining specific data about traffic volume, road use, and ridership of public transit will provide municipalities and businesses highly valuable data that could affect future construction and development of public transit. While there are currently only five cities available (Buenos Aires, Melbourne, Victoria, Mountain View, and Pittsburgh) Google aims to provide data for over 6,000 cities, states, and provinces within the next decade and become a reliable data source for local carbon emissions.

WATCH BELOW: Good samaritan of the day - Firefighter helps out 3 bear cubs in dumpster