Expired News - WATCH: Guatemala volcano blows its top - The Weather Network
We use cookies on this site to improve your experience as explained in our Cookie Policy. You can reject cookies by changing your browser settings.   READ MORE I ACCEPT

News
Editor's Choice
'Extremely active' Atlantic Hurricane Season ahead
Guatemala's Santiaguito volcano put on a fine show for people in the west of the country Friday.

Saturday, June 18, 2016, 1:15 PM - Guatemala's Santiaguito volcano put on a fine show for people in the west of the country Friday.

The country's government newspaper, Diario de Centroamerica, reported the volcano blew its top Friday morning. After a loud bang, the volcano spewed smoke and ash 5,000 m into the atmosphere.

The volcano has been showing increased signs of activity since February, with more than 50 eruptions, but had been quiet since late May, according to the Miami-based Diario las Americas.

Aside from the ash, pyroclastic flows were also reported, and emergency officials told Diario las Americas that some debris had been blasted up to two kilometres away.

Though the skies in the images above are clear, Guatemala's national institute of volcanology, seismology, hydrology and meteorology, INSIVUMEH, said in a Friday bulletin that recent heavy rains have raised the risk of lahars, flows of mud, water and pyroclastic material that can cascade down the volcano's side during an eruption.

Though social media pictures posted Saturday morning showed the volcano in a much calmer state, INSIVUMEH and government authorities recommended a state of alert, warning people make sure to pack supplies for 72 hours in case called on to evacuate. 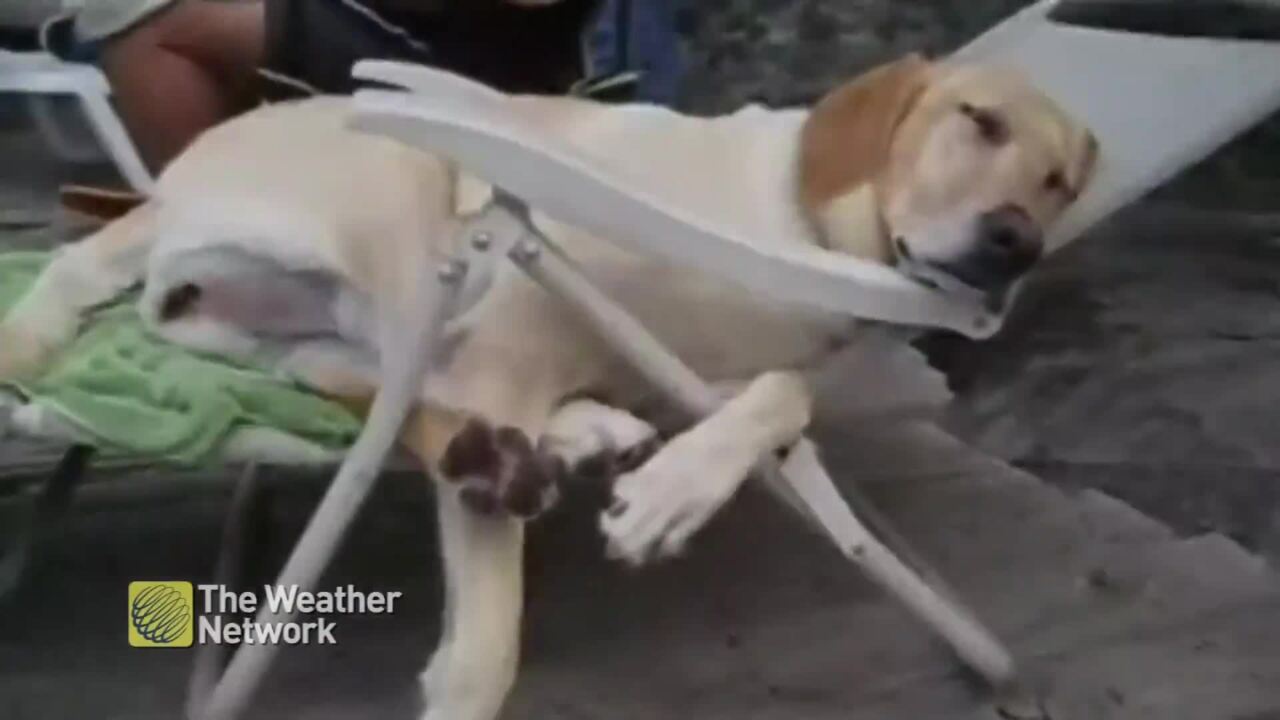