Expired News - Australia's warming summers 'dangerous' to human health - The Weather Network
We use cookies on this site to improve your experience as explained in our Cookie Policy. You can reject cookies by changing your browser settings.   READ MORE I ACCEPT

A new study by the Australia Institute paints a dire future for the continent, with an increasing number of days so hot it's considered a health risk to go outside.

The study's authors warn there will be a "range of consequences" to Australia's extended periods of extreme heat, including more intense storms, increased flood risk and changes to mosquito populations and the spread of infectious disease.

"Temperatures above 35C with 70% humidity are considered ‘extremely dangerous’ by government agencies such as the US Government National Oceanic and Atmospheric Administration," the study's authors write.

September to December appear to be the warmest months. The findings are based on an analysis of CSIRO climate data. 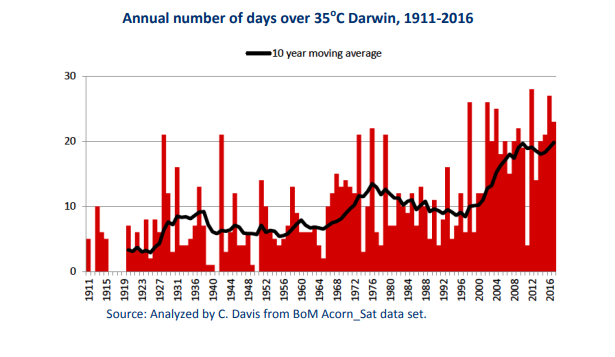 In addition to an increase in severe weather, the study's authors say prolonged periods of extreme heat can also result in:

The complete paper can be found online at the Australia Institute.