Expired News - Kilauea: Track the magma before the eruption - The Weather Network
We use cookies on this site to improve your experience as explained in our Cookie Policy. You can reject cookies by changing your browser settings.   READ MORE I ACCEPT

Kilauea: Track the magma before the eruption

Wednesday, May 9, 2018, 4:46 PM - Stunning videos and images have emerged from Hawaii - be sure to scroll down for amazing before-and-after shots - but what's really going on? This is in fact somewhat predictable, as the islands move across a hotspot (magma generator), it becomes a catalyst for these eruptions. The Hawaiian hotspot contains four active volcanoes. The Big Island is currently the epicenter with the main swarm of activity. Is volcanic activity contributing significant carbon dioxide into the atmosphere, especially when compared to anthropogenic (human) sources? Find out, below...

The amount of earthquake activity detected on seismographs has been stunning.

We can filter out the earthquakes by magnitude.

First, we'll set the limit at 3.0, typically only felt in localized locations close to the earthquake. There's also normally over 100,000 earthquakes of this magnitude every year: 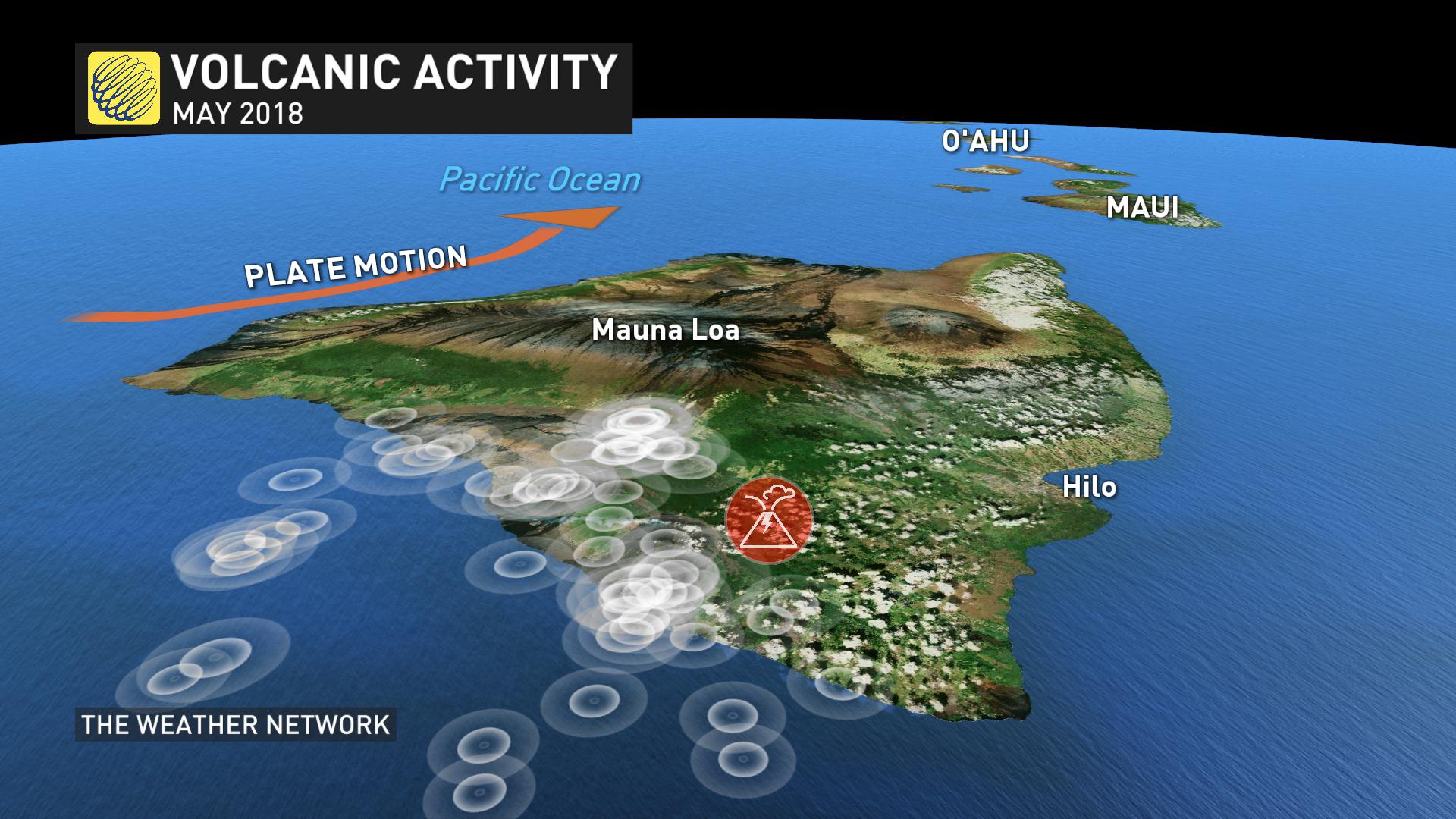 Magnitude 3.0, or larger earthquakes the past few days – highlighting the hotspot extends well offshore. In fact, the island of Loihi will eventually form the next island in the chain, but sadly not in our lifetime (10,000+ years from now).

Let's crank it up from 3.0 to 4.0, or look at earthquakes that releases of thirty times more energy. 4.0's are often felt, but rarely do any damage. These smaller earthquakes were evidence of magma moving underground in the east rift zone and led up to the eruption on Thursday. 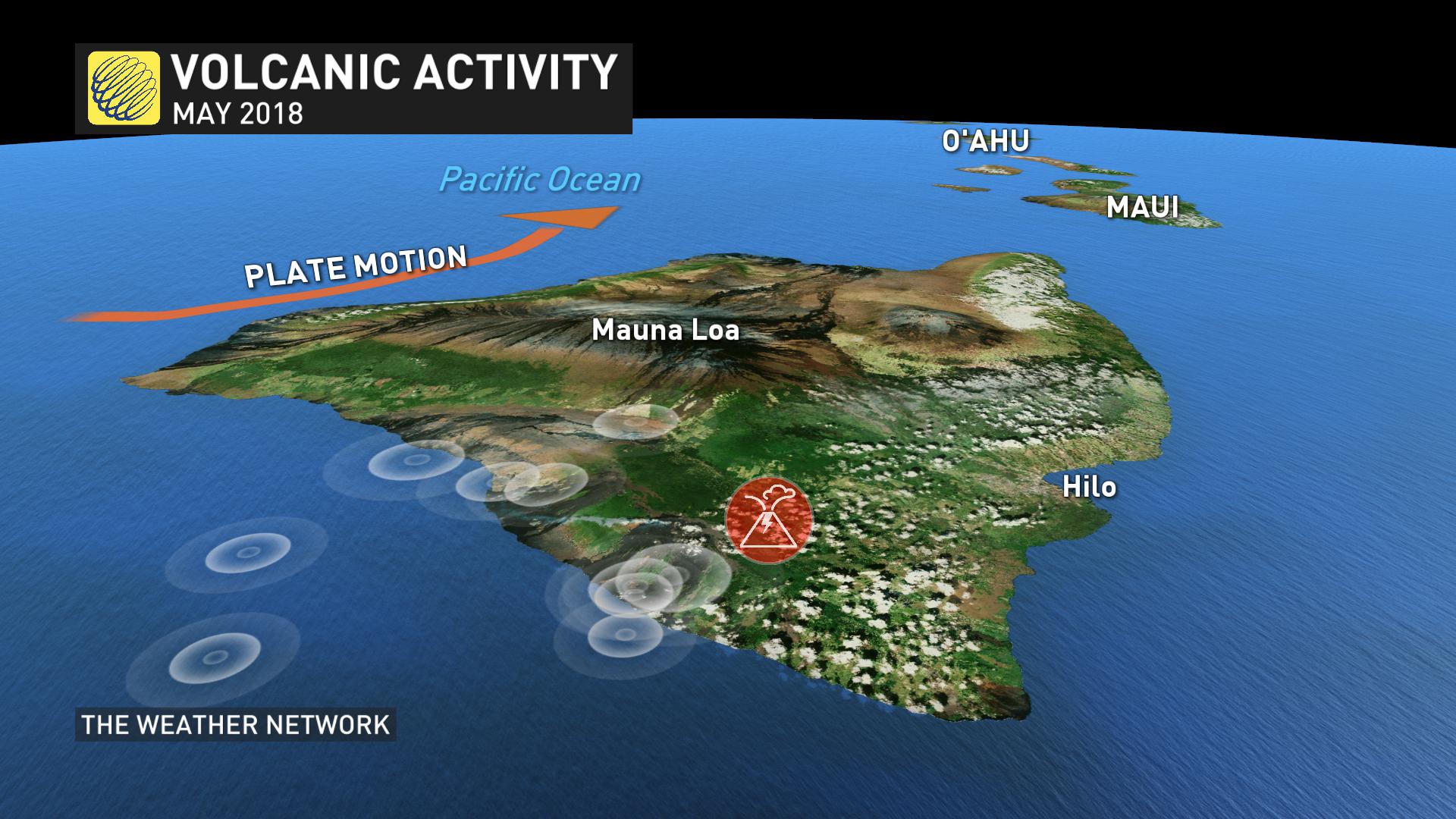 The frequency of the larger earthquakes are exponentially decreasing, but these magnitudes are now capable of causing damage. 5.0 or greater can cause cause problems, depending on location and depth, and thankfully, only a few aftershocks of this magnitude have been reported the past few days: 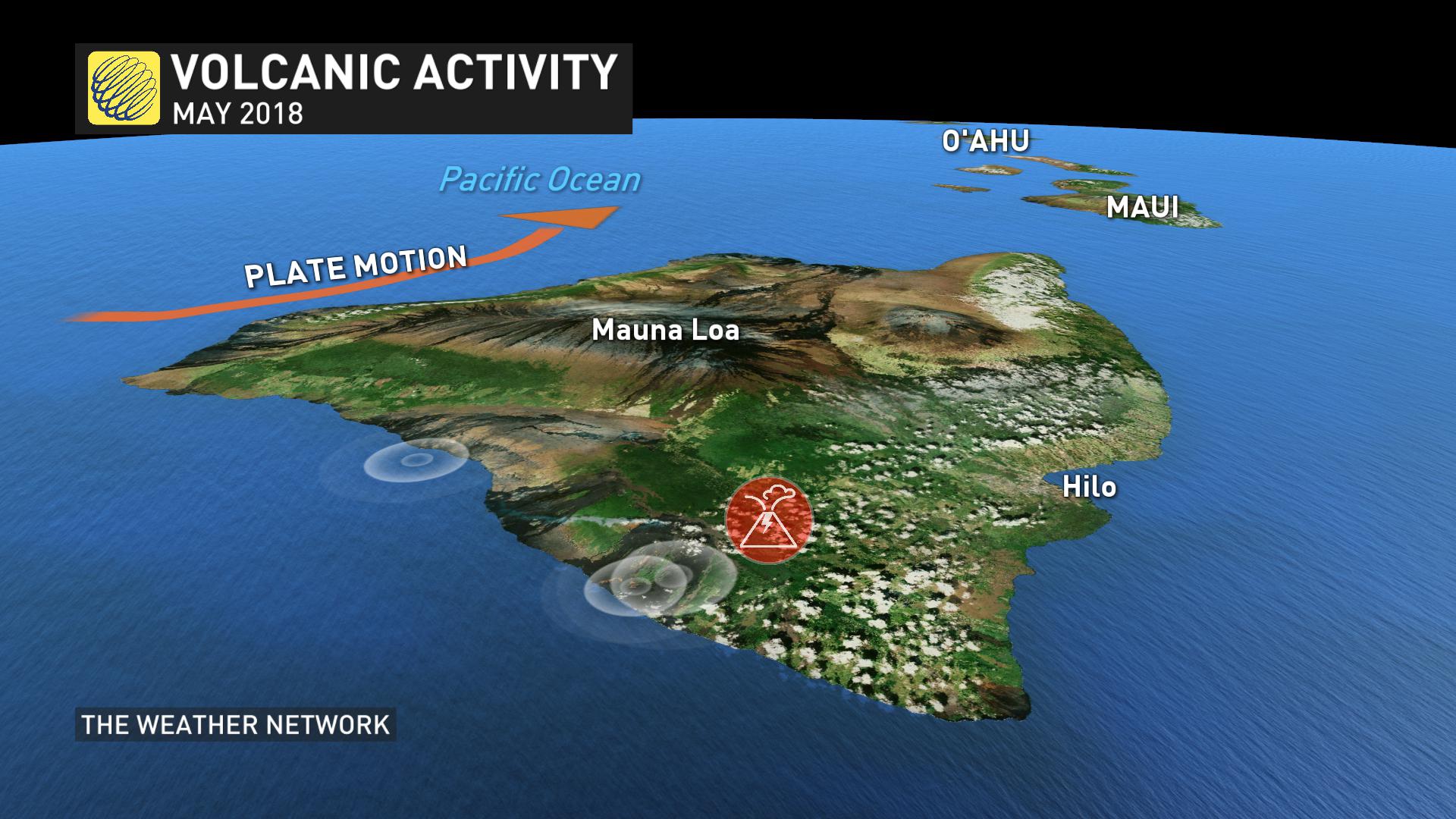 Location of magnitude 5.0 earthquakes past 72 hours.

You catch my drift? Excuse the plate tectonic pun, but as the earthquake intensity increases, the aftershocks become much less frequent. Where was the location of the magnitude 6.9? 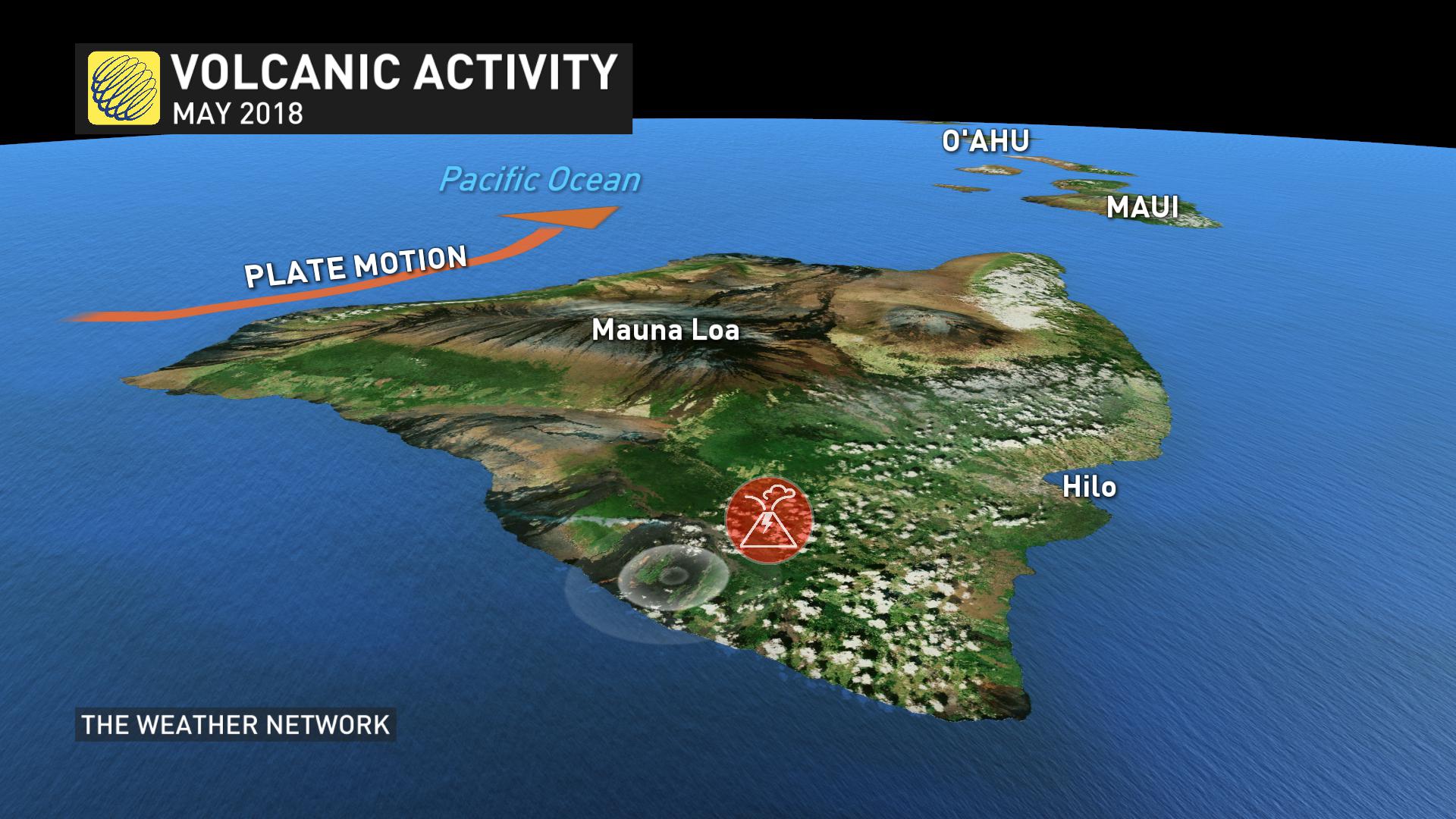 There's the largest earthquake in Hawaii in over 40 years, southwest of Hilo, registering a dangerous 6.9 on the Richter scale. Earthquakes at this magnitude can be difficult to stand up in with violent shaking often reported.

How does an earthquake of this magnitude (6.9), compare to those 3.0 earthquakes shown a few images up? Prepare yourself, it's staggering.

Approximately 800,000 times more energy was released with this large tectonic event, than a 3.0 magnitude earthquake; the joys of a logarithmic scale, with each whole number in magnitude giving a tenfold increase in measured amplitude.

The Hawaiian Islands are comprised of shield volcanoes, and are the most gentle of volcano types; consequently, they lack the explosive power to discharge aerosols into the stratosphere. Some of these eruptions in this event have been confined to fissure vents, and these localized concentrations are creating spectacular visuals with lava fountains spewing into the air.

So, CO2 shouldn't be the primary concern, but sulfur dioxide on the other hand is the hidden deadly threat.

Good news, is that it's extremely pungent smelling and gives off a distinct smell warning people of the hazard. For those curious of the smell, and don't want to put yourself near an actual smelly volcano you can replicate the smell.  Light a match, and the brief smell after ignition is the sulfur reacting with other chemicals during the match ignition.

MUST SEE: JAW-DROPPING BEFORE AND AFTER IMAGES


A short lava flow was erupted from the fissure around 8 a.m. HST Saturday, moving northeast and crossing Hookupu St.


At 1:24 p.m. HST, May 6, 2018, USGS scientists monitoring the eruption in Leilani Estates walk past spatter that was erupted from fissure 5-6 on Leilani Avenue.


A panoramic view of fissure 7 from the intersection of Leilani and Makamae Streets in the Leilani Estates subdivision. The 'after' photo was taken at 06:01 a.m. HST Saturday.


Fissure 3 opened around 6:00 a.m. HST on Friday, May 4, with weak fuming from a crack on Kaupili Street

WATCH BELOW: LAVA FLYING THROUGH THE AIR