Expired News - Have we reached the peak amount of cars on the road? - The Weather Network
We use cookies on this site to improve your experience as explained in our Cookie Policy. You can reject cookies by changing your browser settings.   READ MORE I ACCEPT

Have we reached the peak amount of cars on the road?

The announcements should come as a surprise to no one, as they echo a similar announcement made by Ford earlier this year that it will exit all car production other than Mustang within two years.

Why the sudden attitude adjustment toward cars? Well, both firms cite a focus on trucks, SUVs and crossovers. OK, sure — that’s what more people are buying when they buy a vehicle today. But there is a broader and more long-term element to this discussion.

HAVE WE REACHED PEAK CAR?

Many may remember the dialogue associated with Peak Oil, or the idea that we had reached or would soon reach the peak production levels of oil around the globe.

Such forecasts and predictions were likely related to price run-ups on commodity and investment strategies in the oil industry. However, new exploration discoveries and extraction technologies ultimately mean we are a long way from running out of oil. While we may still hit peak production in the near future, it is more likely due to a decreasing need as society moves to alternative energy sources.

But what about cars? North American car production hit 17.5 million vehicles in 2016, and dropped marginally to 17.2 million in 2017. Interesting, but perhaps not significant.

More telling are changes in driver behaviour. In North America, for example, fewer teens are getting driver’s licences. In 1983, 92 per cent of teens were licensed, while by 2014, that number had dropped to 77 per cent. In Germany, the number of new licences issued to drivers aged 17 to 25 has dropped by 300,000 over the last 10 years.

THE FUTURE IS DRIVERLESS

Factor in ride-sharing services like Uber and Lyft, the comprehensive cost of vehicle ownership and more effective public transportation (everywhere but Canada) and we get a sense of some of the reasons for these evolving automotive strategies.

Most significant, however, is the evolution of self-driving technology. Picture this scenario:

After dropping Julie off, the car then heads home, arriving in time to take Julie’s two children to their high school; one of them tosses their hockey equipment in the back of the car. The car then returns home to take Julie’s husband to the law office where he starts work at 9 a.m.

The car then swings by the school to take Julie’s daughter to hockey practice at 2:30 p.m., and then returns to the hospital to pick Julie up. And so on. 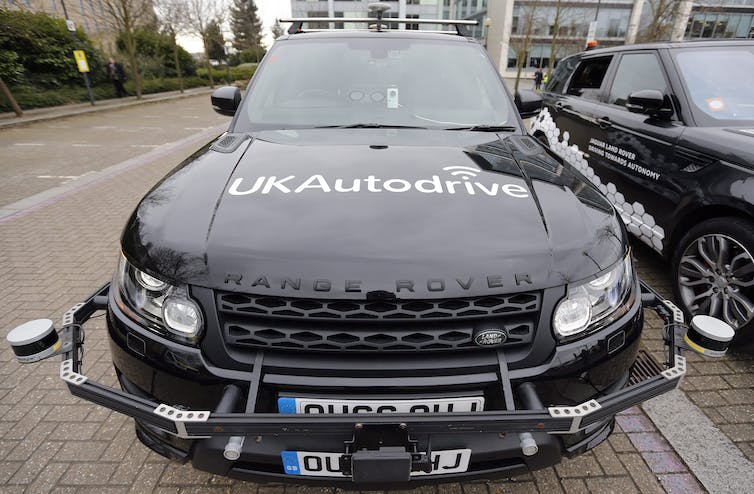 A Range Rover self-driving car on display during a demonstration of connected and autonomous cars that will park, emergency brake and show other emergency vehicle and warning features for the first time on open public roads in Milton Keynes, England in March 2018. Frank Augstein/AP

The technology to support the scenario above exists now, and will result in reduced car ownership through a more economical and efficient approach to managing cars, whether accessed through independent household ownership or fleet membership.

As it is today, a family like Julie’s would need two or possibly three vehicles, and those vehicles would largely sit still most of the day. Tomorrow, the family could be down to one vehicle, possibly an SUV for the hockey gear. What happens when families or groups of people further pool their assets for more ride-sharing or increased capacity?

FEWER CARS ON THE ROAD WITHIN A DECADE

We are moving from a do-it-yourself (DIY) transportation economy to a sharing or do-it-for-me (DIFM) economy. Many of us won’t like it — I honestly like to drive — but the numbers and the technology are there.

As safety technologies improve and societal paradigms shift, this evolution will gather momentum. Based on the young driver statistics above, it seems reasonable to anticipate a reduction in cars per capita of 20 to 30 per cent in the next decade.

Unions at GM and Ford are justifiably unhappy, but they shouldn’t be surprised. It is quite possible that we have reached Peak Car in North America and Europe.

Companies that want to succeed in this new environment will need to be different, and especially better in some way. If car volumes drop by 30 per cent over the next 10 years, there better be something special about the car company that hopes to survive, let alone prosper — like better technology, better comfort or better service.

If current trends continue, we can anticipate more shutdown announcements — like GM’s — from car companies and parts suppliers, as there won’t be room for all of them.