Expired News - Top 10 must-see aquariums around the world - The Weather Network
We use cookies on this site to improve your experience as explained in our Cookie Policy. You can reject cookies by changing your browser settings.   READ MORE I ACCEPT

Top 10 must-see aquariums around the world

Building a large scale aquarium from the ground up is no overnight project. It can take years to go from initial design to opening day. A number of critical details are taken into consideration, ranging from the animals' welfare to what tanks they should be kept in -- all in an effort to give visitors the feeling as though they've stepped into a majestic underwater world.

With so many spectacular public aquariums across the globe, chances are you won't get the opportunity to visit all of them in your lifetime. So we've taken on the task of bringing the best and biggest aquariums to you!

Dive in and take in the sights of 10 of the world's best aquariums:

The Shanghai Ocean Aquarium (SOA) is one of the largest aquariums in Asia. Located just steps away from the Oriental Pearl Tower, SOA is divided into nine different sections, each representing a different part of the world. Each zone of the aquarium is specifically designed to replicate the natural surroundings of the featured aquatic animals. 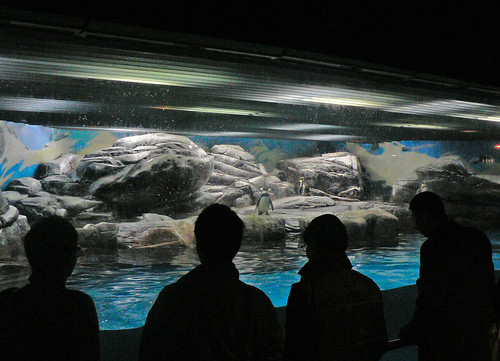 Among the most popular is the China zone, which houses an array of endangered Chinese marine species, most of which are rare breeds from the Yangtze River.

And here's a fun fact about the aquarium: it is home to an Oranda goldfish named Bruce (after actor Bruce Lee), which measures over 435 mm in length!

With more than 10 million gallons of water, The Georgia Aquarium is home to more animals than any other aquarium in the world. The facility houses 120,000 animals, representing 500 species, through a path of more than sixty exhibits. 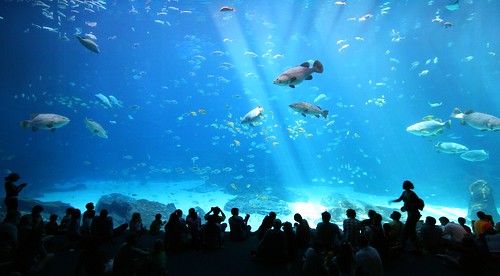 The aquarium's notable specimens include four young whale sharks, who live in a 6.3 million gallon tank in the Ocean Voyager zone. Georgia Aquarium is the only indoor aquarium that features whale sharks, outside of Asia.

8. The Aquarium of Western Australia 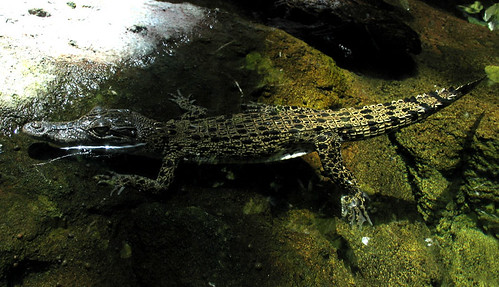 With a nickname like 'the land down under' you'd expect nothing but the best from Australia. Located in a coastal town just outside of Perth, the Aquarium of Western Australia (AQWA) is the largest public aquarium in the country and the tenth largest in the world.

With more than 40 exhibits, the aquarium specializes in marine mammals that inhabit the 12,000-kilometre coastline of Western Australia, including: saltwater crocodiles, eagle stingrays, sandbar whaler sharks, and black tip sharks. 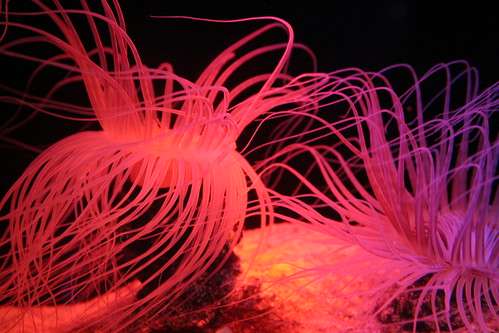 And if observing from the outside is simply not enough, with just a small additional fee, guests can jump into the waters with a dive master and get a closer look!

The Dubai Mall is the largest shopping mall in the world, so it's only fitting to have an aquarium built within it, right?! 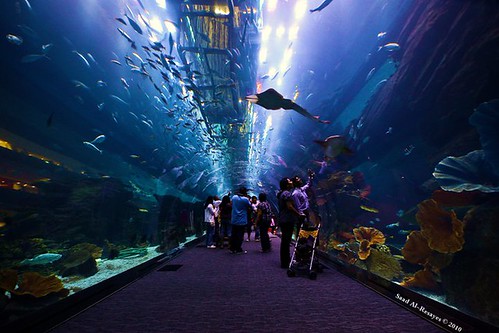 The Dubai Aquarium and Under Water Zoo earned the Guinness World Record for the largest acrylic panel, which measures at 32.88 m wide x 8.3 m high x 750 mm thick and weighs more than 540,000 lbs.

The viewing panel withstands the pressure of 10 million litres of water and gives visitors clear view of the 33,000 marine animals on display. The Aquarium is free to all Dubai Mall visitors.

Located in the old harbor area of Genoa, Italy, the Aquarium of Genoa is the largest of its kind in the country and among the largest in Europe. The aquarium's 70 tanks pose as various marine and terrestrial habitats from across the world and provide a home for more than 6000 animals.

The tanks resemble the natural environments of various places around the world, including the Indian Ocean, Mediterranean and the Red Sea. The Aquarium of Genoa welcomes more than 1.2 million visitors per year, with the seal, dolphin and shark tanks being the favourites among guests.