Expired News - Three ways BEAM is set to expand our future in space - The Weather Network
We use cookies on this site to improve your experience as explained in our Cookie Policy. You can reject cookies by changing your browser settings.   READ MORE I ACCEPT

News
Editor's Choice
New Podcast: What is the 334 club?
The Bigelow Expandable Activity Module was inflated last week, and now crew members have entered for the first time, to take air samples.
OUT OF THIS WORLD | What's Up In Space - a weekly look at the biggest news coming down to Earth from space

Three ways BEAM is set to expand our future in space

A little over a week ago, NASA fully deployed the Bigelow Expandable Activity Module, or BEAM - the latest component to be added to the International Space Station. As of Monday, June 6, the crew opened up the module, in order to collect an air sample.

According to NASA, "Williams entered BEAM and checked sensors, installed air ducts and reported back to Earth that it was in pristine condition."

With things being so-far-so-good with this new station module, here's what its successful deployment might mean for our future in space.

It may become the next "out of this world" vacation destination

The crew is going to spend the next two years testing BEAM, to ensure that it maintains its integrity and adequately protects against space radiation, but Bigelow Aerospace, the manufacturer of the module, already has high hopes for it.

"Our hope is that NASA would be the primary customer for that structure, and that we would be given permission to commercialize and, essentially, we would be time-sharing," Bigelow founder and president Robert Bigelow said during a press conference in April. "If we were flying a cargo mission, then we could accommodate an amateur astronaut or two. There are scenarios where it could be a week or two, and there are scenarios where it could be 45 days or 60 days."

The cost estimate for a stay in a BEAM module runs into the tens of millions of dollars, for the round trip to orbit and back and for renting part of the module itself. This is way out of your average person's vacation budget. However, as with all things, as usage goes up, price typically comes down.

It could lead to the first commercial space station

Having a component attached to the International Space Station isn't Bigelow's only aspirations for space. They've been planning their own space station - the aptly-named Bigelow Next-Generation Commercial Space Station - since 2010.

Bigelow's station concept, based on the B330 expandable space habitat. Credit: Bigelow Aerospace

An interior schematic of the B330. Credit: Bigelow Aerospace

Actually seeing this plan move forward will apparently have to wait until SpaceX puts their Crew Dragon into service, in 2017. It would open up space to more industries, to take advantage of manufacturing techniques only available in microgravity, and to more people, expanding the profile of exactly who can go to space.

It would most certainly make colonizing the Moon and Mars easier

One of the limitations for sending humans to actually live on the Moon or Mars, for any length of time, is figuring out exactly where they're going to live once they get there.

Sending along large habitats would be difficult and fuel-intensive. Building habitats out of local materials overcomes this problem, but it takes time - time when the astronauts or colonists would be vulnerable to the environment.

With BEAM or Bigelow's other expandable habitats, they may have a "best of both worlds" solution. Several modules could be packed onto one rocket, possibly even the same one that launches the crew. These could be used by the crew as habitats during the days spent travelling to the Moon, or the six-month journey to Mars, then deflated for the landing and re-expanded for use as a base on the surface. 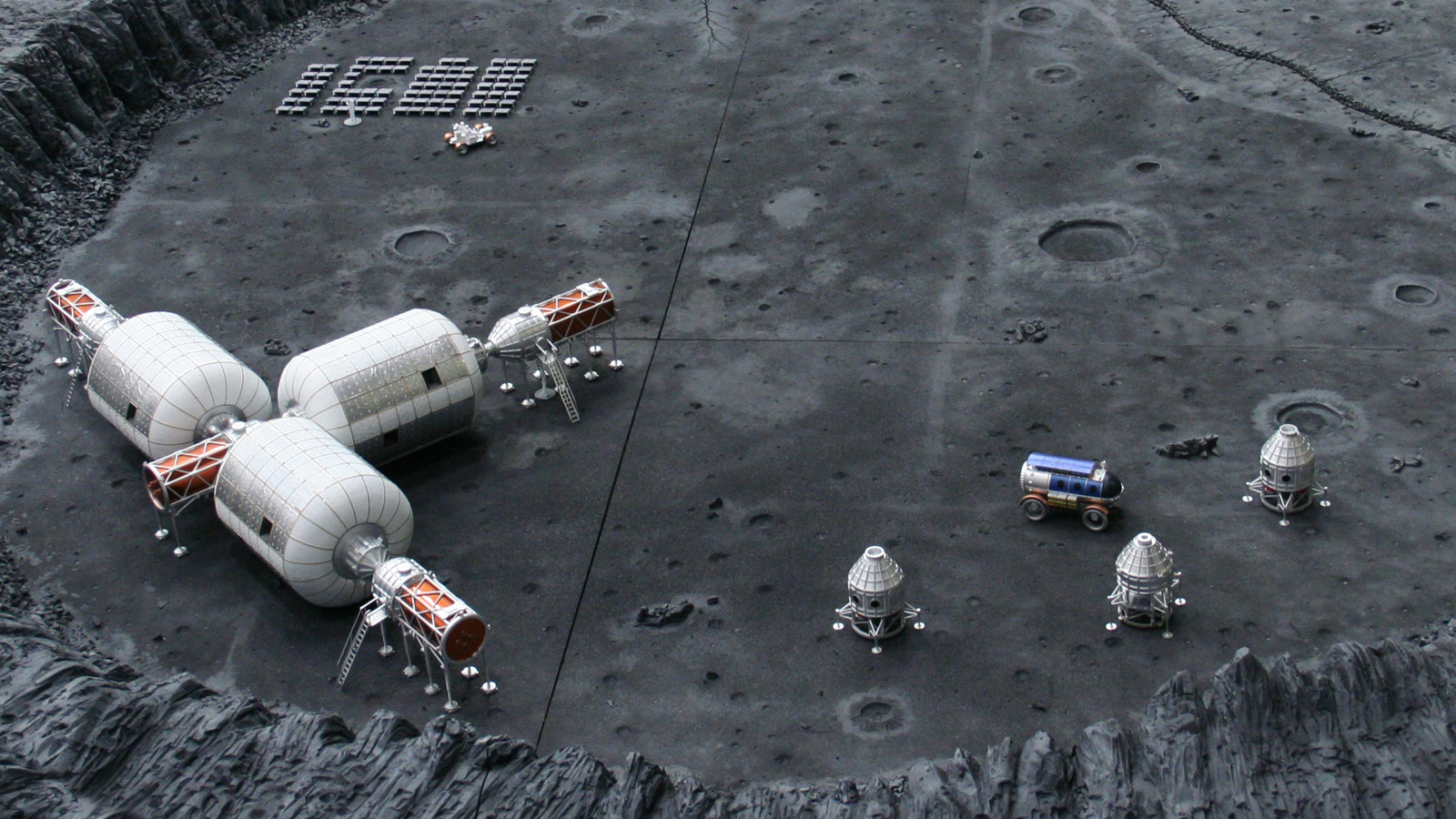 Concept model for a Bigelow lunar base. Credit: Bigelow Aerospace