Expired News - The environmental threat of silver nanoparticles - The Weather Network
We use cookies on this site to improve your experience as explained in our Cookie Policy. You can reject cookies by changing your browser settings.   READ MORE I ACCEPT

The environmental threat of silver nanoparticles

Thursday, March 22, 2018, 6:48 PM - Humans have known since ancient times that silver kills or stops the growth of many microorganisms. Hippocrates, the father of medicine, is said to have used silver preparations for treating ulcers and healing wounds. Until the introduction of antibiotics in the 1940s, colloidal silver (tiny particles suspended in a liquid) was a mainstay for treating burns, infected wounds and ulcers. Silver is still used today in wound dressings, in creams and as a coating on medical devices.

Since the 1990s, manufacturers have added silver nanoparticles to numerous consumer products to enhance their antibacterial and anti-odor properties. Examples include clothes, towels, undergarments, socks, toothpaste and soft toys. Nanoparticles are ultra-small particles, ranging from 1 to 100 nanometers in diameter – too small to see even with a microscope. According to a widely cited database, about one-fourth of nanomaterial-based consumer products currently marketed in the United States contain nanosilver. 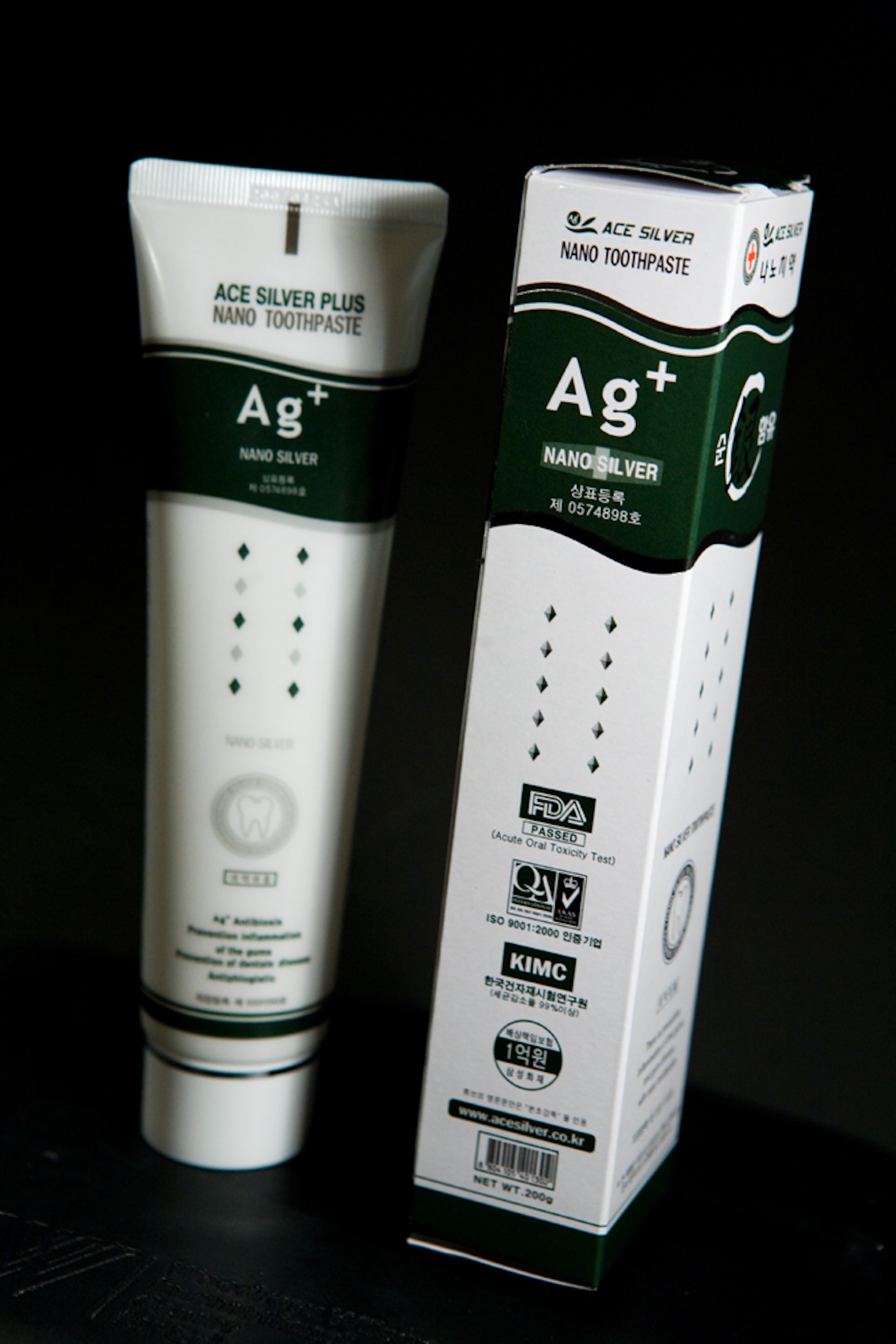 Multiple studies have reported that nanosilver leaches out of textiles when they are laundered. Research also reveals that nanosilver may be toxic to humans and aquatic and marine organisms. Although it is widely used, little is understood about its fate or long-term toxic effects in the environment.

We are developing ways to convert this potential ecological crisis into an opportunity by recovering pure silver nanoparticles, which have many industrial applications, from laundry wastewater. In a recently published study, we describe a technique for silver recovery and discuss the key technical challenges. Our approach tackles this problem at the source – in this case, individual washing machines. We believe that this strategy has great promise for getting newly identified contaminants out of wastewater.

Use of nanosilver in consumer products has steadily risen in the past decade. The market share of silver-based textiles rose from 9 percent in 2004 to 25 percent in 2011.

Several investigators have measured the silver content of textiles and found values ranging from 0.009 to 21,600 milligrams of silver per kilogram of textile. Studies show that the amount of silver leached in the wash solution depends on many factors, including interactions between detergent and other chemicals and how silver is attached to the textiles.

In humans, exposure to silver can harm liver cells, skin and lungs. Prolonged exposure or exposure to a large dose can cause a condition called Argyria, in which the victim’s skin turns permanently bluish-gray.

Silver is toxic to many microbes and aquatic organisms, including zebra fish, rainbow trout and zooplankton.

Once silver goes down the drain and ends up at wastewater treatment plants, it can potentially harm bacterial treatment processes, making them less efficient, and foul treatment equipment. More than 90 percent of silver nanoparticles released in wastewater end up in nutrient-rich biosolids left over at the end of sewage treatment, which often are used on land as agricultural fertilizers.

This poses multiple risks. If plants take up silver from soil, they could concentrate it and introduce it into the food chain. It also can leach into groundwater or wash into rivers via rainstorms or erosion.

Treating laundry water at the source

Our research shows that the most efficient way to remove silver from wastewater is by treating it in the washing machine. At this point silver concentrations are relatively high, and silver is initially released from treated clothing in a chemical form that is feasible to recover.

Once laundry washwater is piped to wastewater treatment plants and mixed with with sewage and water from other sources, silver concentrations decrease significantly and can be converted into different chemical forms.

A bit of chemistry is helpful here. Our recovery method employs a widely used chemistry process called ion exchange. Ions are atoms or molecules that have an electrical charge. In ion exchange, a solid and a liquid are brought together and exchange ions with each other.

For example, household soaps do not lather well in “hard” water, which contains high levels of ions such as magnesium and calcium. Many home water filters use ion exchange to “soften” the water, replacing those materials with other ions that do not affect its properties in the same way.

For this process to work, the ions that switch places must both be either positively or negatively charged. Nanosilver is initially released from textiles as silver ion, which is a cation – an ion with a positive charge (hence the plus sign in its chemical symbol, Ag+).

Even at the source, removing silver from washwater is challenging. Silver concentrations in the wash solution are relatively low compared to other cations, such as calcium, that could interfere with the removal process. Detergent chemistry complicates the picture further because some detergent components can potentially interact with silver.

To recover silver without picking up other chemicals, the recovery process must use materials that have a chemical affinity for silver. In a previous study, we described a potential solution: Using ion-exchange materials embedded with sulfur-based chemicals, which bind preferentially with silver.

In our new study, we passed washwater through an ion-exchange resin column and analyzed how each major detergent ingredient interacted with silver in the water and affected the resin’s ability to remove silver from the water. By manipulating process conditions such as pH, temperature and concentration of nonsilver cations, we were able to identify conditions that maximized silver recovery.

We found that pH and the levels of calcium ions (Ca2+) were critical factors. Higher levels of hydrogen or calcium ions bind up detergent ingredients and prevent them from interacting with silver ions, so the ion-exchange resin can remove the silver from the solution. We also found that some detergent ingredients – particularly bleaching and water-softening agents – made the ion-exchange resin work less efficiently. Depending on these conditions, we recovered between 20 percent and 99 percent of the silver in the washwater.

Our findings can spur research into alternative detergent formulations that improve silver recovery. They also show that ion-exchange technology can recover trace silver from washwater that contains high levels of detergent.

Video: Manta ray swims through plastic in search of food


The future of wastewater treatment

Today wastewater is collected from multiple sources, such as homes and businesses, and piped over long distances to centralized wastewater treatment plants. But increasing evidence shows that these facilities are ill-equipped to keep newly identified contaminants out of the environment, since they use one common treatment scheme for many different waste streams.

We believe the future is in decentralized systems that can treat different types of wastewater with specific technologies designed specifically for the materials they contain. If wastewater from laundromats contains different contaminants than wastewater from restaurants, why treat them the same way?

Our approach is both more efficient and a more effective way to address new environmental problems – potentially through a step as simple as installing a specialized water treatment cartridge in your washing machine.