Expired News - The flu shot: Who should get it and why - The Weather Network
We use cookies on this site to improve your experience as explained in our Cookie Policy. You can reject cookies by changing your browser settings.   READ MORE I ACCEPT

The flu shot: Who should get it and why

Friday, November 10, 2017, 11:02 AM - It’s that time of year again. People around you are getting the sniffles and experts are beginning to speculate on this year’s prevalent strains of flu.

Influenza and pneumonia combined are a leading cause of death in Canada. So should you get the flu vaccine? Will it protect you and your family from getting sick this winter? Or will the side effects make you unwell?

As director of the Vaccine Evaluation Center at BC Children’s Hospital Research Institute, I have been working with the flu vaccine for over 10 years. Here are the key facts you should know — about influenza and the vaccine.

The term “flu” is used by most people to mean any bad cold, including “chest cold,” “head cold” and “stomach flu.” Common symptoms are fever, runny nose, nasal congestion, cough, sore throat, headache, muscle aches and tiredness. These “flu” infections can be caused by hundreds of different types of viruses. 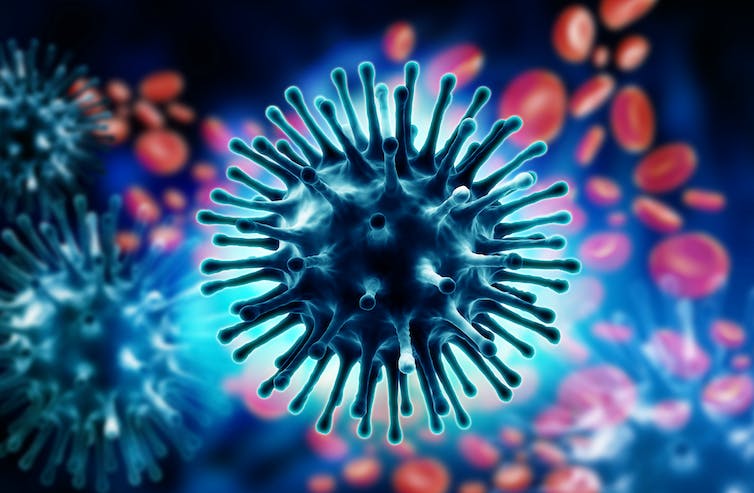 3D rendering of the H1N1 influenza virus. There was a global ‘swine flu’ pandemic in 2009. (Shutterstock)

When doctors and other health-care professionals talk about “flu” they are usually referring to specific infection caused by influenza virus. This is only responsible for some of these “flu” illnesses.

Unfortunately there is no way to tell the difference between people who have influenza infection or another virus, without doing a lab test.

How common is flu?

This is a difficult question to answer because most people do not get tested every time they have a cold or cough to find out which virus is causing their illness.

Most information comes from cases in hospital or from specific physicians who are asked to do extra testing on patients they see each year. These reports are collected by the Government of Canada’s FluWatch program. But we do not yet have tests that can identify all viruses.

Between August 2016 and August 2017 (the most recent flu season), there were almost 40,000 cases of lab-confirmed influenza. This compares with around 23,000 cases of respiratory syncytial virus (RSV) and about 31,000 cases caused by other viruses that were identified.

People at greatest risk of severe influenza are seniors (65 years and older), young children (under five years), residents of nursing homes and other chronic-care facilities, pregnant women and people with chronic medical conditions.

How does the influenza vaccine work?

There are different types of influenza vaccine, but they all work in a similar way. There are also many strains of influenza itself. Three or four strains are included in the vaccines every year.

Each vaccine is a weakened form of these three or four influenza viruses. The vaccine causes the body’s immune system to make antibodies and to activate other immune cells to neutralize or kill the virus. 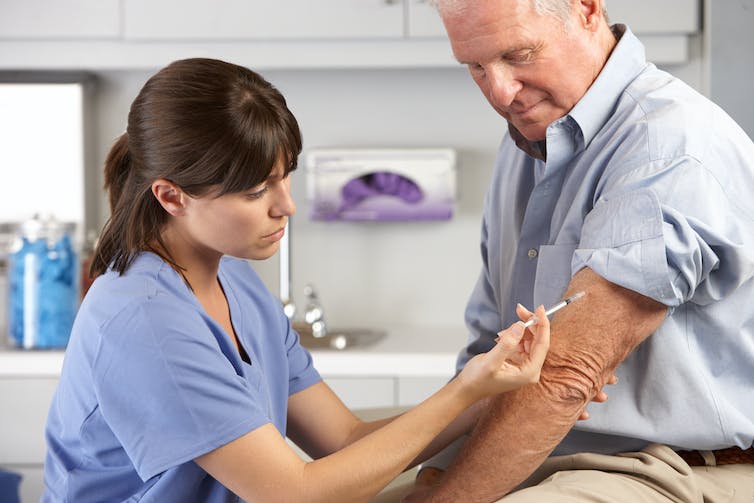 The efficacy of the influenza vaccine can vary from 20 to 80 per cent. (Shutterstock)

This means that if someone who has been vaccinated is then exposed to influenza virus, their immune system is able to react quickly. They are less likely to get influenza infection.

Why do we need the flu shot every year?

The influenza virus changes slightly every year. How effective the vaccine is depends on how closely matched the weakened viruses in the vaccine are compared with the actual viruses which circulate every year. In years when the virus only changes a little, the vaccine will be highly effective — reducing risk of influenza by up to 80 per cent.

In years where the virus changes a lot then the vaccine will not be as effective — in some years reducing the risk of influenza by only 20 per cent.

It’s impossible to predict how much the virus will change each year, so the vaccine is designed by a group of experts at the World Health Organization who meet every year to decide which are the most likely strains that will circulate in the next flu season. These strains are used to make the next year’s vaccine.

Occasionally the virus changes completely because human influenza virus mixes with animal influenza viruses. That’s when we have pandemics. The last pandemic was in 2009. When that happens, a new vaccine can only be made after the pandemic has started because the exact type of virus causing the pandemic is impossible to predict.

What are the side effects?

The vaccine gives no protection against the other viruses that can cause similar “flu” illnesses. All vaccines used in Canada have to be approved by Health Canada and are all safe. But any vaccine can have side effects.

The common side effects of flu vaccine are pain, redness and swelling at the injection site, and nasal congestion and runny nose.

Who should get the flu shot?

The National Advisory Committee for Immunization in Canada, which makes all vaccine recommendations in Canada, advises that everyone six months of age and older is immunized against influenza every year.

So far we do not have effective vaccines for infants aged less than six months.

In some provinces and territories, the government pays for everyone to have the vaccine. In some regions, only high-risk people (such as young children, older adults and people with chronic medical problems or in nursing homes) are paid for and others have to pay themselves.

People at highest risk of severe influenza should be vaccinated to reduce this risk. Vaccination of low-risk people (for example healthy, young adults) also gives them protection against influenza, and has the major benefit of reducing influenza transmission, so indirectly protects the most vulnerable.

The more people who are vaccinated, the lower the circulation of influenza virus in the population.

Watch below: How to avoid the flu completely, in theory