Expired News - Grubs on: The benefits of eating bugs - The Weather Network
We use cookies on this site to improve your experience as explained in our Cookie Policy. You can reject cookies by changing your browser settings.   READ MORE I ACCEPT

Grubs on: The benefits of eating bugs

The product itself is not new; many speciality stores have been selling it for a few years now. But Loblaw is the first major Canadian retailer to sell the product under its own private label, President’s Choice.

And given the growing number of consumers looking for protein alternatives beyond the meat trifecta of beef, pork and chicken, selling cricket flour is a sign that the protein wars in Canada are heating up.

Most of the world’s population, about 80 per cent of us, eat bugs regularly. In the Western world, however, this is still not mainstream mainly due to the creepy-crawly factor.

The fact is, though, that we have all eaten bugs at some time, deliberately or not.

Food safety research has shown repeatedly that bugs regularly get into the human food chain, through grains, vegetables, fruits or other means. Food safety perfection is just an ideal, and bugs aren’t harmful.

Furthermore, all of us have at one point or another likely inadvertently inhaled tiny insects on bike rides or when out for a run. I know I have.

Disgusted enough yet? Bugs surround us, whether we like or not, but to collectively accept them as an integral part of our food supply chain is still a psychological stretch.

For Loblaw, though, it’s about health and sustainability, and the case for using crickets is actually quite compelling. A 2.5-tablespoon serving has 90 calories and 13 grams of protein. It also contains enough B12 vitamins to carry you through the day.

The University of Oxford published a compelling study on the nutritional value of crickets versus meat products. When measuring protein content, vitamins, sugar and fat, crickets ended up ahead in most categories.

While some have pointed out some of the limitations around insect consumption, scientific consensus is building. It’s not surprising, then, that Loblaw has been looking at this for a few years already.

Marketwise, Loblaw is testing consumers’ current curiosity and willingness to explore new dietary options. But the grocery chain is not exactly giving the product away.

When launched, the retail price point was almost CDN$16 for a 113-gram bag.

Given how inexpensive cricket production is, margins are likely high because of the shelf space that’s sacrificed to stock the item. Cricket flour can be used as an added ingredient for smoothies, yogurt, soups, oatmeal and baked goods, among many other things. And with its neutral flavour, it won’t affect the taste. 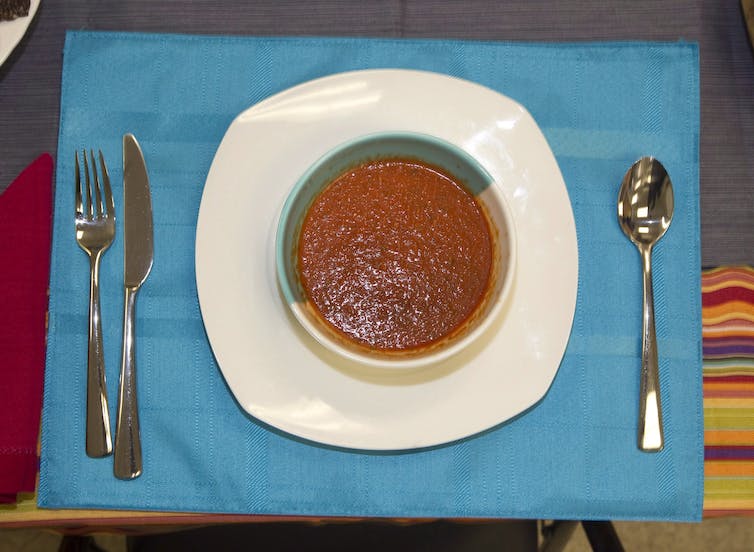 Those who advocate consuming crickets point out that insects are better at converting feed to protein compared to larger livestock. Entomo Farms, based in Norwood, Ont., supplies the product to Loblaws stores.

Operations in Norwood have grown by 12 times since 2014 as the demand for crickets is growing exponentially. Because crickets can reproduce very quickly and take up very little space, it’s an incredibly efficient crop.

This speaks to how our relationship with food is changing in general.

Aesthetics, flavour, price and convenience remain the major factors in choosing the foods we eat. But the nutritional content of every ingredient in our foods is gaining more attention.

Lobsters: Bugs of the sea?

From our western perspective, crickets do not look appetizing, but neither did lobsters at one point in time, and in fact they used to be known as the cockroaches of the sea. Now lobster is considered a scrumptious delicacy. 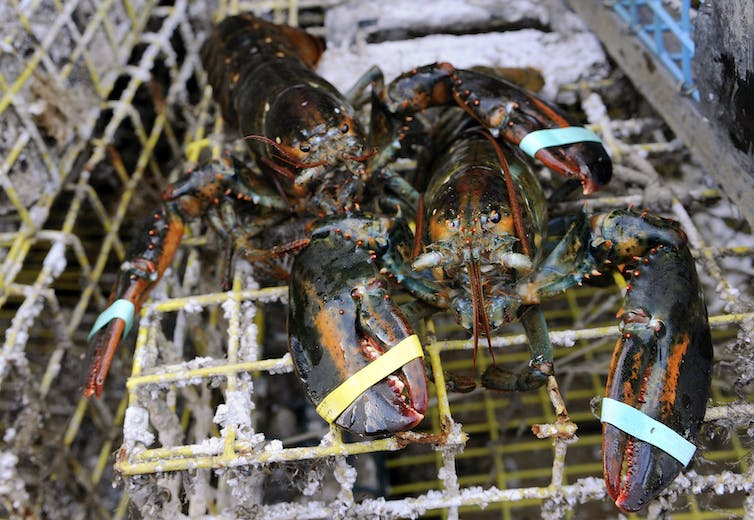 Giant sea crickets? Lobsters used to be shunned for their appearance. Will insects and crickets come to be considered a treat the way lobster now is? (AP Photo/Jessica Hill)

Demand in Canada is also up for species like octopus. While bugs have yet to make it into the mainstream the way octopus is beginning to, they are regularly included in meals in countries like China, Mexico and Thailand.

At the core of it all, Loblaw’s primary motivation is likely to test whether some efficiencies can be enhanced by managing protein differently across global protein supply chains.

Even if several studies dispute the nutritional value of insects and don’t regard them as a viable source of protein, animal protein remains under severe pressure, as pro-livestock factions know only too well.

Read more: How changing your diet could save animals from extinction

Loblaw is also hedging against the questionable future of animal protein.

Health Canada will be releasing a new food guide and based on principles disclosed last fall by the public regulator, it seems Canadians will be invited to think twice about their level of consumption of proteins, specifically from meat and dairy.

Some consumers are uncomfortable with current livestock practices and have registered concerns around the environmental footprint, ethics and health value of meat.

Nonetheless, if crickets or other insects are to become part of our dietary way of life in Canada, it would probably be as a potent supplementary ingredient, not necessarily as a tasty snack.

It’s highly unlikely that grilled steaks, spicy chicken wings or juicy pork chops will be replaced by a plateful of roasted crickets any time soon, but ingredients sourced from the start of the food chain are starting to take their place in the retail market.

There are no short answers to economically relevant production models in food anymore.

But with sound research, we are slowly accepting the fact that protein intake can come in several forms — including from the chirping insects more commonly known for lulling us to sleep on summer nights.