Expired News - Taking on the world's most dangerous volcano, see how - The Weather Network
We use cookies on this site to improve your experience as explained in our Cookie Policy. You can reject cookies by changing your browser settings.   READ MORE I ACCEPT

Taking on the world's most dangerous volcano, see how

Monday, February 22, 2016, 4:31 PM - The total drop distance from the rim of the boiling, hissing cauldron of molten rock known as the Nyiragongo volcano to the shore of the lava lake deep inside the crater:

And I was leaning just far enough back in my harness that I could see the entire dizzying drop from a crumbling edge. 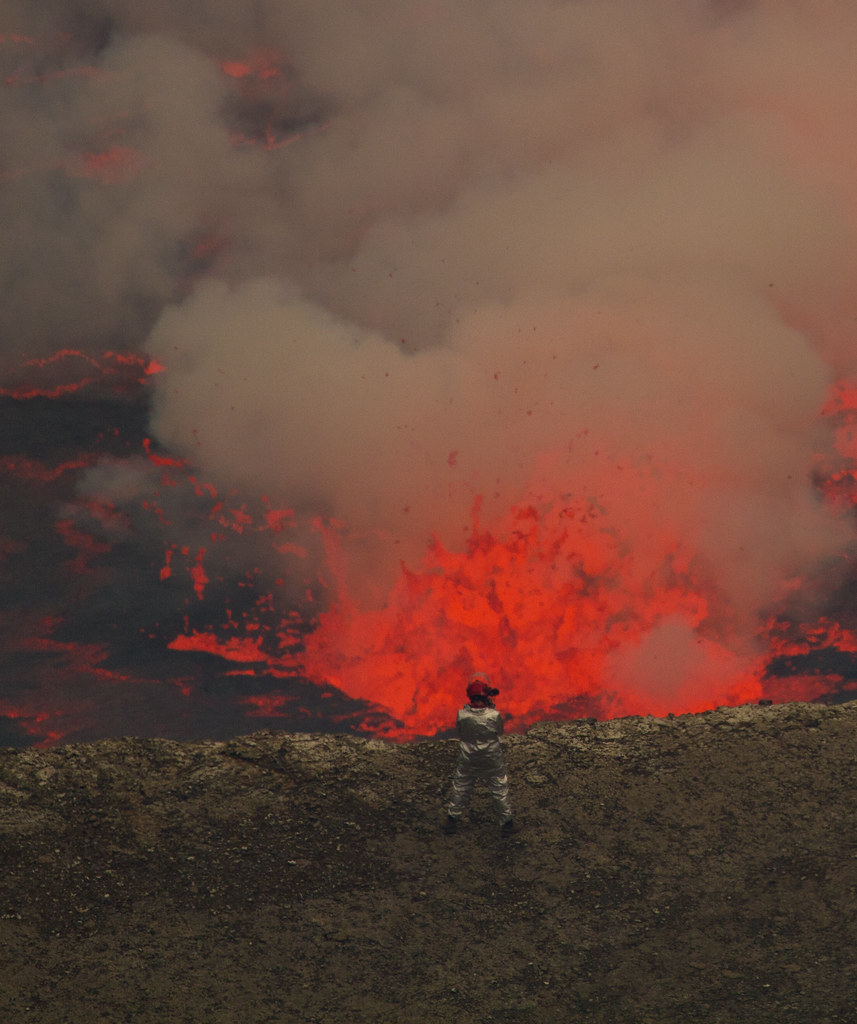 Meteorology classes never prepared me for this

Nyiragongo is a cone volcano that dominates the sky above the city of Goma, located in the Democratic Republic of Congo, in eastern Africa. It’s an active mountain that erupted in 2002; with the resulting lava flow destroying a large area of Goma and nearly shutting down the airport.

Helping prevent another disaster was part of why we – myself and George Kourounis - were in one of the planet’s most-volatile locales. 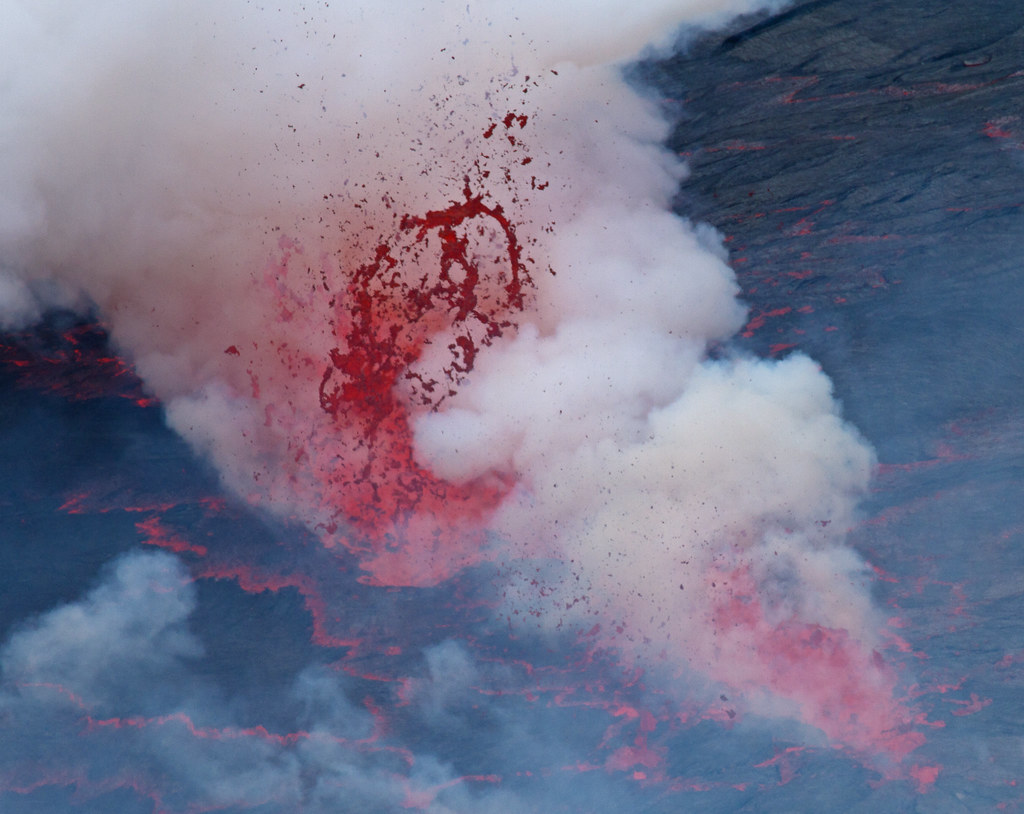 The volcano is what is known as an effusive (as opposed to explosive) type which means that the lava produced is very liquid and is constantly erupting within the crater. Thus, gas pressure never builds up enough to create a Mount St. Helens type of explosion. However, this doesn’t make it less dangerous. Instead, the volcano’s danger comes from the potential for very liquid lava to suddenly emerge from fissures on the flanks of the mountain very close to, or in Goma. The fluid nature of the molten rock means that it can travel at speeds approaching 100 km/h on a steep slope. That’s very difficult to get out of the way of if there’s no warning.

Given the lack of modern infrastructure and communications, getting a warning out to the city as well as even attempting an evacuation would be an exercise in futility. Most of the roads are dirt, pitted with massive rocks that slow car travel down to crawl even if there wasn’t hundreds of motorcycles and pedestrians all attempting to use the narrow laneways all at once. Traffic signals, stop signs, etc., simply don’t exist in the city and only a few major roads are paved to any significant extent. The city is a disaster-in-waiting that many fear will be played out sooner than later.

One goal was to get down to the edge of the lava and document the largest lava lake in the world, and the second goal was to get the scientists from the Goma Volcano Observatory into the volcano so that they could collect data and determine the level of activity within the mountain. Despite the danger of the mountain, very few observations and studies have been done, mostly due to lack of funding.

Simple, yes, easy, no. Geoff Mackley, expedition leader, along with his team of Bradley Ambrose and Chris Horsley determined the best route down would be a 200 metres drop from the rim of the caldera to a small ledge; from there, a second rope would drop another 150 metres to a much larger ash plain/ledge before a final drop of about 150 metres to the final ledge surrounding the lava lake itself.

After a day of rigging and determining the exact routes, I clipped myself into the ropes, ran a secondary safety system and prepared to make the drop into the unknown along with Kourounis. We’d be running parallel to each other in order to ensure my safely. George had done this kind of thing a few times before so I figured I was likely in good hands. The ledge was crumbling beneath my feet as I leaned back into the harness and let the rigging system take my weight. It was a moment that I had been dreading. This was when I figured I’d either start crying or running. What I didn’t expect was the total exhilaration of being suspended over empty space while volcanic gases swirled around me. I had total confidence in both the rigging and the team. I was going to drop into a place that few humans had ever been.

Ok, it was less a drop and more of a very, very steep walk backwards down one of the crumbliest cliff faces I’d ever seen. Every few steps, rocks would shift under my feet and plunge towards the ground far below. The crack, snap of them hitting the sides of the cliff sounded like distant gunfire and I was reminded that large rocks could cut right through the climbing ropes. I got very careful about where I put my feet.

Rock falls are the biggest danger in climbing or rappelling

Falls are very rare and are usually caused by operator error. Rocks on the other hand, can strike without warning and even small ones can cause serious injury. Bradley Ambrose, one of the others on the team had a very close call when a rock missed his leg by about ten centimeters and bashed a huge dent in his aluminum water bottle. He hadn’t even heard it fall from far above.

If you have warning time, because you’ve heard the rock strike the cliff further up or heard one of your teammates call out “Rock!”, the best (and usually only) thing you can do is get as close to the cliff face as possible and pull your limbs in close. All climbers wear helmets to minimize the damage to your skull a falling rock can do, but even then, it’s extraordinarily dangerous.

Steam boiled off the cliff face here and there and when I arrived at a particularly abundant area, the damp air soaked through my clothes and I knew that this wasn't a quick rock climb on the Niagara Escarpment in Ontario. Steam vents are cracks in the volcanic rock where rainwater, after trickling downwards through the mountain, had turned to steam and boiled back up through the volcano. And they were everywhere, speaking loudly of the true power of the volcano – the molten rock at the heart of it. 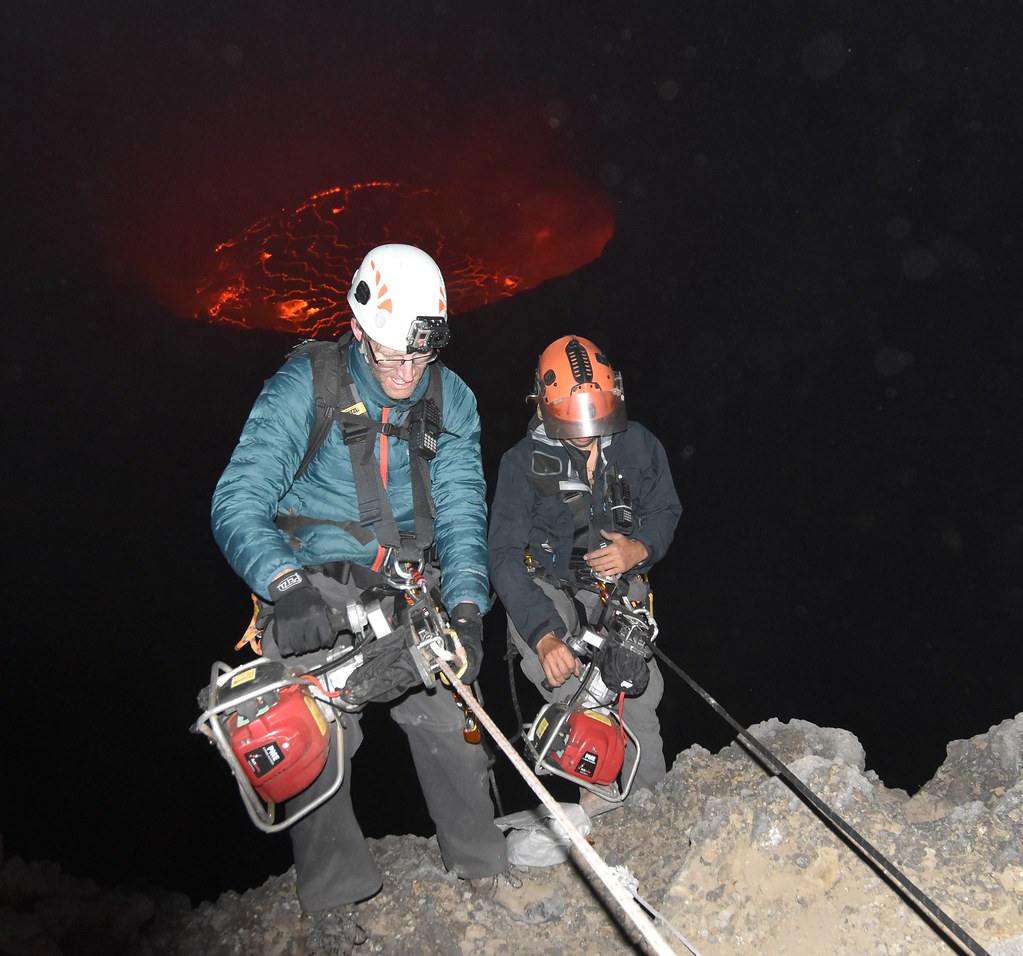 I dropped to the ground of the first ledge, exhausted and soaked with sweat and steam. Another 100 metres to go to get to the first real stopping point, the great ash plain before the final drop. Kourounis swiftly unclipped both him and myself and then snapped me into the next set of lines. Only this time, I’d be going it alone. No tandem drop, just me on my own.

Just me and a sheer drop into the bottom of an active volcano that could, at any moment, shudder into life and shake us off the side of it like a horse shrugging off a blackfly.

CHECK BACK: Part II and more stunning photography from Mark Robinson and George Kourounis’ death-defying descent in to Mount Nyiragongo is published here.