Expired News - Storm Leslie slams Portugal, over 300K left in the dark - The Weather Network
We use cookies on this site to improve your experience as explained in our Cookie Policy. You can reject cookies by changing your browser settings.   READ MORE I ACCEPT

Storm Leslie slams Portugal, over 300K left in the dark

Leslie was downgraded from a hurricane before it reached Portugal late on Saturday. Authorities had urged people to stay indoors and keep away from coastal areas.

The A1, the main motorway running through Portugal, was temporarily blocked by a fallen tree, authorities said. 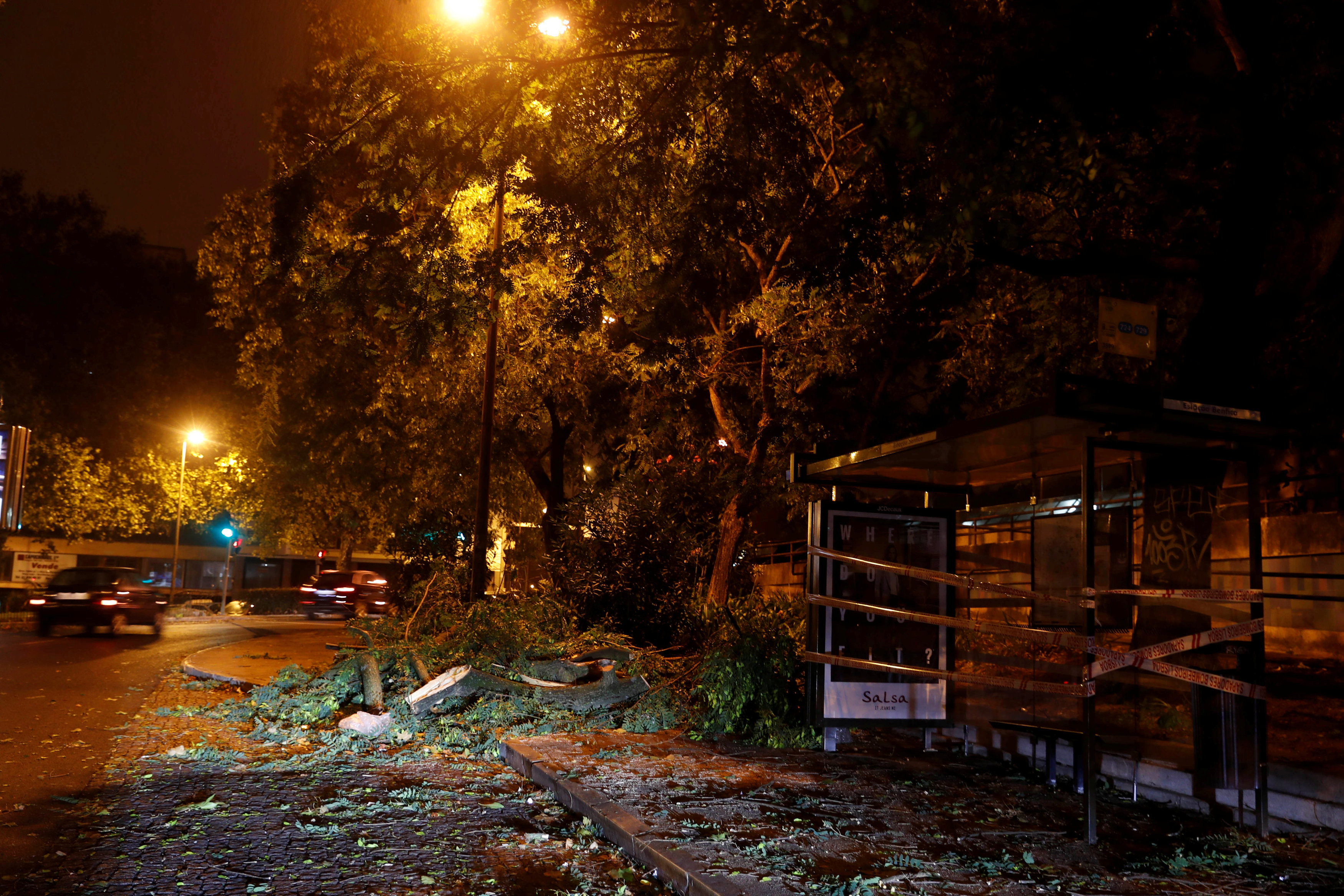 Branches of trees are seen on a street at Benfica neigborhood as hurricane Leslie goes past in Lisbon, Portugal October 14, 2018. REUTERS/Rafael Marchante

The storm, carrying winds of up 100 km/h, was most intense during the night. By Sunday morning the powerful winds and heavy rains had mostly subsided.

In Spain, winds of up to 100 km/h uprooted trees in the center of the country early on Sunday morning. Emergency services issued flood warnings for the north and northwest of the country for Sunday afternoon and evening, advising Spaniards to avoid driving in the storm.

Earlier this week, 12 people were killed in flash floods on the Mediterranean island of Mallorca.