Expired News - Science Pictures of the Week: What's hidden behind an eclipse, a SpaceX photoalbum and what does Pluto look like? - The Weather Network
We use cookies on this site to improve your experience as explained in our Cookie Policy. You can reject cookies by changing your browser settings.   READ MORE I ACCEPT

Science Pictures of the Week: What's hidden behind an eclipse, a SpaceX photoalbum and what does Pluto look like?

Monday, March 23, 2015, 9:26 AM - What the Moon hides during an eclipse, a gift from SpaceX, and what does Pluto really look like? It's Science Pictures of the Week!

What's, literally, behind an eclipse?

Slip on a pair of eclipse glasses or other protective eyewear during a total solar eclipse and once it reaches totality, you'll be witness to an incredible sight we don't often get a chance to see for ourselves.

The glow surrounding the moon is the solar corona, essentially the Sun's outer atmosphere, which is normally only visible to us through specialized equipment called a coronagraph, like that on NASA's Solar and Heliospheric Observatory (SOHO). During a total solar eclipse, though, the Moon blocks out the Sun, exactly as the coronagraph does, which lets us see the corona for ourselves (as long as we protect our eyes in the process).

Move the slider in the above image back and forth to see how the corona lines up with the image of the Sun taken by NASA's Solar Dynamics Observatory at roughly the same time as the eclipse reached totality. The coronal loops along the Sun's equator (the SDO image is tilted to match our tilted view of the Sun) and the solar wind 'streamers' at the poles reveal how the shape of the corona is very much dependent on the activity of the Sun at the time.

SpaceX releases their photos to the public 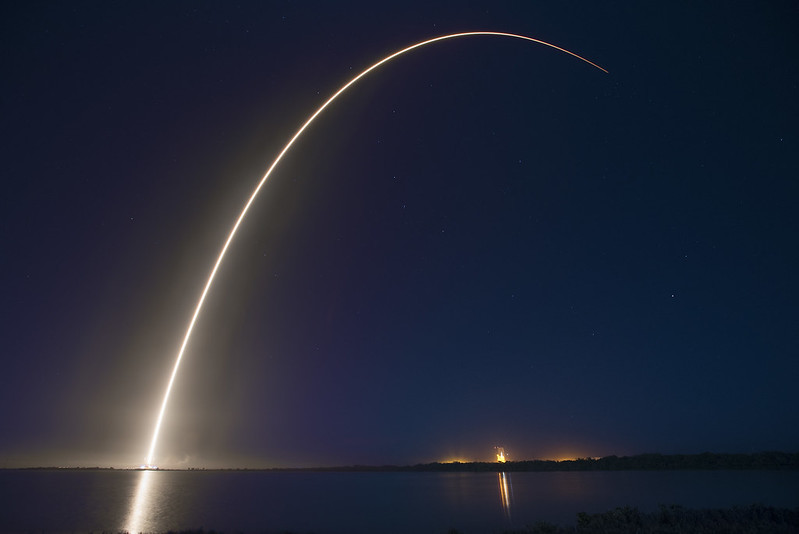 SpaceX's Falcon 9 rocket launches on March 1, 2015, delivering the ABS 3A and EUTELSAT 115 West B satellites to a supersynchronous transfer orbit. Credit: SpaceX

If you've gazed at the incredible images SpaceX has of their launches and spacecraft, longing for the day when you could plaster them all over your website, or print them out as posters for the walls of your room or to put up at school, your wait is over!

According to Motherboard, as of March 18, SpaceX created a new Flickr account, which is now filled with some of the best images ever captured of the company's spacecraft, activities and even their employees. Although originally released simply for non-commercial use, SpaceX has since revised that to make the images completely open, usable anywhere, as long as they receive credit.

So, click the link above, peruse the collection and don't forget attribution!

NASA's New Horizons spacecraft is drawing ever nearer to Pluto, Charon and tiny moons orbiting them. Right now, these objects are just a few pixels across, at best, but when New Horizons swings by, on July 14, it will reveal closeup images of these worlds for the very first time.

To the right is the best the Hubble Space Telescope has given us so far of what Pluto looks like, up close.

Even with Hubble's incredible capability of picking up distant objects and resolving them in amazing detail, it all comes down to size and brightness. Distant nebulae and galaxies are very large, very bright objects. Pluto, on the other hand, is small and dark. It just doesn't present a large enough face or enough reflected light to give Hubble the ability to resolve its features with more detail.

However, based on the splotchy Hubble images and other data gathered about the planet, NASA has come up with this artist's conception drawing of what Pluto and Charon might look like.

Regardless of whether they have it spot-on there, or the surface features look significantly different, the New Horizons team has a big job ahead of them when the two are finally revealed in detail. They'll need to name all of the features they can see, but they don't want to keep all of that to themselves. They want our help.

According to what Mark Showalter, a member of the team, wrote on the OurPluto.org website:

Working with the International Astronomical Union (IAU), the New Horizons team plans to assign names to the features on the maps of Pluto and its large moon Charon, once we have seen them in sharp detail this summer. At this site, you can suggest your ideas for names and vote for your favorites. The team will use your best ideas in their proposal to the IAU.
The ballot will close on April 7, 2015.

To cast your ballot, head to the OurPluto.org website (there's a simplified version for the kids).