Expired News - B.C. man wakes to find adult bear in his living room - The Weather Network
We use cookies on this site to improve your experience as explained in our Cookie Policy. You can reject cookies by changing your browser settings.   READ MORE I ACCEPT

Thursday, June 14, 2018, 12:55 PM - As Smithers, B.C., man Dustin Hersee and his wife slept peacefully during the early morning hours Wednesday, they were rudely awakened by a crash in their living room.

Hersee flew from his bed, confident no human intruder would make such a ruckus.

(RELATED: BLACK BEAR FOUND COZYING UP IN A MANITOBA DUMP)

"At that point, I was just worried about our daughter, who's one and a half."

But Hersee realized his small child was asleep and safe in her crib as he approached the source of the commotion.

Thankfully, their four-year-old son — who normally rose in the early morning to play with his toys in the living room — had spent the night at his grandmother's house.

As Hersee peeked around the corner into his living room, he confirmed his suspicion that an adult male black bear had found its way inside. 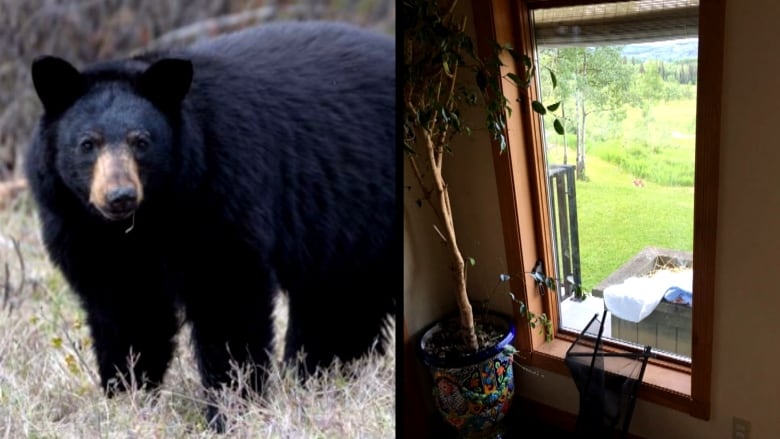 An adult male black bear, similar to the one pictured here, found its way into the rural home of a Smithers, B.C., family. No one was hurt. (Dustin Hersee)

The bear had entered through the living room's patio door — the only door in the house the family had left unlocked — and had trapped itself inside when the door closed shut behind it.

The living room of the family's rural home connects to the kitchen and bedrooms via staircases. Hersee evaded the distressed animal by running up and down the staircases a few times.

"I kind of came face-to-face with him, so I ran back down the stairs," said Hersee.

"The size of his paws and his claws ... The adrenaline kicks you into survival mode. I just felt fear for my family mainly,"

Eventually, Hersee was able to reopen the patio door, and the bear managed to find its way back into nature.

"We're just really lucky our son wasn't up there and none of us were injured."

The bear destroyed a window and a few screens the family had set up.

Hersee said a conservation officer was at their home within an hour of the encounter.

The officer said it was odd behaviour for a bear, especially since there was nothing to attract it inside such as garbage.

With files from Radio West