Expired News - Six of the most remote places in Canada (and the weather) - The Weather Network
We use cookies on this site to improve your experience as explained in our Cookie Policy. You can reject cookies by changing your browser settings.   READ MORE I ACCEPT

Six of the most remote places in Canada (and the weather)

Some areas can be reached seasonally by ice roads or by ships, but the winter months can completely cut off parts of the country.

Much of this 70 per cent can be found in the north and while portions of it are uninhabited, there are several small populations scattered throughout.

Here are six of them, listed from east to west.

With a population of 1,424 (as of 2011), Nain is the northernmost permanent settlement in Newfoundland and Labrador, located some 370 km from Happy Valley-Goose Bay.

The community was established in 1771 by a group of missionaries.

RELATED: The coldest place on Earth goes to ...

Nain is notoriously inaccessible: For half the year, the only way to get there is by flying in and out of Happy Valley-Goose Bay. Between June and November, you can take a ferry. 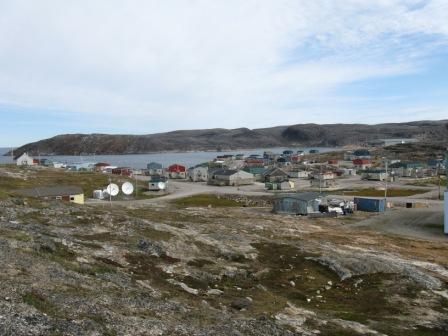 Located some 2,000 km north of Montreal, Ivujivik is the northernmost community in any Canadian province. While there are Canadian settlements farther north, they are located in the territories.

Jobs aren't plentiful in this community of 349 residents. As of 2001, the unemployment rate in the village sat at 18.2 per cent, with 72 per cent of the workforce either biking or walking to work.

Ivujivik is inaccessible by road and can be reached by the Ivujivik Airport.

The area is ice-free for approximately three weeks every summer.

Fort Severn is one of the most isolated communities in Ontario, with the closest permanent road sitting some 450 km away.

After that, visitors must rely on ice roads to reach the community in the winter or float planes in the summer.

Grise Fiord is also referred to a Aujuittuq, an Inuktiut word that translates to "the place that never thaws." It is the northernmost civilian settlement in the country, and it's the only community on Ellesmere island.

RELATED: Remote Alaskan village may need to be relocated due to climate change

Grise Fiord is one of the coldest, human-inhabited places in the world, with an annual average temperature of -16 degrees Celsius.

The warmest month for the community's 146 residents is July, which sees an average temperature of -7 degrees Celsius.

Alert is likely one of the most known communities on this list, located 800 km away from Grise Fiord and more than 2000 km from Iqualuit, Nunavut's most populated city.

Alert is predominantly populated with scientists, many of whom have been sent there to study the punishing weather conditions. The area lies above the Arctic Circle, which means the sun doesn't fully set in the summer and winter months are predominantly dark.

But with a population of only 12 residents, the area is tiny.

Pleasant Camp gets nearly 750 cm of snow each year, making the community difficult to get to during the winter months.