Expired News - Groundbreaking photo sheds new light on Blue Marble. See it. - The Weather Network
We use cookies on this site to improve your experience as explained in our Cookie Policy. You can reject cookies by changing your browser settings.   READ MORE I ACCEPT

News
Editor's Choice
A summer scorcher ahead? Canada's July forecast, here
NASA's new Deep Space Climate Observatory (DSCOVR) has given us an image of Earth that trumps all others. Here's why.

Seeing images of Earth from space isn't new, as we've had weather satellites and other spacecraft snap images of our planet for years.

Now, though, the DSCOVR satellite, from a distance of 1.6 million kilometres away, has snapped NASA's first full-disk image of the Earth since the Apollo era of spaceflight. 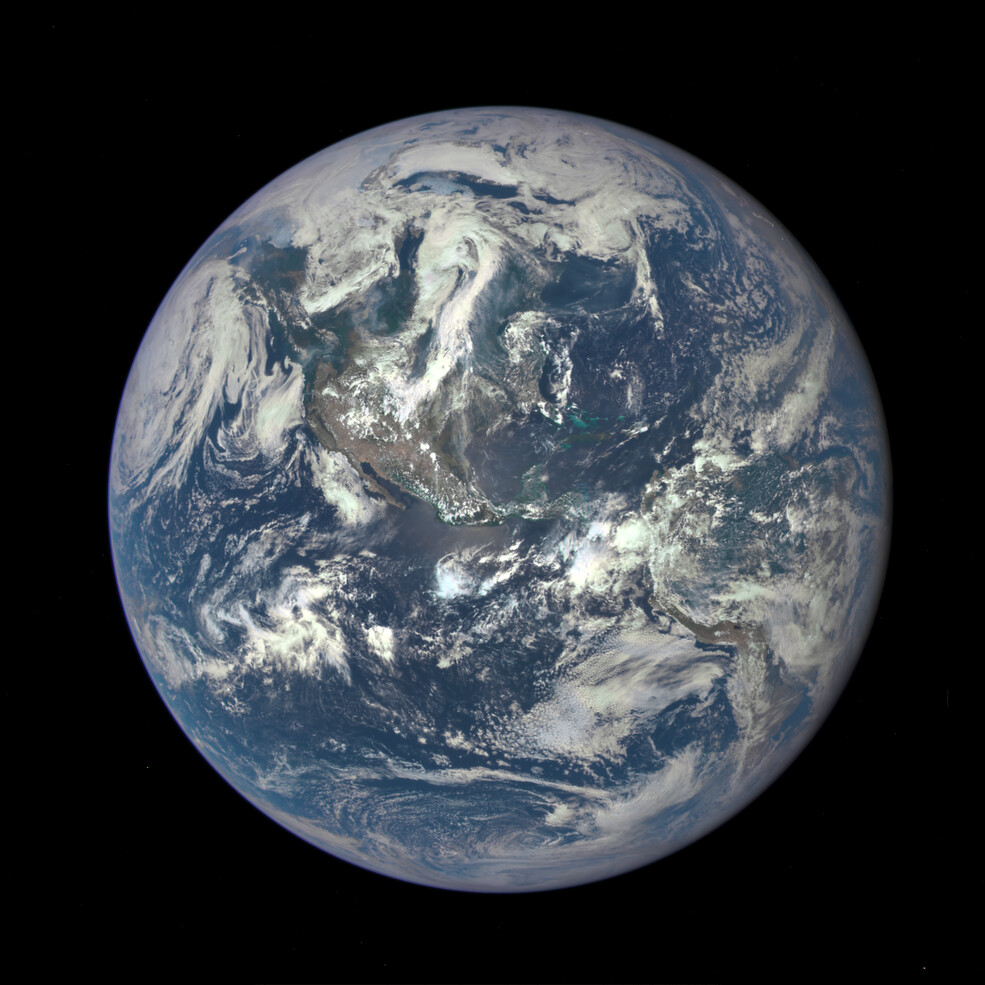 Other satellites that image Earth take many different pictures, essentially running a scan across the planet's surface, and combining those pictures into a final full-disk view.

From its vantage point at Lagrange Point 1, DSCOVR's EPIC instrument - a camera installed on the spacecraft by NASA - takes three different images of the full disk of Earth, one through each of red, green and blue filters. When those images arrive back here on Earth, they can be layered overtop of one another to produce a full-colour photographic-quality image of the entire sunlit face of the planet.

DSCOVR's position at L1, between the Earth and the Sun, 1 million miles (1.6 million km) away. Credit: NOAA

DSCOVR can supply these images on a daily basis, giving us incredible images of our planet to track changes on the surface and in the atmosphere. The satellite's primary purpose, however, lies in the other direction. With sensors aimed at the Sun, it will improve space weather forecasters' ability to track the solar wind and immense coronal mass ejections, and provide timely alerts about solar storms and geomagnetic storms that may damage orbiting satellites, endanger astronauts on board the International Space Station or possibly put power grids here on Earth at risk.

"This first DSCOVR image of our planet demonstrates the unique and important benefits of Earth observation from space," said NASA Administrator Charles Bolden in a statement. "As a former astronaut who’s been privileged to view the Earth from orbit, I want everyone to be able to see and appreciate our planet as an integrated, interacting system. DSCOVR’s observations of Earth, as well as its measurements and early warnings of space weather events caused by the sun, will help every person to monitor the ever-changing Earth, and to understand how our planet fits into its neighborhood in the solar system."