Expired News - Shocking photos that show what we're doing to our water - The Weather Network
We use cookies on this site to improve your experience as explained in our Cookie Policy. You can reject cookies by changing your browser settings.   READ MORE I ACCEPT

Shocking photos that show what we're doing to our water

Tuesday, September 22, 2015, 5:44 PM - Earlier this month, California lawmakers approved a ban on plastic microbeads in personal care products. Scientists have long known that microbeads are a major source of water pollution, an ideology that was confirmed in a recently-published study in Environmental Science & Technology.

And it isn't just microbeads: Plastic bags, fishing nets and other types of trash are making their way into the world's oceans.

In December it was reported there are 5.25 trillion pieces of plastic debris floating at the top of the ocean, with more trash resting on the seabed.

It's estimated that 1 billion tons of plastic have been discarded since the 1950s and research suggests it will take up to 500 years for some forms to biodegrade.

According to the U.S. Environmental Protection Agency, only 8% of the total plastic waste generated in 2010 in the U.S. actually made it to recycling plants.

The other 92% was shuffled off to landfills or found its way into the water. 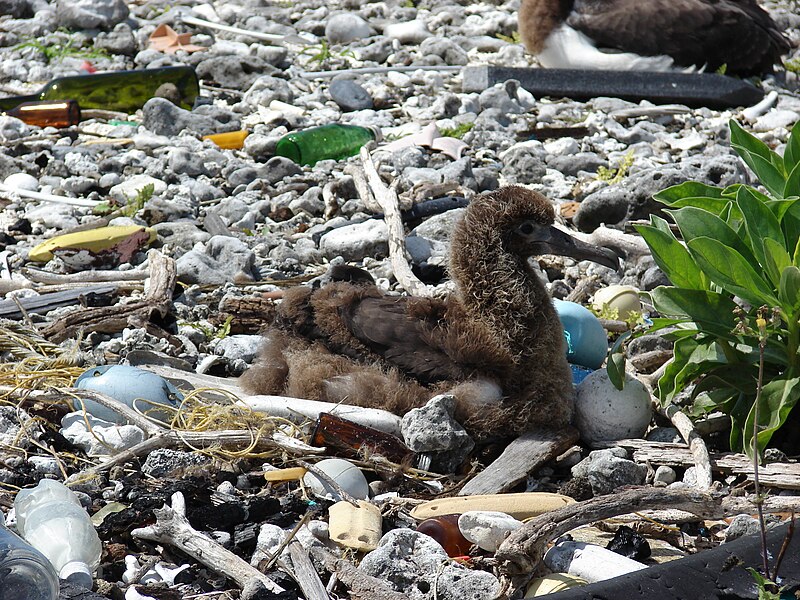 Research suggests the largest source of plastic in the ocean comes from discarded fishing nets, but there's also a substantial amount of plastic bags, toys and bottles. 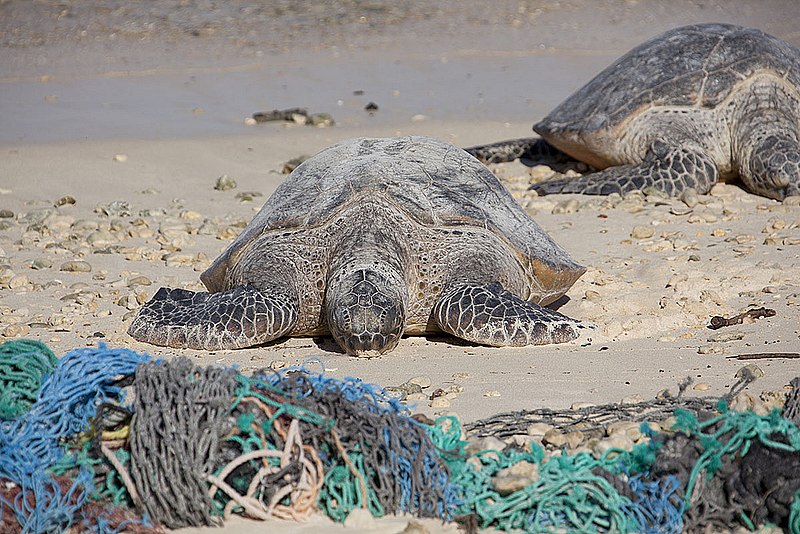 PLASTIC IN THE ICE

In May 2014, a team of researchers discovered there's even more plastic lurking in our ice, with estimates suggesting Arctic sea ice could be holding trillions of pieces of microplastics.

As the ice melts due to rising global temperatures the ecosystem could be flooded with an unprecedented amount of debris.

"Arctic sea ice from remote locations contains concentrations of microplastics at least two orders of magnitude greater than those that have been previously reported in highly contaminated surface waters," the study's author's write.

"Our findings indicate that microplastics have accumulated far from population centers and that polar sea ice represents a major historic global sink of man-made particulates."

Ocean garbage can have a number of devastating impacts on marine animals, in addition to elevating the risk of choking, suffocating or injury.

Earlier this month, researchers published a study in the Proceedings of the National Academy of Sciences suggesting 90% of the world's seabirds likely have plastic in their guts.

Birds are mistaking the plastic for eggs, an act that is causing them to ingest an 'astronomical' amount of plastic.

RELATED: Plastic microbeads from toothpaste are getting stuck in people's gums

“They think they’re getting a proper meal but they’re really getting a plastic meal," study co-author study coauthor Denise Hardesty told The Guardian.

STEPS BEING TAKEN TO PROTECT THE OCEAN

California isn't the only area that's hoping to ban the use of microbeads.

In July, it was announced the Canadian government is taking steps to ban the use of microbeads in all personal care products.

"Banning microbeads from personal care products will help us to continue protecting the environment for present and future generations,” Minister of Labour and Minister on the Status of Women Dr. K. Kellie Leitch said in a press release.

“We will continue to take action to keep Canada's lakes and rivers clean, and put the priorities of Canadians first."

Some industry heavy hitters, like Loblaw, Proctor & Gamble and Crest, have pledged to phase out the use of microbeads, following repeated requests from consumers.

Companies are stepping up in other ways as well: In July, footwear and clothing manufacturer Adidas debuted the world's first sneaker made almost entirely from recycled ocean waste.

Adidas is partnering with Parley for the Oceans to release a line of consumer-ready products made from ocean plastics later this year.

"We are extremely proud that Adidas is joining us in this mission and is putting its creative force behind this partnership to show that it is possible to turn ocean plastic into something cool," Parley for the Oceans founder Cyrill Gutsch ays in a statement.

Adidas has also claimed it will phase out the use of plastic bags in all of its retail stores.

While a portion of the plastic swirling in the ocean is the result of commercial practices, there are ways to reduce the amount of trash that makes its way into waterways.

The One World One Ocean campaign recommends eating sustainable seafood, refusing to use single-use plastics and using reusable utensils.

"Be selfish for a moment. Forget all the seabirds, turtles, seals, sharks and other species already threatened that are dying from plastic in their habitat," One World One Ocean says on its website.

"Forget about the added pressure this puts on ecosystems already in decline. The plastic is entering our food stream through the sea life we eat. The breaking down of plastic into toxins that are then ingested by fish and other ocean species sends toxins up the food chain, impacting your dinner plate .... There are tons of easy ways to use less plastic every day."