Expired News - SETI signal was from Earth, but what if it had been aliens? - The Weather Network
We use cookies on this site to improve your experience as explained in our Cookie Policy. You can reject cookies by changing your browser settings.   READ MORE I ACCEPT

News
Editor's Choice
Hurricane Ian: 'Life-threatening' situation unfolds
What if the signal SETI is currently investigating really had been from aliens? Plus, astronomers find new objects in the outer solar system and a kilotonne asteroid buzzes Earth. It's What's Up In Space!
OUT OF THIS WORLD | What's Up In Space - a weekly look at the biggest news coming down to Earth from space

SETI signal was from Earth, but what if it had been aliens?

Friday, September 2, 2016, 12:23 AM - What if the signal SETI is currently investigating really had been from aliens? Plus, astronomers find new objects in the outer solar system and a kilotonne asteroid buzzes Earth. It's What's Up In Space!

Originally published on Tuesday, August 30, this article has been updated to reflect new information pertaining to the SETI story.

What if it WAS aliens?

Okay, so SETI - the Search for Extraterrestrial Intelligence - is currently pointing the Allan Telescope Array in the direction of the HD 164595 star system, some 94 light years away, in the hopes that maybe, just maybe, they can pick up a signal from there.

Why? Because they were contacted recently by an astronomer who said that the Russian RATAN-600 radio telescope picked something up from that direction in May of 2015 - something that perhaps deserves a closer look.

The unfortunate followup to all of the media hype that's come of this is, essentially, an icy bucket of water dumped over the head.

This was NOT a signal from an alien civilization.

A statement from the Russian Academy of Sciences Special Astrophysical Observatory (SAO RAS), released Wednesday, said that "an interesting radio signal at a wavelength of 2.7 cm was detected in the direction of one of the objects (star system HD164595 in Hercules) in 2015. Subsequent processing and analysis of the signal revealed its most probable terrestrial origin."

Other unusual signals have been detected in the past, along with the same claims of potential alien origin, and nothing has come of them. Even the famous Wow! Signal could just be radio emissions from a pair of comets that were flying by in 1977.

With SETI's followup investigation with the Allan Telescope Array, nothing has been found so far, and it is doubtful they will actually see anything. The RATAN-600 telescope only saw one signal from 39 different scans of the region of space where HD 164595 is. The odds of there being a repeat signal just when the Allan array is looking is pretty remote.

What if, however, this was an alien signal? What kind of a civilization could send such a pulse of energy across 94 light years of space to reach us?

Seth Shostak, Senior Astronomer for SETI, points out two different scenarios for how this signal could have been sent:

(1) They decide to broadcast in all directions. Then the required power is 1020 watts, or 100 billion billion watts. That’s hundreds of times more energy than all the sunlight falling on Earth, and would obviously require power sources far beyond any we have.
(2) They aim their transmission at us. This will reduce the power requirement, but even if they are using an antenna the size of the 1000-foot Arecibo instrument, they would still need to wield more than a trillion watts, which is comparable to the total energy consumption of all humankind.
Both scenarios require an effort far, far beyond what we ourselves could do, and it’s hard to understand why anyone would want to target our solar system with a strong signal. This star system is so far away they won’t have yet picked up any TV or radar that would tell them that we’re here.

So, assuming that somehow knew we were here - perhaps having discovered planets here with their own version of the Kepler telescope - what kind of civilization could send out a signal like this?

In 1964, the Kardashev scale was proposed - by a Russian astrophysicist of the same name - which defined civilizations based on how much energy they're capable of tapping into.

So, unless we want to assume that these hypothetical aliens would leave themselves largely powerless for an entire year, just to send a brief pulse of energy, we must be dealing with at least a Type II civilization.

What else could we tell about such a civilization? Very little.

All we know about HD 164595 is that it is a star similar to our Sun, with a Neptune-sized planet orbiting around it closer than Mercury orbits our Sun. Other planets could be there, further out. There could even be a truly "Earth-like" planet there - water, atmosphere, plant and animal life, the works. We just don't know. 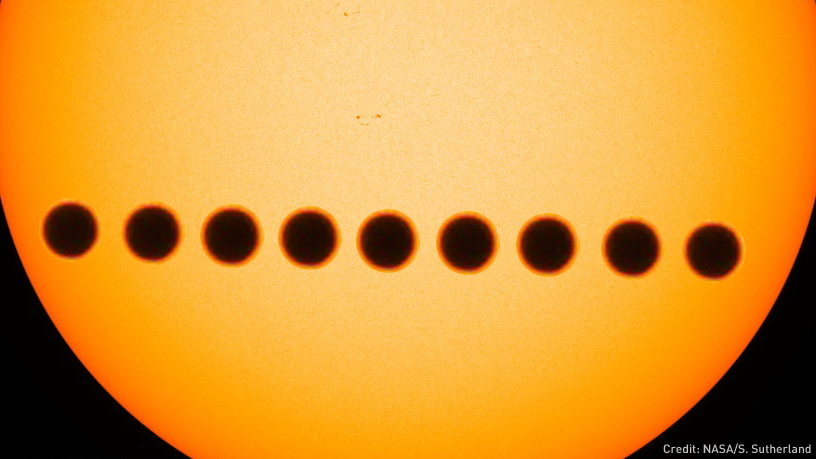 The transit of Neptune-sized planet HD 164595 b across the face of its star, as viewed from a hypothetical inhabited planet orbiting at a distance similar to Earth. Credit: NASA/S. Sutherland

One point that cast significant doubt on this being an alien signal, even before the SAO RAS statement, was its singular nature.

Whenever scientists receive some kind of indication of something unusual - a signal from space, a hint of an undiscovered planet (either here or orbiting a distant star) - we gather independent evidence, to verify the discovery. It's a fairly safe assumption that any technologically-advanced, and presumably scientifically-advanced, alien race would do so as well.

So, if we assume that were the case, why only send out one brief signal? The Arecibo message, which was beamed out into space on November 16, 1974, was broadcast once, and for only three minutes, however it was not being sent to a nearby star system with the intention to strike up a conversation. It was aimed at one of our galaxy's companions, globular star cluster M13, around 25,000 light years away.

If an alien species were attempting to communicate with us, sending a continuous or repeating signal would make more sense.

When it was announced that there was the potential for another planet, somewhat bigger than Earth, out far beyond the orbit of Pluto, it sparked off a hunt. Astronomers have now been scouring the outer solar system looking for more evidence of this planet's existence.

Rather than the planet, though, they've discovered more of the smaller objects that started the speculation about Planet Nine in the first place.

According to the Carnegie Institution for Science:

The new objects they have submitted to the Minor Planet Center for designation include 2014 SR349, which adds to the class of the rare extreme trans-Neptunian objects. It exhibits similar orbital characteristics to the previously known extreme bodies whose positions and movements led Sheppard and Trujillo to initially propose the influence of Planet X.
Another new extreme object they found, 2013 FT28, has some characteristics similar to the other extreme objects but also some differences. The orbit of an object is defined by six parameters.  The clustering of several of these parameters is the main argument for a ninth planet to exist in the outer solar system. 2013 FT28 shows similar clustering in some of these parameters (its semi-major axis, eccentricity, inclination, and argument of perihelion angle, for angle enthusiasts out there) but one of these parameters, an angle called the longitude of perihelion, is different from that of the other extreme objects, which makes that particular clustering trend less strong.
Another discovery, 2014 FE72, is the first distant Oort Cloud object found with an orbit entirely beyond Neptune. It has an orbit that takes the object so far away from the Sun (some 3000 times farther than Earth) that it is likely being influenced by forces of gravity from beyond our Solar System such as other stars and the galactic tide. It is the first object observed at such a large distance.

The array of objects being discovered on this hunt is fascinating.

Over the weekend, astronomers spotted an asteroid that has stood out among more recent flybys.

asteroid #2016QA2 had an extremely close but safe encounter with #Earth earlier today. We did this stunning movie. pic.twitter.com/bPvA6k54iv

This was certainly a safe pass, so not particularly worth worrying about, but given that this asteroid is bigger than the rock that exploded over Chelyabinsk, Russia in February of 2013, it highlights our need to step up the detection of these potential hazards.

NASA's latest effort towards this, the OSIRIS-REx asteroid sample return mission, is scheduled to launch in just over a week. Stay tuned for coverage of this important mission.