Expired News - Satellites capture Fort McMurray wildfires from space - The Weather Network
We use cookies on this site to improve your experience as explained in our Cookie Policy. You can reject cookies by changing your browser settings.   READ MORE I ACCEPT

News
Editor's Choice
Fall 2021: Your next three months of weather, here!
OUT OF THIS WORLD | Earth, Space And The Stuff In Between - a daily journey through weather, space and science with meteorologist/science writer Scott Sutherland 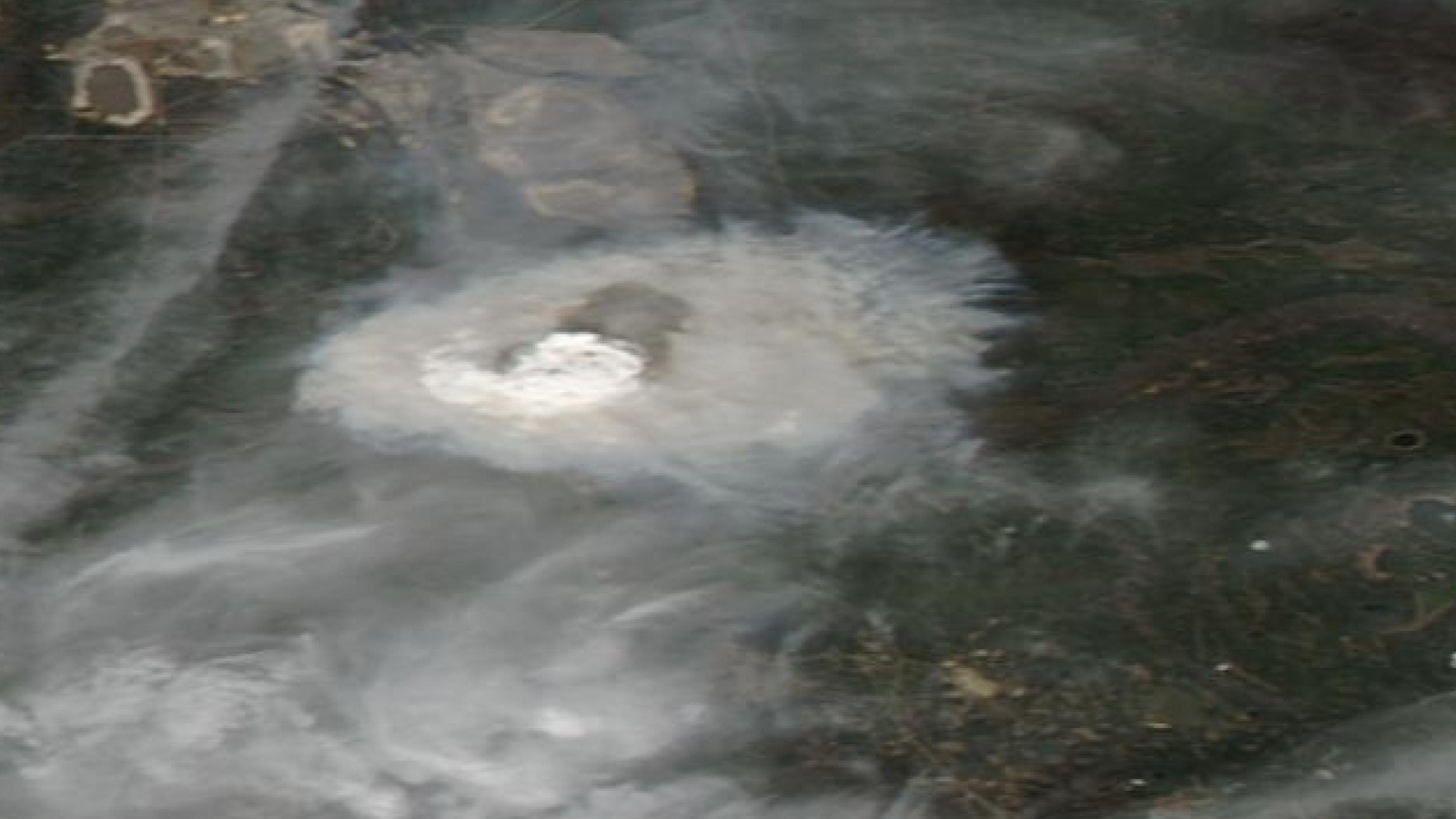 Smoke billows over Fort McMurray, Alberta on May 3, 2016, due to devastating wildfires. Credit: NASA-Aqua/MODIS

Friday, May 6, 2016, 12:06 PM - Update: New imagery from late on Thursday and overnight Friday reveal just how much these fires have spread.

As imagery continues to stream in from those on the ground in and around Fort McMurray, Alberta, satellites far above the planet have been capturing the view from space.

NASA's Earth Observing fleet of satellites have made several passes over Alberta this week, both day and night, snapping images on each orbit.

In the updated animation below - a series of imagery from NASA's Terra, Aqua and Suomi NPP satellites - reveal how the fires have progressed from overnight Sunday through to overnight on Thursday.

Terra/MODIS, Aqua/MODIS and Suomi NPP/VIIRS imagery from May 1 to May 6, 2016. For reference, inset images in panels from May 2-6 show what the area should look like, without the smoke and fires. Credit: NASA/University of Wisconsin/S. Sutherland

The latest images above show just how much these wildfires have grown, and just how dire the situation is for Fort McMurray.

Using a combination of visible and infrared imagery from the Suomi NPP satellite, this false-colour view of the Fort McMurray area highlights the thermal signature from the fires, and distinguishes between clouds and smoke.

Mixed in with the clouds and smoke in the last panel above, on May 4, are pyrocumulus clouds. Normal puffy cumulus clouds are formed as heat radiated from sunlit ground warms the air, causing it to rise and cool, which condenses out the water vapour in that parcel of air. Pyrocumulus form in almost the exact same way, except the source of heat is the wildfire. Since the heat being released is far more intense than you'd see during the development of a normal cumulus cloud, the air in and around these clouds can be very turbulent.

As Weather Network stormhunter Mark Robinson points out below, some of these clouds developed a "pileous" cloud on top - the smooth, bulbous cloud above the main puffy clouds - which indicates intense updrafts inside the storm due to the intense heat underneath.

Pyrocumulus building so fast it's got a pilleus cap on it. Tremendous heat underneath #ymmfire @weathernetwork pic.twitter.com/mUgcfHtTj8

The astronauts on the International Space Station have had an even closer vantage point from low-Earth orbit. Tim Peake, the European Space Agency astronaut from the UK, posted these images to his Flickr account, from when the station flew over the area on Friday, May 6 (top row) and Sunday, May 8 (bottom row).

• Latest fire updates
• The initial evacuation in 19 terrifying videos
• Everything you need to know about the fires, here