Expired News - Rock comet meteors compete with bright Full Moon - The Weather Network
We use cookies on this site to improve your experience as explained in our Cookie Policy. You can reject cookies by changing your browser settings.   READ MORE I ACCEPT

News
Editor's Choice
Official 2021 Fall Forecast release, HERE
Meteor shower: Cloud cover may limit your viewing area
OUT OF THIS WORLD | Night Sky this Week - a weekly look at what there is to see in the night sky

• The Geminid meteor shower is one of the best of the year
• The shower originates from "rock comet" 3200 Phaethon
• The meteors, usually white or yellow, appear to originate from the constellation Gemini
• Up to 120 meteors per hour are visible under ideal, dark sky conditions
• The December Super Full Moon will make the 2016 Geminids challenging
• Due to the Moon's brightness, we may only see a dozen or two meteors per hour

On the night of December 13 and 14, the annual Geminid meteor shower is expected to light up the night sky with streaks of light, however viewers will have to contend with the light from December's large and bright Full Moon at the same time.

Starting on Dec 4 and running through until Dec 17, Earth is passing through a trail of rocky debris in space, left behind by a strange object as it orbits around the Sun. This object, known as 3200 Phaethon, is an asteroid, but its orbit - which carries it far out and above the inner solar system and then back very close to the Sun, every 17 months, 8 days and 12 hours - is closer to what we'd expect from a comet.

Additionally, 3200 Phaethon's proximity during its closest pass round the Sun (perihelion) heats the asteroid's surface, blasting off bits of rock and dust, so that it leaves behind a trail of debris along its orbit. This is similar to how comets leave behind a trail of rock and ice due to their interaction with the Sun. Due to these two similarities, 3200 Phaethon has come to be known as a "rock comet."

Each year, in early to mid-December, Earth comes very close to the orbital path of 3200 Phaethon, and the planet's atmosphere sweeps up a portion of the dust and gravel that lies along its orbit. Since the meteors that are produced by this appear to originate from the vicinity of the constellation Gemini, this is known as the Geminid meteor shower.

On the night of December 13-14, the meteor shower peaks, due to Earth passing through the densest portion of the meteoroid stream.

The position of the Geminids radiant on the evening of Dec 13, 2016, in the constellation Gemini. Credit: Stellarium/S. Sutherland

The Geminid radiant - the point in the night sky where the meteors appear to originate from - rises just after sunset and remains in the sky all night long on the 13th to the 14th. Additionally, unlike some meteor shower radiants that arch through the sky closer to the horizon, the Geminids radiant climbs high, reaching the ideal "zenith" position (directly overhead) in the hours after midnight, on the morning of Dec 14. This positioning of the radiant tends to give the greatest number of visible meteors, and the Geminids are known for delivering up to 120 meteors per hour during this time. 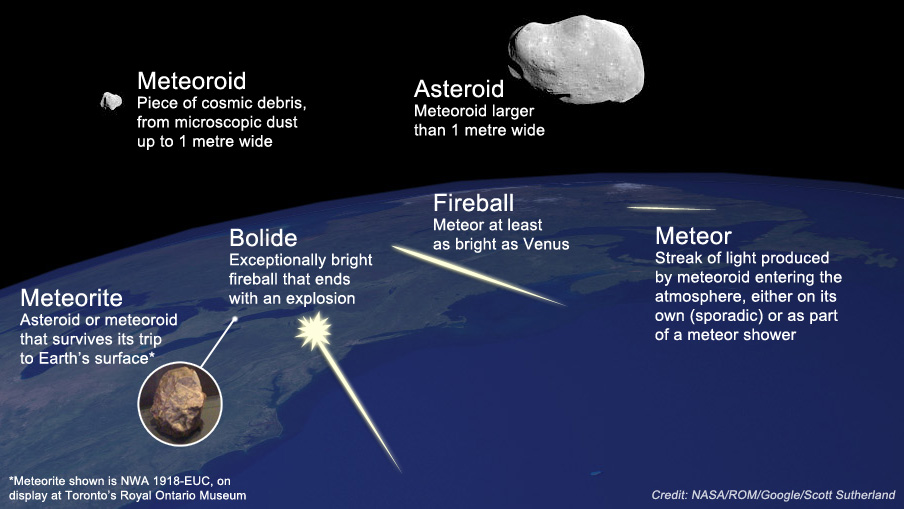 The only down-side of the 2016 Geminid meteor shower peak is the timing with the Full Moon.

Tuesday night's Full Moon will be 14 per cent larger than the average Full Moon, which will be difficult to notice, but it will also be roughly 30 per cent brighter than normal. This will pose a challenge for viewing the Geminids on that night.

The Geminids do have an advantage, however, since the gravel and dust particles left behind by 3200 Phaethon tend to produce meteors that are quite a bit brighter than those from a normal comet. It's this extra brightness that has many a skywatcher labelling the Geminids as the best meteor shower of the entire year.

So, even with the bright light of this extra-large Full Moon, skywatchers that can get away from the majority of city lights should see about a dozen or so meteors per hour, maybe more if they can access some truly dark skies.

Besides light pollution and the Full Moon, being able to watch a meteor shower depends greatly on the weather conditions going on in your area on the night in question.

For a recap, scroll back up to the top of the article to watch Emily Vukovic present the cloud conditions across Canada for the meteor shower peak.

Stuck under light polluted or cloudy skies? No chance to get out to see the Geminids on Tuesday?

Watch the meteor shower from anywhere in the world, even indoors, thanks to the Slooh Community Observatory, and their livestream of the event.

During the show, Monteux will be joined by Slooh Astronomers, Paul Cox and Eric Edelman, as well as journalist and author, Bob Berman, and Slooh’s Human Spirit Correspondent, Helen Avery. Together, they’ll bring viewers five hours of live meteors, and everything viewers need to know to enjoy the spectacle. They’ll discuss the fascinating object that causes the Geminids, explain why the Geminid Meteor Shower is so active each year, regale them with the mythological story of the Gemini twins, Castor and Pollux, and teach viewers how to take their very own meteor photographs.
The livestream will bring together live meteor feeds from Slooh’s flagship observatory at the Institute of Astrophysics of the Canary Islands, the United Kingdom, Sweden, and Slooh’s HQ in Connecticut. Not only will viewers be able to see meteors whizzing by these many low light cameras, they’ll also get a chance to hear the bit of space debris as they collide with Earth’s atmosphere, thanks to Slooh's special radio feed.

Tune in via the embedded video stream below:

Related Video: A little bit asteroid, a little bit comet too. 3200 Phaethon is a strange object, indeed, and Science@NASA reveals yet another comet-like feature it sprouted.