Expired News - Hawaiian Island erased by one of 2018's many Cat 5 storms - The Weather Network
We use cookies on this site to improve your experience as explained in our Cookie Policy. You can reject cookies by changing your browser settings.   READ MORE I ACCEPT

Hawaiian Island erased by one of 2018's many Cat 5 storms

Wednesday, October 24, 2018, 11:00 AM - University of Hawaii scientist Chip Fletcher knew East Island was going to be gone one day. He just didn't expect it to be this week.

Researchers confirmed this week that East Island, a remote part of the Hawaiian chain, was washed off the map by Hurricane Walaka, one of the nine tropical cyclones worldwide to reach Category 5 strength in 2018. A news release from the Papahānaumokuākea Marine National Monument confirmed "significant changes" to parts of the French Frigate Shoals in the wake of Walaka, which was a Category 4 hurricane with winds near 220 km/h when it swept across the chain on October 3. 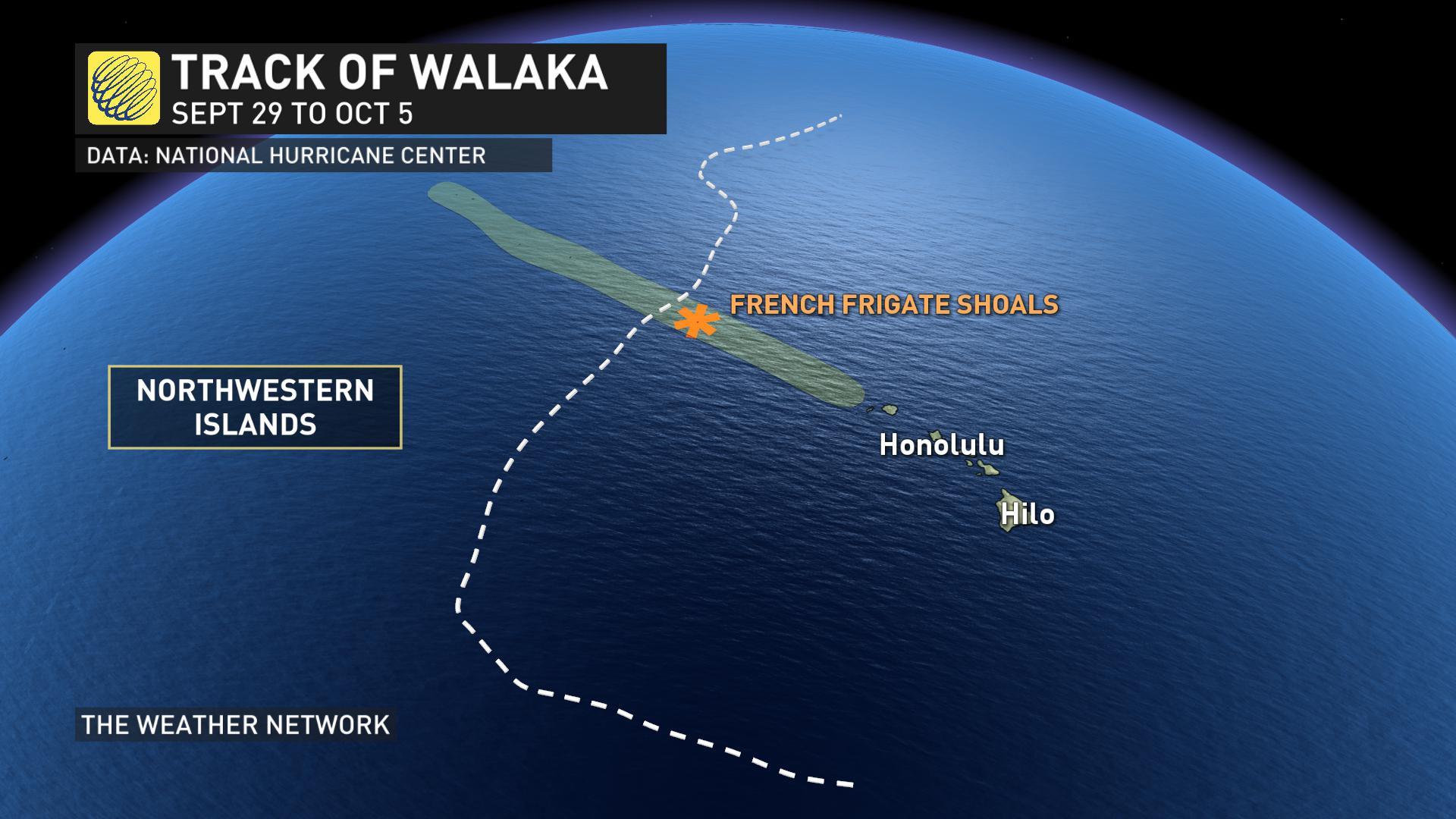 Aerial images released by the U.S. Fish and Wildlife Service show the dramatic before and after of the (formerly) second-largest islet in the French Frigate Shoals, East Island, which appears to have been completely submerged by storm surge from Walaka. While the islet is small -- only about a kilometre long, and 120 metres wide -- it is a critical habitat for the Hawaiian monk seal, Hawaiin green sea turtle, and several species of seabirds.


In addition to the swamped East Island, the aerial survey showed "alterations" to neighbouring Tern Island.

The French Frigate Shoals are home to the nesting grounds for 96 per cent of the threatened Hawaiian green sea turtle, more than half of which nested on East Island, according to a report from Honolulu Civil Beat. A conservation biologist with NOAA, Charles Littnan, told Civil Beat that about one-seventh of the critically endangered Hawaiian monk seals in the world were born on the islet. “There’s no doubt that it was the most important single islet for sea turtle nesting,” he said.

This isn't the first island to submerge in the group; Whale-Skate Island was completely washed over by the late 1990s and has not re-emerged. Fletcher told MSN that the East's disappearance "makes sense". "This is not surprising when you consider the bad luck of a hurricane going into that vicinity and sea level rise already sort of deemed the stressor in the background for these ecosystems,” he said. “The probability of occurrences like this goes up with climate change." There's no way to know at this point if East island will resurface.

Hurricane Walaka was second category 5 hurricane of the year east of the International Date Line, following after August's Hurricane Lane, which brought significant damage to parts of the larger Hawaiian Island chain. The storm also made a significant contribution to the ongoing record-high Accumulated Cyclone Energy (ACE) for the northeast Pacific for 2018.