Expired News - Ozone hole showing 'first fingerprints of healing' - The Weather Network
We use cookies on this site to improve your experience as explained in our Cookie Policy. You can reject cookies by changing your browser settings.   READ MORE I ACCEPT

News
Editor's Choice
'Health and climate are not separate from one another'
Growth of the 2015 Antarctic Ozone Hole - NASA Goddard
OUT OF THIS WORLD | Earth, Space And The Stuff In Between - a daily journey through weather, space and science with meteorologist/science writer Scott Sutherland

Monday, July 4, 2016, 1:07 PM - A new international study is revealing what could be the signs that the Antarctic ozone hole is healing, and could even be permanently closed by the middle of this century.

In recent years, there has been some encouraging news regarding the Antarctic ozone hole. After a few decades of growing larger and larger due to man-made chemicals concentrating in the stratosphere and reaching its largest expanse ever in 2006, the size of the ozone hole over the past 15 years or so has leveled off and is even decreasing. Studies have reported that, while each year is a little different from the last, with a slightly larger or smaller ozone hole at the September/October peak depending on the weather, overall there's been a downward trend in their size over the past decade.

Now, a new study by scientists at MIT, the National Center for Atmospheric Research (NCAR) in Boulder, CO, and the University of Leeds in the UK, has looked specifically at how quickly each year's hole opens up during the month of September, and they've noticed another encouraging trend.

From 2000 to 2015, the growth of the Antarctic ozone hole has been slowing, and the slowdown points to lower concentrations of ozone-depleting chemicals in the stratosphere - specifically chlorine from the chlorofluorocarbons (CFCs) used as propellants in aerosol spray cans and coolants in refrigeration systems for years.

"I think people, myself included, had been too focused on October, because that’s when the ozone hole is enormous, in its full glory, but October is also subject to the slings and arrows of other things that vary, like slight changes in meteorology. September is a better time to look because chlorine chemistry is firmly in control of the rate at which the hole forms at that time of year. That point hasn’t really been made strongly in the past."

Solomon and her team observed this slowdown by poring over years of Antarctic ozone measurements, meteorological data and even volcanic eruptions, from 2000 to 2015. Constructing a computer model to predict the size of the ozone hole based on the amount of chlorine estimated for any specific year, they compared this to their observations and found that they matched, with one exception. In 2015, the ozone hole reached its fourth largest extent on record. While this seemed to spoil the trend the study had found, the researchers were able to trace this to the April 2015 eruptions of the Calbuco volcano, in southern Chile.

While the fine particles blasted into the atmosphere by these eruptions wouldn't directly impact ozone levels, they do act as condensation nuclei for polar stratospheric clouds, which are typically observed over the Antarctic between the months of June and October. Thanks to Solomon's research, we've known since 1986 that these polar stratospheric clouds are chemical focal point where chlorine breaks down ozone. So, with increasing the amount of particles, and thus the extent of these clouds, the expected result is a larger ozone hole by the October peak.

Even with this outlier, according to the study, by 2015 the ozone hole was over 4 million square kilometres smaller than when it peaked in 2000. Furthermore, based on what the model showed, over half of that reduction in size can be attributed to lower chlorine concentrations.

This finding is a very encouraging result of the Montreal Protocol on Substances that Deplete the Ozone Layer, which came into force in 1989 to reduce the production of chlorofluorocarbons (CFCs), which had been shown to damage the ozone layer. While these chemicals are slow to dissipate in the atmosphere, slowing or halting their release into the environment would still allow the planet to eventually remove them from the atmosphere over time, and thus allow the ozone hole to close.

While any more large volcanic eruptions would slow the process, according to MIT News, Solomon believes that the Antarctic ozone hole could completely close, permanently, by the middle of this century.

"We can now be confident that the things we’ve done have put the planet on a path to heal," Solomon told MIT News. "Which is pretty good for us, isn’t it? Aren't we amazing humans, that we did something that created a situation that we decided collectively, as a world, 'Let's get rid of these molecules'? We got rid of them, and now we’re seeing the planet respond." 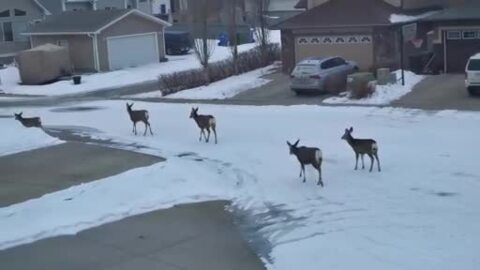