Expired News - Ottawa's urban forest walloped by tornadoes - The Weather Network
We use cookies on this site to improve your experience as explained in our Cookie Policy. You can reject cookies by changing your browser settings.   READ MORE I ACCEPT

Thursday, September 27, 2018, 12:23 PM - Catastrophic weather events such as the tornadoes that struck Ottawa last week are becoming increasingly common, and that's threatening the lush tree canopy that covers large parts of the city, according to an urban forestry expert.

Mike Rosen, president of Tree Canada, spent part of Wednesday — National Tree Day, as fate would have it — helping a co-worker clear her property of trees and branches downed in Friday's violent storm.

"She lost three mature, wonderful trees, a birch, a sugar maple and a juniper. I looked around the neighbourhood and sure enough, lots of trees were uprooted or broken," said Rosen, who last week helped plant trees in Fort McMurray, an area denuded in the 2016 wildfires.

Rosen believes urban forests across the country are under threat. 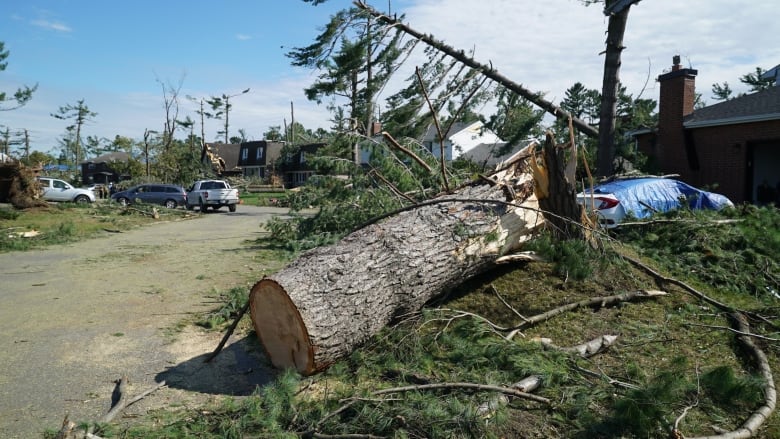 "We have lots of these weather events going on now, enough so that it really has an effect on the urban forest. I throw drought into this as well as almost a permanent weather event. Look at the summer we had in the Ottawa-Gatineau area. I mean, there was no rain for a six-week period," he said.

Rosen said it's too soon to tell how long it will take for Ottawa's trees to recover from the tornado damage.

SOME TREES CAN BE SAVED

Rosen compared the impact of the tornadoes to that of the 1998 ice storm, which crippled the region.

"The ice storm was a bit more traumatic because every single tree in the area was bearing the weight of that ice. But where the tornado touched was absolutely devastating, much more explosive than the ice storm."

Rosen cautioned homeowners not to give up on damaged trees until they're properly assessed to determine whether they're worth saving.

If a tree's roots are exposed, it won't survive, he said. Nor will a tree that's lost more than half its branches.

"Other than that, the branches and tops that have been clipped off by the winds can probably be pruned," Rosen said. "You should be looking at hiring an [ISA-certified] arborist. They're going to be really, really busy right now. But it's something that at some point you should look into."

WATCH BELOW: MAN SURVIVES GATINEAU TORNADO IN A PANTRY